Grain prices, which are hitting record highs as crop failures ripple around the globe, are likely to remain strong for at least three more years, the World Bank says, threatening to push the price of nutritious food beyond the reach of the world's poorest citizens.

The potential for a global food shortage prompted the bank on Monday to detail emergency measures, including billions of dollars in loans and assistance, to help developing countries deal with elevated grain prices that may linger until at least 2015.

While the massive drought in the United States has garnered a lot of attention, the situation is made worse by a shortage of rain that has damaged wheat crops in Russia, Ukraine and Kazakhstan. India's monsoon rainfall is also about 20 per cent below average, hurting crop prospects in the world's second-most-populous country, while excessive rain is pinching farm producers in many European countries.

Consumers around the world will pay more for bread, processed foods and meat, if poor weather leads to grain shortages.

That could rattle "global growth and social stability," the World Bank said in a statement, as the world's poorest spend up to two-thirds of their daily income on food. On the flip side, Canadian farmers, as well as their counterparts in developing countries, stand to benefit enormously as grain supplies teeter on the verge of disaster.

"Thus far, crop projections do not indicate the potential for actual shortages in the major grains," the World Bank said in a statement. "However, stocks are low, and the harvests will continue to be dependent upon global weather, which leaves prices more vulnerable to higher volatility."

The World Bank's warning focused on protecting the poor, noting that wheat prices are up over 50 per cent since mid-June, while corn is up 45 per cent since then. Soybeans have climbed 30 per cent since the beginning of June, and 60 per cent since the end of last year. Meanwhile, canola, which has emerged as Canada's largest crop, is also trading at record highs, said Patricia Mohr, a vice-president and commodity markets specialist at Bank of Nova Scotia.

"From the perspective of Canadian farmers, it is actually a positive," she said. "This fall, we may have a crop of oilseeds and grains which is a record in terms of revenue, provided the weather holds."

Indeed, canola could put $10-billion in revenue in the pockets of Canadian farmers this growing season, Ms. Mohr predicts. However, canola, used in processed foods and as a cooking oil, does not affect food prices as much as corn. In the United States, corn is crucial for livestock feed, which is why red meat prices could jump. Barley, largely used to feed livestock in Canada, is rallying on corn's shortcomings, again adding pressure to meat prices.

"We cannot allow short-term food-price spikes to have damaging long-term consequences for the world's most poor and vulnerable," Jim Yong Kim, the World Bank president, said in a statement. "When food prices rise sharply, families cope by pulling their kids out of school and eating cheaper, less nutritious food, which can have catastrophic life-long effects on the social, physical, and mental well being of millions of young people."

The World Bank's "commitments to agriculture and related sectors" exceeded $9-billion (U.S.) in fiscal 2012, the organization said, noting this extended beyond its projected lending under its agriculture plan. This assistance from the International Bank for Reconstruction and Development and the International Development Association is the highest in 20 years, the bank said.

Record grain prices, however, bring a sliver of good news to producers in developing countries. 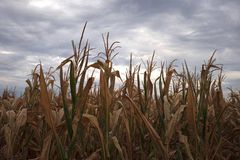 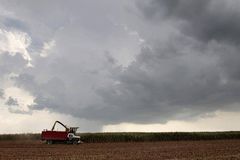 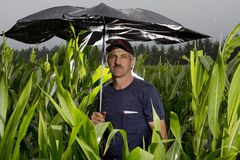 Worst U.S. drought in half a century sets stage for spike in food prices
July 19, 2012
The global implications of North America’s drought
July 16, 2012 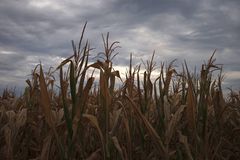