Carl Icahn had absolutely nothing to do with Apple Inc.'s phenomenal success, yet he wants to loot its treasure for his own gain. Sadly, Apple is complying. The company's new strategy is, apparently, to reward short-term investors, not those who were responsible for the innovation that made it the world's most valuable business. Welcome to financial capitalism gone mad.

Even though Apple, with a stock market value of $742-billion (U.S.), is up by more than 50 per cent in the past year, and has greatly outpaced the S&P 500 and every tech index ever invented, Mr. Icahn, the billionaire activist investor from New York, thinks it's wildly undervalued. He thinks Apple should be trading at $240 a share, almost double its disgraceful (to him) $130 current value. In a new letter to Apple CEO Tim Cook, he said: "Apple is poised to enter and in our view dominate two new categories (the television next year and the automobile by 2020) with a combined addressable market of $2.2-trillion, a view investors don't appear to factor into their valuation at all."

How does Mr. Icahn propose turning Apple into a company worth the gross domestic product of Canada? Will he personally fund a new R&D effort? Forget it. He just wants Apple to buy back shares by the supertanker load. "We are pleased that Apple has directionally followed our advice and repurchased $80-billion of its shares, but the company's enormous cash position continues to grow while the company's shares are still dramatically undervalued," he wrote. "Now is the time for a much larger buyback."

Apple recently larded another $50-billion onto its share-buyback program, taking its value to $200-billion by March, 2017. If Mr. Icahn and his rapacious colleagues, among them David Einhorn of Greenlight Capital, get their way, the buyback program will get even bigger. It's not that Apple can't afford the buybacks; it certainly can. At the end of the first quarter, it was sitting on $193.5-billion in cash (though a lot of it is parked in tax-friendly foreign havens).

Buying back shares just because you can afford to do so is not the point. The point is that buybacks are a legal form of stock manipulation that reward short-term thinking, not long-term planning for sustained rewards for all stakeholders, from employees to the government scientist who invented many of the innovations that go into each Apple device. As William Lazonick, economics professor at University of Massachusetts Lowell, has pointed out in several academic papers, Mr. Icahn and his ilk provided none of the money or the talent that created iTunes, iPad, iPhone, MacBook Air and other dazzling gadgets that have changed the way we communicate and entertain ourselves. But bystander status will nonetheless earn them outlandish rewards as the buybacks reach epic proportions.

Share buybacks are all the rage, have been since the early 1980s, when the U.S. Securities and Exchange Commission unveiled a rule that allowed large-scale buybacks. Before then, buybacks were legal, but only in small quantities. Since then, the buyback tally has shot into the trillions. In 2014 , S&P 500 companies alone bought back $553-billion of shares. Some big tech companies spend as much or more on buybacks than on R&D. Others return most or all of their profits to shareholders in the form of buybacks. Executives love them, because they boost returns, inflating stock-based pay. No wonder most executive pay is now linked to stock performance.

The serial users of buybacks include Exxon Mobil Corp., Microsoft Corp., Cisco Systems Inc. and IBM Corp.– industry leaders that managed to stay more or less competitive even though they hosed out fortunes to shareholders. We will never know how much more valuable those companies would have been had they not bought into the cult of shareholder value and spent the money instead on their businesses.

For some companies, lavish buybacks were clearly strategic failures. BlackBerry, back when it was Research in Motion, comes to mind. In 2009 and 2010, just as its smartphones were getting clobbered by the iPhone, it devoted $3-billion to buying its own shares. Since then, BlackBerry has been all but eradicated from the smartphone map. Imagine if it had devoted those funds to new products instead of trying to pump up its share price.

It's not hard to figure out why share buybacks are gaining momentum. Companies that made buybacks part of their financial DNA have outperformed those that have not, because they boost earnings per share (by reducing the number of shares outstanding), even if overall profits do not rise or even fall. Buybacks are typically more tax efficient than dividends, the other popular way to return cash to shareholders. Finally, the cost of borrowing for corporations is so cheap that it makes sense to raise debt to finance buybacks (watch out when interest rates rise). Apple is doing exactly that.

Lovers of share buybacks will argue that shareholders are the most important stakeholders, since they own the company. If excess cash piles up in the corner, it makes perfect sense to sweep some of it their way. But as Prof. Lazonick has pointed out, buybacks don't create real value, they extract real value. Apple may be the most successful tech company on the market by a long shot. It is not invincible. The day may come when it, like BlackBerry, regrets having devoted fortunes to hit-and-run shareholders like Mr. Icahn rather than its own long-term sustainability. 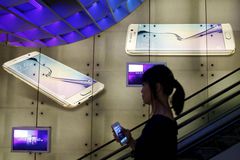