Every day at 7:40 a.m., 71 vans fan out from Building B at a sprawling warehouse complex north of the Beijing Capital International Airport. They are loaded down with the products that fill the metal shelves inside: Czech dark beer, Italian linguine, New Zealand honey, Malaysian cookies, German lumpfish caviar, Virgin Islands rum, Sri Lankan strawberry tea, Turkish figs, even Canadian shrimp.

The vans are the final step in connecting the warehouse's foods of the world to the hundreds of millions of Chinese Internet users converting their growing hunger for stuff into an e-commerce market that is now on the cusp of becoming the world's largest. Some estimate it has already eclipsed the U.S. in size.

Cyber Monday will bring maelstrom of clicks across North America amid a frenzy of buying that has come to mark the annual high point for online shopping. In China, the surge is becoming a daily reality.

Online sales in China reached $190-billion (U.S.) in 2012, according to international consultancy McKinsey. By 2020, the firm estimates, the country's Internet retailers will move some $650-billion in product. And for every $1 spent online, as much as 40 cents is new spending, McKinsey found.

The trend is evidence that, perhaps more than any other factor in China today, the Internet is helping to push the country toward the more consumer-driven economy its leaders have sought, rather than relying on exports. The diversity of available products and the ease of buying them is unleashing a new wave of materialism that is changing not just the fabric of retail, but the way China's enormous population wields its increasingly considerable wealth.

Building B, the Beijing centre of operations for online grocer SFBest.com, is at the front lines of this transformation. This is no ordinary warehouse.

At one end, orders pour in to screens at 14 cubicle terminals. Shortly after noon, an order appears for organic rice, brown sugar candy, seasoned dry tofu and shrimp crackers. Workers grab those orders, zig-zag through the dizzying warehouse – whose liquor section includes a Château Mouton Rothschild Cabernet Sauvignon at $4,344 – and deliver them to one of 30 packing stations. Each order, no matter how small, is pressed into boxes between air pillows. Goods such as apples are individually inspected for quality: Those with even a pin-head sized black mark are rejected. Then it's off to the vans, which push through Beijing's disastrous traffic to its sprawling apartment buildings. One delivery is to 29-year-old Qiao Lingxiao, who receives some chicken, six avocados and five passion fruits.

"Their delivery guys help me because I just gave birth," she says, as her 11-month-old boy howls in the background. Besides, she says, pulling out some pomelos she ordered online earlier, the kinds of fruit she wants simply aren't available in local supermarkets this time of year. She looks up to a corner of the apartment filled with flower pots, knickknacks and mementos. "Everything in that corner except for the shelf was bought online," she says – even the flowers themselves.

In a mall on the other side of Beijing, 24-year-old Zhou Mi waits for a friend. She is carrying a bag, but it contains nothing she has bought here: It's a gift of duty-free cosmetics purchased at the airport. Like many of her friends, Ms. Zhou comes to malls only to drink coffee, or perhaps watch a movie. Anything she wants to buy, she does online. It's cheaper, and the selection is irresistibly compelling. In a three-month spree, she estimates buying the equivalent of $3,500 to $5,000 in goods, a veritable deluge of spending in a city where the average gross salary stands at slightly more than $900 per month.

"It's been out of control," she admits, recounting the Ugg boots, socks and even more mundane items such as sugar and cooking utensils she has bought. "It's an endless shopping addiction," she says with a laugh.

Underlying the appetite for online spending growth is a bricks-and-mortar retail system that remains notoriously inefficient. In China, few retailers have a national presence, with the efficiencies that entails, so even when products are available in store, they tend to be expensive. And in many lower-profile cities, desirable items are nowhere to be found. McKinsey found that in some smaller, so-called tier-four cities, as much as 27 per cent of disposable income is already spent on the Internet.

On no day is that more obvious than Nov. 11, the day Chinese Internet giant Alibaba has marketed into the Chinese equivalent of Cyber Monday. This year, Alibaba itself did $5.7-billion in business, up 83 per cent from last year. In 2012, by comparison, U.S. e-tailers together did $1.46-billion in Cyber Monday sales. No. 2 Chinese e-retail company Jingdong processed 6.8 million orders this Nov. 11, the equivalent of every other person in Ontario ordering on just one website in a single day.

It's all done with a distinctly Chinese flavour: flashy sites bursting with content intended to convey a sense of busyness and excitement. Twenty-four-hour online chat services give consumers a sense of trust in what they buy. In Beijing, items bought before 11 a.m. or noon – it varies by company – arrive by evening. Some sites already offer three-hour delivery, for a charge, in big cities.

Shipping giant SFExpress, which owns SF Best, has even tested the use of drones to carry goods to remote areas. The company now runs a private fleet of 31 cargo aircraft.

The room for growth remains substantial: Only 45 per cent of Chinese have Internet access, and online stores have only recently begun to provide good access to smartphone shoppers.

At the beginning, Chinese online grocer Yihaodian catered largely to the young, the educated, the wealthy. "But now it's almost everybody," said Yu Gang, who helped found the company – today 51-per-cent owned by Walmart – after several executive positions at Dell and Amazon. As chairman of Yihaodian, or 1mall.com, he believes one day 30 per cent of all Chinese retail transactions will happen online.

"That's not optimistic. That will be the norm in the future. And it's not the distant future – probably in the next five to 10 years," he says. Smartphones are one reason. Not everyone has a computer. Most Chinese have phones, which allow them to "buy things everywhere and any time in any place," he says. "And as people's income continues to improve, it will enable a lot of people to buy online."

Profits hard to come by

Jeff Walters likes to play a game: Dream up the most obscure item he can imagine, then see if he can find it on a Chinese Internet shop. Once, he needed a part for a scuba-diving camera. He couldn't find it any store. But he found it online in China; it was delivered in less than a week. "I still can't stump myself when it comes to Chinese e-commerce. I still can't not find what I'm looking for," says Mr. Walters, Beijing-based partner and managing director with the Boston Consulting Group.

McKinsey estimates there are more than 50 million individual products for sale through the country's various sites. "Basically, you are talking about whatever is sold in the U.S. plus whatever is sold in China combined," says Yougang Chen, a McKinsey consultant.

There is, however, one thing missing from China's sprawling digital marketplace: profit. Though small vendors may be making some money, many of the largest retailers post balance sheets written in red. Yihaodian acknowledges it hasn't turned a profit. TooToo, an online grocer attempting to build an online Whole Foods in part by using its own organic farm, isn't profitable, though it says it's "pretty close." SF Best says it turns a "periodic profit." Jingdong says it is "around break-even," and "capable of generating profit at any time now."

"Among the very large players, I think the mindset right now is trying to gain share, and once you have defensible share you try to figure out how to make money," says Mr. Walters. "The exception is Alibaba."

But even Alibaba's profit isn't quite what it seems: The company "is making money on e-commerce not by selling product but by selling ads against it." A forecast by RedTech Advisors suggests shopping-site giant Taobao alone will bring in $4.6-billion in advertising revenue in 2013, close on the heels of search-engine giant Baidu, whose ad revenues are expected to hit $5.3-billion.

What China has yet to do is threaten revenues for Amazon and Google, although that too may be changing. Jingdong, for example, aims to be one of the world's top five e-commerce companies. Last year, it opened an international store that sells 400,000 items to 35 countries, including Canada.

"We really want to be an international company in the future," Jingdong spokeswoman Gloria Li says. 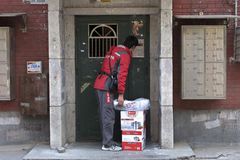 Don’t look now, but China has its own demographic dilemma
October 24, 2013 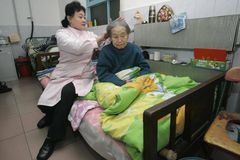 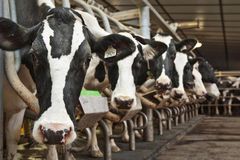 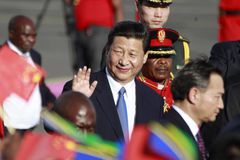 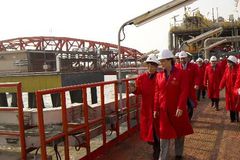