When Stewart Beck was Canada's high commissioner to India, he would regularly hop on flights from New Delhi to Ahmedabad, the largest city in the state of Gujarat, and notice there were 20 to 30 Japanese businessmen alongside him.

At the time, Gujarat's right-leaning, economic-development-focused chief minister was Narendra Modi, a man who has previously visited Japan and had expressed great admiration for like-minded Japanese Prime Minister Shinzo Abe. In marked contrast to other parts of India, doing business in Mr. Modi's state was streamlined and easy. And Japanese businesses seeking contracts in the $90-billion (U.S.) Delhi-Mumbai Industrial Corridor project – which traverses Gujarat – had in Mr. Modi an ardent believer in Japanese industrial ingenuity.

Mr. Modi, who was elected India's Prime Minister in May, concluded this week a highly successful five-day visit to Japan – his first as Prime Minister, and the most recent in a flurry of diplomatic activity aimed at shoring up relationships with India's neighbours to spur economic development at home. In Tokyo, Mr. Modi announced a special strategic and global partnership, upgraded investment and security ties, wooed Japanese chief executives and took a jab at an China's recent "expansionist" moves over contested maritime boundaries in the region, though he did not mention China by name. The visit was highly symbolic for the two leaders, both of whom have staked their reputations on reviving economic growth in their respective countries as they deal with regional tensions complicated by an increasingly assertive China.

For Mr. Beck, who met Mr. Modi several times and now heads the Asia Pacific Foundation of Canada in Vancouver, the Indian Prime Minister's moves fit into a tradition of wooing investment that began in Gujarat. His more aggressive statements, Mr. Beck says, are unlikely to have lasting impact on India's economic relations with China – India's largest trading partner.

"He's very pragmatic," says Mr. Beck, who spent eight years as a diplomat in both Taipei and Shanghai. "For him, it's about economic development. He will work with the Japanese and the Chinese."

Mr. Modi's admiration for Mr. Abe's conservative nationalism and Japan more broadly have echoes that stretch back to India's preindependence era, when Indian nationalists looked with awe at Japan's ability to modernize while maintaining a distinct cultural identity. Mr. Modi's much-anticipated visit to Japan began on a more modern note, however, with Japanese-language messages on Twitter, which were retweeted thousands of times.

Mr. Abe – who has been trying to boost growth with the fiscal stimulus, monetary easing and structural reforms of his so-called "Abenomics" – told Mr. Modi that "Japan-India relations have more potential than any other ties in the world." He consequently pledged roughly $33.4-billion worth of Japanese private investment and economic assistance over the next five years, an ambitious dedication born of struggling Japanese firms thirst for significant new markets.

Mr. Modi, meanwhile, coasted to a significant electoral mandate on his reputation as an efficient administrator capable of boosting the national economy. To do this, he needs to remove bureaucratic bottlenecks, bolster India's nascent manufacturing sector, and – most importantly – build out India's inadequate infrastructure. Having already eased some foreign-ownership restrictions, Mr. Modi will need help from multinational companies and foreign investors to accomplish this.

Rana Sarkar, KPMG's national director for high-growth markets and India in Toronto, says Japan needs India's market and India needs Japan's technical expertise, but that there is an opportunity for Canadian companies, as Japanese companies such as Toyota, Suzuki and Honda look at investing in India and its industrial corridor between Delhi and Mumbai.

"Canadian infrastructure companies and pension investors and others are very interested in that corridor," Mr. Sarkar says. "We need to get the Japanese on side and they could use us to take the spotlight off of them and make working in India easier." 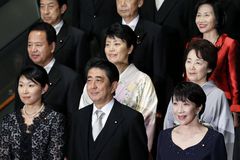 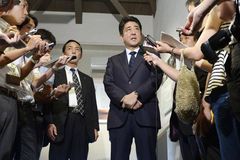