Indonesia will take more of the profits from its vast mineral resources by limiting foreign ownership of mines in a move likely to scare off new investment in the world's top exporter of thermal coal and tin.

Under new rules announced on the mining ministry's website, Southeast Asia's largest economy will require foreign companies to sell down stakes in mines and increase domestic ownership to at least 51 per cent by the 10th year of production.

The move is part of a global trend of increased resource nationalization that is pushing up the costs of mining for international companies and giving governments in emerging market countries more cash and clout.

Indonesia may have a fresh stamp of approval from ratings agencies as an investment grade nation, but the unexpected regulation underlines continuing policy uncertainties that have long been a major risk for investors hoping to tap some of the world's richest deposits of coal, gold and copper.

It was not clear how soon the regulation will apply to existing investors.

"The aim is the state has to get more. For new investment it will be simple, but for existing investment there must be renegotiation," Mining Minister Jero Wacik said.

Freeport, which is currently renegotiating the contract for its vast Grasberg gold and copper mine, said it was confident the Indonesian government will honour all existing contracts.

In a statement to Reuters in Jakarta, the company stressed there was a "mutual commitment as part of Freeport Indonesia efforts for future investment."

Spokesman Eric Kinneberg separately told Reuters in New York that Freeport's contract does not require the company to divest any portion of its ownership in its local units PT Freeport Indonesia or PT Indocopper Investama.

A spokesman for Denver-based Newmont said the company, the world's second-largest gold producer, believed the proposals would have no impact since it already divested and now owns a minority stake in the Indonesian unit that operates its Batu Hijau mine. A nearby development project, Elang, is covered by the same contract.

"The divestiture requirements outlined in the new law appear to be very similar to the terms of our existing contract of work," Omar Jabara said in an e-mail in New York.

He said 44 per cent of the shares in PT Newmont Nusa Tenggara are already owned by Indonesian entities and the remaining 7 per cent was already offered for sale and is awaiting final purchase from the Indonesian government.

After steep rises in commodity prices over the last decade, Indonesian politicians have become increasingly vocal in demanding better deals with mining companies, many of which were struck in the era of former autocratic leader Suharto.

The fast-growing mining sector accounts for over a tenth of GDP in the G20 economy.

The key mine at stake is Freeport's Grasberg, the world's largest gold mine and second-largest copper mine. Freeport currently owns about 90 per cent and has a long-standing contract, as do other major miners such as coal company Bumi PLC.

"I'm sure foreign investors will not invest in the mining sector any more in Indonesia. This policy will threaten Indonesia's mining investment climate," said Syahrir Abubakar, executive director of the Indonesian Mining Association.

The regulation supports a 2009 mining law, and strengthens an earlier 2010 regulation that called for foreign investors to sell a 20-per-cent stake to locals after five years.

While Freeport's mine alone accounts for 1.6 per cent of Indonesia's GDP, the government's revenues from it were hurt by an unprecedented three-month strike at Grasberg last year when workers pushed for more pay.

Some analysts argue Indonesia needs to strike a tougher bargain with foreign resource companies to make up for low overall tax revenues and to gain extra funds to overhaul the country's notoriously weak infrastructure.

"It's clear that the government was extremely unimpressed by events at Grasberg and I wouldn't be surprised to find they are taking a much tougher line with the international mining companies as a result," said Nic Brown, head of commodities research at investment bank Natixis.

"I wouldn't be surprised to find the government is pushing this 51-per-cent local ownership as part of these negotiations," he said. "It's part of a major long-term trend which will increase the costs of mining all the base metals across the world."

Broker Liberum Capital said miners such as Bumi and Freeport, who operate under the country's previous "contracts of work" licensing system will be required to shift to new "mining business licences" when their contracts expire.

Only last month, Freeport said it wanted to extend its contract with the government to enable it to run Grasberg beyond 2021, adding it wanted to work in Indonesia for "many more decades."

The 2009 mining law was aimed at boosting investment in mining and metals processing, but its supporting regulations have not gone down well with the industry and new investors still face risks such as policy reversals, local community demands, a tortuous permit process and poor infrastructure.

"The government regulation… is impossible for foreign mining investors. It's impossible if in only 10 years after production they have to divest 51 per cent of their stake in the mines," said the mining association's Mr. Abubakar.

Major foreign miners in Indonesia include Newmont and International Nickel Indonesia, part of Brazil's Vale SA. BHP Billiton Ltd. has a 75-per-cent stake in a $1.3-billion Kalimantan coal project, and France's Eramet has a nickel project with Japan's Mitsubishi Corp.

Newmont and partner Sumitomo Corp, which run the country's second-biggest copper mine, have already been required to sell 51 per cent in the mine to local state and private investors.

The sale of the final 7 per cent to the central government last year drew attacks from opposition lawmakers from the Golkar Party, who said it should go to local government. The family of Golkar chairman Aburizal Bakrie already indirectly owns 24 per cent of the mine through a consortium with local governments.

The new regulation calls for foreign companies to first offer stake sales to central government, followed by local government and state-owned enterprises, with private domestic firms able to win any leftovers via auction.

"As the divestment process with Newmont showed, [it]is far too easy to be hijacked by powerful business interests who may not have the best interests of the mine at heart," said risk analyst Keith Loveard of Jakarta-based Concord Consulting.

A recent disagreement between Nat Rothschild, scion of the European banking dynasty, with his Indonesia partners the Bakrie Group, over boardroom control of Bumi also shows an increasing tussle for control for some of the world's richest mines.

Analysts have said another previous regulation aimed at banning exports of some unprocessed metals from 2014 could also be an attempt to spur some miners to sell assets, since many were unlikely to comply by building costly local smelters. That regulation was introduced despite industry pleas to delay it.

"This is another step towards Indonesia becoming a political oligarchy of resource interests," said Kevin O'Rourke, an independent Jakarta-based political analyst. 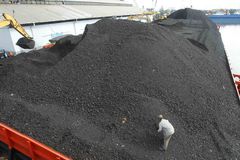 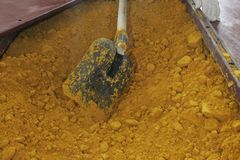 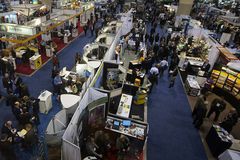