Profit at Italian bank UniCredit has all but evaporated and capital has shrunk to dangerous levels, results due on Monday will show as the bank prepares a $10-billion rights issue and 5,000 job cuts to get back on track.

In what will be Europe's biggest bank capital raising for over a year and Italy's biggest of the current crisis, the lender is set to ask for €7.5-billion from shareholders and retrench to its core operations as it releases a dire set of third quarter results.

The retrenchment will include an exit from its London-based equity sales and trading business.

Sources close to the operation told Reuters on Sunday that chief executive officer Federico Ghizzoni will announce the capital raising and the job cuts alongside a long-awaited strategic plan.

The rights issue will likely take place in the first quarter of 2012 – possibly as early as January – in the hope market conditions improve, three sources said.

By strengthening its capital base, reducing investment banking operations and refocusing on core businesses in Italy, Austria, Germany, Poland and Turkey, Mr. Ghizzoni hopes to ring-fence the country's biggest bank by assets from market volatility and stabilize profit.

UniCredit, the only Italian bank to have been included in the list of global systemically important financial institutions earlier this month, is the country's most internationally exposed lender, with operations in 22 countries.

But it is bearing the brunt as the euro zone's third-largest economy is sucked ever deeper into the region's debt crisis.

UniCredit holds €38-billion of Italian government bonds and its shares have lost half of their value since the beginning of the year. They were up 1 per cent on Monday in line with a wider market rebound, but still trading well below 1 euro.

Having refused, unlike Italian peer Intesa Sanpaolo, to tap the market when conditions were more favourable, it now faces the biggest capital shortfall – €7.4-billion – among Italian lenders to meet tougher European requirements.

That figure did not include €2.4-billion in hybrid instruments that UniCredit has been allowed by the Bank of Italy to count as core capital.

Still, Mr. Ghizzoni wants to raise enough money to be on the safe side of the 9 per cent Core Tier 1 benchmark set by the European Banking Authority last month and cut costs to revive the bank's profitability in the medium term, the sources said.

The closing of the western European equity sales, trading and research business, which is run from London, is part of a drive to shrink the volatile investment banking business and refocus on retail and corporate banking.

Disposal of minor assets in eastern European countries where UniCredit is not the market leader are also being considered, although the bank has no intention of selling its profitable Turkish and Polish units.

Mediobanca and Bank of America-Merrill Lynch are leading a large consortium of banks, including Credit Suisse, JPMorgan, BNP Paribas, Société Générale, UBS and Deutsche Bank for the capital increase. Their mandate expires in April 2012.

Mr. Ghizzoni needs to convince the bank's shareholder foundations – which together hold around 13 per cent of UniCredit – to back the bank's third capital increase since 2009 and the biggest one since the start of the financial crisis.

"The challenge will be to convince the foundations to substantially support it and to find a period where we can do it," one of the sources said.

The source said that UniCredit was also in talks with potential new investors in China and Qatar but these parties had not made any commitment to be part of the deal so far.

A further problem is the 7.5-per-cent stake held in UniCredit by Libya's central bank and sovereign wealth fund, which is technically still frozen because of the international sanctions imposed during the country's civil war.

UniCredit will also unveil its third-quarter results on Monday, which are expected to have been hit heavily by goodwill writedowns and market turmoil.

An analyst consensus distributed by UniCredit forecast net profit for the three months to September of just €6-million, compared with €334-million a year ago.

A €7.5-billion capital raise would be the biggest by a European bank for over a year, eclipsing a €5.3-billion cash call by Germany's Commerzbank and a €5-billion rights issue by Intesa, both in June. Deutsche Bank raised €10.2-billion in a rights issue in October, 2010. 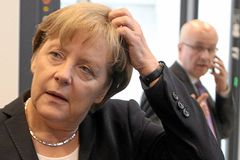 ECB backing away from role of emergency lender
November 14, 2011 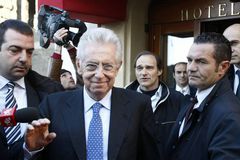