Jaguar Land Rover Ltd. officials took a close look at Canada as the location for a new assembly plant – including visiting a potential site in Windsor, Ont. – but the company is now planning to locate the factory in a low-cost country.

The latest failure to land a new auto plant, which would have been an investment by an auto maker not already building vehicles in Canada, stings more than recent decisions by global car companies to locate in Mexico, sources familiar with the Canadian effort said. That's because Jaguar Land Rover appeared to be seriously considering the Canadian bid, unlike investments in Mexico by Audi AG, BMW AG and Nissan Motor Co. Ltd., where Canada was not on the radar screen.

The pitch to the British-based luxury vehicle maker, which is owned by Tata Motors Ltd. of India, included the federal and Ontario governments, but began with the WindsorEssex Economic Development Corp. and its chief executive officer Sandra Pupatello, the sources said.

"We're out because they want to balance off high costs of production in the U.K. with somewhere low cost," said one source. The auto maker is also interested in locating a plant close to a deep-water port, which makes it easier to export finished vehicles and import engines and transmissions. Other sites in Ontario were considered in addition to the Windsor location.

The company is evaluating opportunities around the world to increase its manufacturing ability, but any discussions are confidential and no decisions have been made, Stuart Schorr, vice-president of communications of Jaguar Land Rover North America, said in an e-mail.

The issue of how much money the federal and Ontario governments are prepared to offer auto makers and the types of incentives available played a role in Jaguar Land Rover deciding to go elsewhere, sources said, as it did earlier this year when Ford Motor Co. chose Mexico over Windsor for a new family of small engines.

"Federal and provincial [money] combined does not equal what other jurisdictions are prepared to give these companies," another source said. "It is as simple as that."

Ontario Economic Development Minister Brad Duguid said he could not comment about specific negotiations, but noted that the province is competing against "several aggressive, low-cost jurisdictions in a very competitive global economy."

Ontario will continue to highlight its strengths, he said in a statement, including the lowest effective corporate tax rates in North America and a highly skilled work force that is known for turning out high-quality vehicles.

A spokesman for federal Industry Minister James Moore said the federal government does not comment on private negotiations.

Industry sources said the federal government's Automotive Innovation Fund can be a disincentive to auto makers comparing incentive packages because it provides taxable loans while other jurisdictions such as Mexico offer grants – as Ontario does.

"It really erodes the value of any participation by government for the same government to be taxing that back," one source said.

"If you're making them an investment pitch, no business wants to go through this complicated tax stuff. We should have: Here's the money you get."

The successes of the federal government program are well documented, the spokesman for Mr. Moore said, noting that the fund has led to billions of dollars of investment by auto makers. Ford Motor Co. and Guelph, Ont.-based parts maker Linamar Corp. are among the companies that have accepted money from the fund.

Honda Motor Co. Ltd. did not tap the fund for a retooling of its assembly plant in Alliston, Ont. 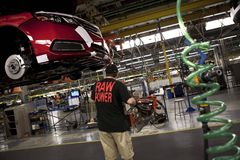 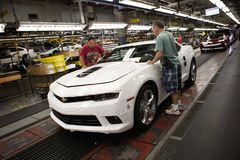 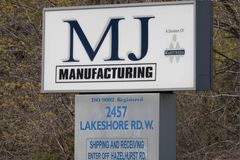