A move by the world's third-largest economy to join TPP makes the talks aimed at creating a free-trade zone in the Asia-Pacific region even more critical for Ottawa, which has made top priorities of diversifying Canada's trade partners and reducing dependence on the United States.

The TPP framework discussions, whose next round is scheduled for New Zealand in December, currently include countries comprising 658 million people and a combined annual economic output exceeding $20.5-trillion. Some experts believe the TPP talks could pave the way for a free-trade zone that would encompass the entire Asia-Pacific region including China and boost global trade by 12 per cent.

After ignoring the TPP for several years, the Conservative government of Stephen Harper reversed course late in 2011, signalling its desire to join the talks as it became clear they could lead to the creation of a free-trade pact far larger than NAFTA.

A successful TPP agreement could boost Canada's economy by as much as $10-billion (U.S.) or 0.5 per cent of annual GDP and increase Canadian exports by $15.7-billion or 2.6 per cent by 2025, according to a recent academic study. If successful, trade liberalization and tariff reductions achieved by the TPP could yield global income gains of $295-billion. Countries currently participating in the TPP talks include the United States, Australia, Chile, Malaysia, New Zealand, Peru, Singapore, Vietnam and Brunei. Mexico and Canada were officially invited to join the talks earlier this year following months of intense lobbying.

Japanese Prime Minister Yoshihiko Noda announced on the weekend his government's intention to join the TPP talks, creating what will be a key election issue for his struggling Democratic Party which must head to the polls before the summer.

In Japan, the possibility of joining the TPP talks has been a highly divisive issue as it would likely force the lifting of protections enjoyed by the country's heavily subsidized agricultural industry.

While Japan's agriculture industry and import restrictions are expected to pose significant hurdles to membership in the TPP, Canada faces many of the same challenges. Canadian dairy, egg and poultry farmers are protected by a system called "supply management" which regulates supply and shields Canadian producers from foreign competitors through tariffs ranging from 150 per cent to 300 per cent.

Ottawa has insisted it will not abandon the protections for these farmers despite the fact that a condition of the joining the TPP talks is that members must put everything on the table for negotiation.

The TPP is one of several international trade agreements Canada is pursuing, including potential deals with the European Union and India. Mr. Harper was in Asia last week, visiting India, the Philippines and Hong Kong in a bid to boost trade and business interests in the region.

"We welcome Japan's interest in joining the TPP. Japan's participation in the TPP would further strengthen Canada and Japan's strong trade and investment relationship. We are already working closely with Japan towards a bilateral free trade agreement that will bring new jobs and increased prosperity to Canadians and we would welcome the opportunity to also work together in the TPP," Caitlan Workman, a spokesperson for the department of foreign affairs and international trade, said in a statement.

News of Japan's hopes to join the TPP come as Canada and Japan are set to begin their first round of bi-lateral free-trade talks later this month in Tokyo. 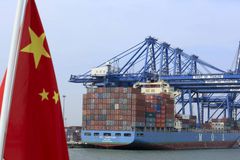 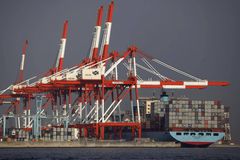