Canada's Khan Resources is gambling that an international arbitration case in Paris will allow it to regain control of a uranium project that, it claims, was illegally expropriated by the Mongolian government, leaving it with nothing but angry investors.

While Toronto-based Khan is only a bit player in the Canadian mining scene, resources companies with far-flung operations will likely pay close attention to the arbitration. International commercial arbitration in general, and arbitration cases against governments in particular, are becoming increasingly popular, to the point they are gaining favour over traditional courtroom litigation.

The rise of bilateral investment treaties is triggering a surge in commercial arbitration cases against governments, which are handled through the World Bank's arbitration court, known as ICSID – the International Centre for Settlement of Investment Disputes. The 3,000 international treaties, covering everything from hotel investments to dam construction, form the basis of the arbitration.

"International arbitration is used a lot," said Grant Edey, a former Iamgold chief financial officer who has been Khan's CEO since 2010. "It's being used more often as developing countries get more aggressive about taking control of their resources."

Khan had planned to develop a uranium mine in northeast Mongolia, near the Russian and Chinese borders, through an effective 68-per-cent stake in the Dornod deposit with state-controlled Russian and Mongolian partners. The property's potential was well known. The Russians had spent about $150-million (U.S.) exploring and partly developing the site before abandoning it 1995.

Khan took over the project in 2003 and went public on the Toronto Stock Exchange in 2006 (it has since been demoted to the CNSX market). After spending $21-million on exploration and development, it outlined its $330-million mining development plan three years later and expected to be in full production by 2013. The goal was to mine about three million pounds of uranium oxide a year over 15 years.

In 2009, Khan's ambitions fell apart when the Mongolian government passed a new nuclear energy law that would allow the government to take as much as 51 per cent of the Dornod project at no cost. Khan and a Russian company, ARMZ, would own the rest. Khan says it wasn't offered compensation for the downgrade to minority partner, nor were its mining permits renewed. At one point that year, ARMZ launched a hostile bid for Khan that went nowhere. Later, China National Nuclear Corp. did the same. Its bid also failed.

Khan shares collapsed, going from $4 (Canadian) to penny-stock status. On Wednesday, Khan traded at only 25 cents a share, giving the company a market value of $16-million.

Stuck in legal limbo, and without control of the Dornod project, Khan launched an arbitration case against the Mongolian government in 2011, seeking $326-million (U.S.) in compensation.

A tribunal was appointed and the case is to be heard in Paris starting Nov. 11. Arbitration specialist Yves Fortier, the former chairman of both Alcan and the Norton Rose law firm, was Khan's nominee to the tribunal.

International commercial arbitration cases are adjudicated behind closed doors, tend to be shorter, and produce final decisions that can't be appealed. But they are not necessarily cheaper. "Over all, businesses continue to show a preference for using arbitration over litigation for transnational disputes, although concerns remain about the costs of arbitration," a new PwC report on arbitration says.

Recent plaintiff victories have made them popular options despite the costs.

Earlier this month, Argentina agreed to compensate five companies that won arbitration cases. The payment is to be made in the form of dollar bonds with a face value of $506-million. The many cases against Argentina stem from the nationalizations and currency devaluations related to the country's sovereign default in 2001.

Mr. Edey said Khan has already spent $4-million on legal and tribunal fees. He would not rate the company's chances of success. "We're looking for closure after four years of uncertainty and insignificant value for our time, effort and money." 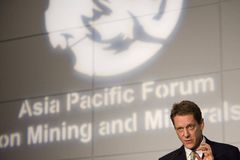