Amazon.com Inc. is expected to set up a digital bookstore in Brazil in Brazil in the fourth quarter, as it seeks to get a piece of the fast-growing online retail market in the country that inspired its name.

The e-commerce powerhouse, named after Brazil's longest river, wants to elbow its way into Latin America's largest economy with the popular Kindle e-reader and a Portuguese-language catalogue of digital books, according to Brazilian publishers and an industry source familiar with Amazon's plans.

The all-digital approach will allow Amazon to minimize the risks that a bigger retail launch would imply in a country with notorious infrastructure shortcomings and a complex, costly tax system.

The company would also have to ride out a downturn in Brazil's economy that threatens to cool consumer demand.

"Brazil would be the first country Amazon enters only with digital (products) and that is because of the logistic and tax difficulties," said the industry source, who spoke on condition of anonymity because of the sensitivity of the negotiations.

"Having a full retail operation? That's the goal," the source added.

A Brazil-based operation would save the country's 200 million consumers from paying high import taxes on online orders shipped from overseas.

"They told us the plan is to start between October and November," said one of the publishers, who asked not to be identified.

The world's largest online retailer, Amazon is the latest U.S. company looking to tap Brazil's $10.5-billion (U.S.) online retail market, which is expected to grow 25 per cent this year fuelled by a swelling middle class. Others include online movie service Netflix Inc. and home-rental service AirBnB.

It would be Amazon's latest foray into emerging markets after breaking into China in 2004 and India earlier this year.

But the move comes as Brazil's decade-long expansion in consumer growth hits the brakes.

In 2012, Brazil's economy is expected to grow less than last year's 2.7 per cent expansion, raising questions about the timing of Amazon's entrance.

"This year we should reach $12-billion in sales online, a level that justifies their entry. If they wait much longer it would become very expensive," he said.

Amazon thinks it could quickly dominate Brazil's e-book market with the Kindle, boosting sales of electronic books to 15 per cent of the publishing market in the first year of operations from 0.5 per cent currently, the industry source said.

Amazon hopes to grab 90 per cent of Brazil's e-book market, the source added, in part because many Brazilians already download content from its site using readers they bought abroad.

Brazilians account for 1 per cent of the global traffic to Amazon's websites, according to the company's information firm Alexa.

That compares to 2.3 per cent in Britain or 1.3 in Germany, where Amazon already has operations.

To gain market share quickly in Brazil, Amazon will likely sell its most basic Kindle model at a subsidized price of under 500 reais ($239 U.S.), three times more expensive than in the U.S. but still bellow rival products, the source said.

That strategy - prioritizing market share over profit - is one that Amazon has used elsewhere, prompting critics to question the company's ability to make money in the long run.

Amazon has already signed contracts with around 30 Brazilian publishers and is rushing to build a portfolio of some 10,000 electronic books ahead of the end-year shopping season, the source familiar with the company's plan said.

A publisher involved in the negotiations said Amazon is planning to price the e-books at about 70 per cent of their cover price and earn a profit margin of to 40 to 50 per cent.

"Revenues for us will be insignificant, but we see it as an important channel to promote our products and sell more physical books," the publisher said, who also asked not to be identified because negotiations with Amazon are ongoing.

Amazon's move could end up prompting other U.S. competitors to expand their digital operations into on Brazil. One distributor said Barnes & Noble Inc. has already approached some Brazilian publishers with its reader Nook.

A spokeswoman with the U.S. bookseller said they have plans to expand internationally but had no specific comments on Brazil.

"Local companies will need to acquire foreign technology in order to survive," said the source close to the negotiations.

Not An Easy Market

Rumors of Amazon's arrival are swirling in Brazil's online retail market, with many players already preparing marketplace platforms to compete with the U.S. giant.

Despite relatively low Internet penetration, Brazil has recently overtaken India as Facebook's second-biggest user base and is one of the world's fastest growing markets for smartphones.

But publishers and online retailers warn that when Amazon expands its retail offerings, it will struggle to replicate its efficient business model in Brazil, where labour costs are high, taxes complex and less than 20 per cent of roads are paved.

Online retailers in Brazil complain about inter-state taxes and logistical bottlenecks in this vast country, which is roughly the size of the United States and where mail is sometimes delivered by canoe.

Ludovino Lopes, head of Brazil's e-commerce association camara-e.net, says Amazon will have to adapt. "They will have to tropicalize their business model to take on those challenges."

One likely strategy is a long-term approach.

"I think Amazon will take small steps at first, to learn the market, but then invest in growth. Amazon is a large company, and could subsidize its operations in Brazil for years before making a profit there," said Colin Sebastian, an equity research analyst with R.W. Baird in San Francisco.

Local competitors say Amazon would first have to prove it can compete in the challenging environment.

"They are going to face the same kind of problems we always had," said Sergio Herz, director of Livraria Cultura, one of Brazil's top bookstores with a dozen locations.

"Until now they were in heaven and we were in hell. Come to hell with us, Amazon." 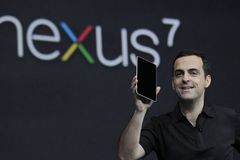 Barnes & Noble sales miss estimates due to light Nook sales
June 19, 2012
Report an error
Due to technical reasons, we have temporarily removed commenting from our articles. We hope to have this fixed soon. Thank you for your patience. If you are looking to give feedback on our new site, please send it along to feedback@globeandmail.com. If you want to write a letter to the editor, please forward to letters@globeandmail.com.
Comments