Brazil's economy posted extremely disappointing growth in the third quarter, piling pressure on President Dilma Rousseff to make deeper structural reforms and adding to fears that big emerging markets are getting dragged into the stagnant morass of the global economy.

The economy expanded just 0.6 per cent in the third quarter from the second quarter, government statistics agency IBGE said on Friday. That was just half the pace expected by financial markets, and below any of the forecasts by 42 analysts in a Reuters poll.

Brazil has been stuck in a pattern of slow growth since Ms. Rousseff took office last year, as companies struggle with high costs and severe infrastructure and labour bottlenecks. Ms. Rousseff has tried to revive activity with numerous tax cuts and other stimulus, but Friday's data showed that companies are not responding, as investment fell for a fifth straight quarter.

The continued weakness of Latin America's biggest economy was likely to reverberate in global markets, especially after India also posted lower-than-expected growth on Friday, putting it on track for its worst year in a decade.

Russia's economy is also slowing down, with growth of just 3.2 per cent expected next year, according to a Reuters poll published Friday. China, which has been Brazil's biggest trading partner, is on course to post its slowest annual expansion in 13 years.

For Brazil, Friday's data renews concerns that its slow growth is not a cyclical issue, but the result of deeply rooted structural problems after strong growth of the previous decade.

"The measures that the government imagined would be capable of bringing Brazil out of the global crisis weren't enough," said Walter Cover, president of Abramat, an association of construction materials companies.

The IBGE also revised down second-quarter growth to just 0.2 per cent compared to the first quarter from a previously reported 0.4 per cent.

Brazil's economy had been expected to grow about 1.5 per cent this year but several analysts said they were now likely to sharply lower their forecasts. Rafael Bacciotti, an economist at Tendencias consultancy in Sao Paulo, said the economy now looks set to grow a "maximum of 1 per cent" in 2012.

That model for years hinged on expanding consumer credit, which gave many poor Brazilians access to cars, TVs and other middle-class goods for the first time. Data indicates that many consumers have reached their debt limit, despite a massive year-long cycle of interest rate cuts, leaving few other strong motors to power Brazil's $2.5-trillion economy.

Pressure is likely to mount on the left-leaning Ms. Rousseff to make far deeper changes to Brazil's restrictive labour laws as well as its complex and onerous tax code, which many companies say makes investment prohibitively expensive.

Finance Minister Guido Mantega told reporters that growth was likely to speed up to 1 per cent in the fourth quarter, and that Brazil would implement new stimulus measures in coming weeks to help ensure a healthy 4 per cent expansion in 2013.

However, Mr. Mantega's credibility in financial markets has been diminished as his optimistic forecasts have repeatedly failed to come true. Meanwhile, other officials have indicated the coming stimulus will be targeted tax breaks to services sectors – which falls short of the broad overhaul companies say is needed.

"Cutting taxes and boosting investments is the right formula. Otherwise we are going to repeat this scenario in 2013," Mr. Cover said.

Brazil's currency and domestic interest rates futures slid on expectations the government would resort to a weaker real and possibly even lower interest rates to prop up the economy.

The Brazilian real lost 0.6 per cent by early afternoon to 2.11 per dollar, nearing a 3-1/2-year low. Interest rate futures dropped across the board at the BM&F Bovespa exchange. The contract maturing in January 2014, one of the most traded, dropped 12 basis points to 7.19 per cent.

Despite the slow growth, many aspects of Brazil's economy still seem healthy compared to much of the developed world. Unemployment remains near a record low of 5.3 per cent, government finances are in good shape, and Ms. Rousseff is popular as many voters believe the economy will eventually improve.

Ms. Rousseff has won some plaudits from foreign investors for efforts to address Brazil's supply-side bottlenecks. She has defied hard-left elements in her Workers' Party by allowing the private sector to build and operate airports and highways, and has also announced plans for a dramatic reduction in electricity costs, which are the world's third-highest.

However, some of the problems may take years to sort out. The growth of the past decade has left Brazil's infrastructure straining to keep up, while companies struggle to find qualified workers due to poor quality schools.

Ms. Rousseff's seemingly ad-hoc strategy of dishing out tax breaks and intervening in state-run companies has also prompted accusations that she is trying to pick winners and losers. That has created an uncertain investment climate that has dragged Brazil's benchmark stock index down 16 per cent since she took office in January 2011, compared with a 9 per cent rise in Mexico's stock index during that same period.

"Instead of making piecemeal measures, the government needs to give clear signals that it will make reforms, that Brazil will be competitive in the future," said Fabio Pina, economist at the Federation for Goods and Services in Sao Paulo.

One of the sectors where Ms. Rousseff has taken the most action – banks – underperformed badly in the third quarter.

Financial services fell 1.3 per cent compared to the previous quarter, contributing to zero growth in the services sector as a whole, which Mantega called a "negative surprise." Ms. Rousseff has urged banks to lend more and at lower rates, and has used state-run banks to push that drive forward, which has eaten into profits at privately owned lenders.

Household consumption was one of a few bright spots, rising 0.9 per cent from the previous quarter. Agriculture expanded 2.5 per cent. Industry also had its best performance since the second quarter of 2010, up 1.1 per cent, which Mantega said would help spur more investment going forward.

One other seasonal factor that may have played a role in the disappointing third quarter: government consumption expanded just 0.1 per cent, well behind the 1 per cent pace in the second quarter, due in part to tighter restrictions on official spending in the run-up to municipal elections in October. 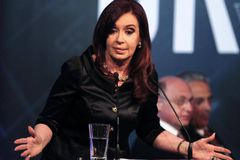 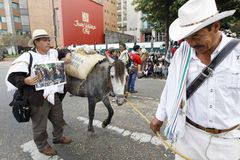 Petrobras to sell all refineries outside Brazil to enable massive expansion plan
November 29, 2012 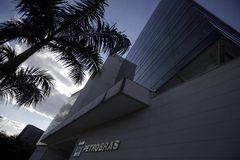