Leaders of the BRICS nations will meet July 15-16 in Fortaleza in northeastern Brazil, in a gathering that sends a strong message about their refusal to isolate Russia.

The top item on the agenda for the five countries – Brazil, Russia, India, China and South Africa – is finalizing terms for the new BRICS development bank, and the creation of a financial reserve fund: institutional steps that make clear they intend to act as a bloc to counter traditional Western influence.

The meeting will mark the first major international appearance by India's newly-elected leader Narendra Modi, where he is expected to hold bilateral meetings with Chinese leader Xi Jinping and Russian president Vladimir Putin.

"For Russia, this is huge, to have Putin at a major international conference. It's a very powerful symbol that he is not a pariah as the U.S. and Europe would like to have it seem," said Oliver Stuenkel, a specialist on the BRICS at the Getulio Vargas Foundation, a university in Sao Paulo.

The top item on the Fortaleza agenda is progress toward the opening of the BRICS development bank, which will fund infrastructure projects on the model of the World Bank. The group is widely expected to confirm Shangai as the headquarters for the bank, and to commit to having it operational by 2016. The bank will have an initial capitalization of $50-billion (U.S.), $10-billion from each member.

The central reserve fund, designed to assist members should they face balance of payments problems, will have an initial sum of $100-billion. It will function much like the International Monetary Fund. China will contribute $41-billion while Brazil, Russia and India will each contribute $18-billion and South Africa $5-billion to the initial capital – a symbolic indicator of the disproportionate Chinese heft in this alliance.

BRICS members have been trying for years to have a larger voice in the World Bank and IMF, but have been stymied, by the U.S. Congress in particular.

Christopher Wood, an analyst with the South African Institute for International Affairs in Johannesburg, said the BRICS bank will be a win for South Africa, which hopes to see the new lender operating throughout Africa, as a way of extending the influence of Pretoria. And as the smallest player in the club, South Africa stands to benefit from the currency pool, since its reserves are limited, he added.

Brazilian organizers say the leaders will commit to a Fortaleza Declaration on major international issues, such as the crises in Iraq and Syria and the World Trade Organization talks. But, as at previous summits, this may turn out to be a short document, since in reality there is not a lot of congruence of outlook in foreign policy between the five nations.

They do share an explicitly stated opposition to intervention, and advocate negotiated settlements. But they have not censured Russia for its actions in Crimea, and indeed condemned other international efforts to isolate the Putin government. As much as the others may personally disapprove of Mr. Putin's actions, they seem to be even more frustrated with the continuing hegemony of the United States, Prof. Stuenkel observed.

"There is no longer a willingness by emerging countries to be co-opted by U.S. and Europe," he said. Brazil, for example, disagrees with the Russian annexation of new territory but remains neutral, pointing out that international reaction on Crimea was markedly different from the response when the U.S. invaded Iraq. "Brasilia wants to see America treated like any other country," Prof. Stuenkel said.

All BRICS leaders except for South African President Jacob Zuma have had recent disputes with Washington: Mr. Putin has clashed with the G8 on Crimea, Mr. Xi over territorial claims in Asia. Meanwhile, Mr. Modi, accused of standing by while 2,000 Muslims were murdered while he was chief minister of Gujarat, couldn't get a U.S. visa until he was elected prime minister. And Brazilian President Dilma Rousseff cancelled a state visit to the U.S. last year when it was revealed that the American government was surveilling her telecommunications.

India, Brazil and South Africa all want a permanent seat on the UN Security Council, a position Russia and China have endorsed.

The BRICS nations have 40 per cent of global population and produce 20 per cent of global GDP, although Nayan Chanda, an analyst with the Yale Center for the Study of Globalization, noted that those statistics somewhat mask the asymmetry of the alliance.

"China's GDP is more than the combined total of the other four – China is using the BRICS as a source of raw materials and a dumping ground for products, it's a very unequal friendship," he said. "To say it accounts for this big percentage of trade is a lie – it's China that accounts."

The BRICS group "has very little resonance in India – it's one of those things where India has membership, in an alphabet soup, used just to connect with other leaders and get a gauge of the world," Mr. Chanda added.

Mr. Modi's chief task will be to find a way to fence diplomatically against China's de facto takeover of the organization, he said, worries that Brazil and South Africa, the least influential members of the alliance, share.

President Rousseff has shown little of the enthusiasm of her predecessor, Luiz Inacio Lula da Silva, for geopoliticking, and has said little about the BRICS. But she has invited other South American leaders to attend the meeting and hold their own bilaterals with China and India.

There had been speculation that Argentina could be invited to join the alliance. But with its economy in tatters, and the clock running out on a showdown with the so-called vulture fund creditors, Argentina isn't punching at BRICS weight these days. In fact, diplomats planning the summit joke darkly that the new reserve fund could be created this week, and used to bail out Argentina next week.

India could theoretically borrow from the new bank to fund its massive infrastructure budget, but that would effectively mean giving a large role to China in its internal affairs. 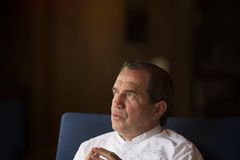 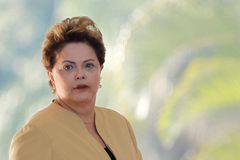 Why Canada needs to push for a truly multilateral financial system
June 30, 2014 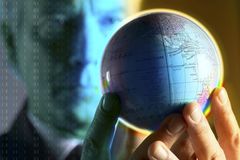