The decision to expropriate the Canadian company's Malku Khota silver mine was the second for Bolivia in a month, highlighting the increasing risks to developing mining and energy assets in the mineral-rich region.

From expropriations in Venezuela, Bolivia and Argentina to violent opposition in traditionally mining-friendly jurisdictions such as Peru and Chile, the rising political tensions pose a risk to a decade-long bonanza mining companies have enjoyed.

"Resource nationalism is not just about expropriation," said Alan Hutchison, an expert in mining and energy securities and corporate law at Fraser Milner Casgrain LLP who specializes in Latin American matters.

"It is the role and the stake that the government is going to take in any resource project and I think you are seeing that on the rise with the continued high commodity prices."

Mr. Morales has been a champion of his country's natural resources since he became Bolivia's first indigenous president in a landslide victory in 2006, when he promptly nationalized the key natural gas industry. Backed by the nation's indigenous majority, he has since taken control of several utility companies as well Bolivia's largest smelter and its top telecommunications firm.

South American Silver says it took extra care to develop good community relations since it discovered the silver deposit and started explorations aimed at bringing it to development starting in 2007. But it couldn't stop a fight with local artisanal miners from escalating.

"The situation just escalated very quickly," said South American Silver president and chief executive Greg Johnson. "It suddenly appeared to go to a national political level and the company was not involved and really shocked to see it take the path it did in such a rapid succession."

The expropriation by Supreme Decree came not even a month after Mr. Morales nationalized the Colquiri tin and zinc mine, owned by global mining giant Glencore International PLC.

"Companies are pitting brothers against cousins, neighbours," Mr. Morales told the state information agency ABI on Wednesday as he accused South American Silver of creating a conflict between pro- and anti-mining communities around the silver-indium-gallium project in the southwestern province of Potosi.

Last week, deadly clashes left five people dead in Peru – three of them from gunshot wounds suffered as demonstrators clashed with police in protests against the $4.8-billion Conga gold project that promises to be the biggest mining project in Peruvian history and is owned by Newmont Mining Corp.

The government has implemented a state of emergency to suspend the right to protest in the so-called Cajamarca region, although opponents say they will not retreat from demands to have the project halted, saying it will hurt local water supplies.

"The people simply do not want Conga," Gregorio Santos, the president of the region of Cajamarca, said by telephone following meetings this week with Catholic Church representatives attempting to mediate the conflict.

Peru is one of Latin America's friendliest mining jurisdictions, with mineral exports accounting for about 60 per cent of exports and helping to make the Andean country one of the fastest growing in the southern hemisphere. It is second-largest producer of copper after neighbouring Chile and produces much of the world's silver, zinc and gold.

Similarly, the Peruvian example is different from Venezuela, whose firebrand president Hugo Chavez moved four years ago to take over the giant Las Cristinas gold project from Canadian operator Crystallex International Corp., or from Guatemala, where the government is reforming mining laws to allow it to take stakes of up to 40 per cent in new mining projects.

"The Bolivian situation is completely different," said Carlos Monge, an academic with Peru's Center for Development Studies, predicting Newmont could be in for a drawn out resolution at Conga, which has nevertheless become highly emblematic and political.

"But even if Conga fails, I don't think it will mean that other mines will fail," he said, pointing at $56-billion in planned mining investments in Peru.

In the face of protests over recent months, Newmont slowed investment at Conga, and the project won't likely be built before 2017, two years later than previous forecasts. Omar Jabara, a Newmont spokesman, said construction on the project will continue only if it can be done safely, and with risk-adjusted returns that justify future investment.

Miners started pulling back from Argentina in April, when President Cristina Fernandez ordered the expropriation of partially state-owned energy company YPF SA from Spain's Repsol YPF. Outright nationalizations are not expected in the mining industry there, but miners are still spooked by government moves to tweak the economy to stem capital outflows and bolster the market. 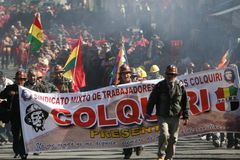 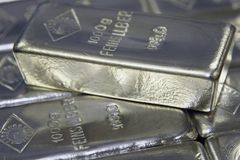 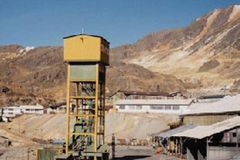