An incensed Spain threatened swift economic retaliation against Argentina on Tuesday after it seized control of YPF, the South American nation's biggest oil company, in a move which pushed down shares in Spanish energy giant Repsol, the major shareholder.

Madrid called in the Argentinian ambassador in a rapidly escalating row over the nationalization order by Argentina's populist and increasingly assertive president, Cristina Fernandez, a move which delighted many of her compatriots but alarmed some foreign governments and investors.

Promising action in the coming days, Spanish industry minister Jose Manuel Soria said: "With this attitude, this hostility from the Argentine authorities, there will be consequences that we'll see over the next few days. They will be in the diplomatic field, the industrial field, and on energy."

Repsol said YPF was worth $18-billion (U.S.) as a whole and it would be seeking compensation on that basis, but the Spanish oil major's shares fell by more than eight per cent in Madrid early on Tuesday morning.

"This battle is not over," Repsol chairman Antonio Brufau said.

But Ms. Fernandez dismissed the risk of reprisals. "This president isn't going to respond to any threats ... because I represent the Argentine people. I'm the head of state, not a thug," she said.

Spanish media condemned the Argentinian action, believed to be the biggest nationalization in the natural resources field since the seizure of Russia's Yukos a decade ago.

Right-wing newspaper La Razon carried a photograph of Ms. Fernandez on its front page in a pool of oil with the headline: "Kirchner's Dirty War", referring to her full name. The business newspaper La Gaceta de los Negocios branded the takeover "an act of pillage."

On the left, El Periodico spoke of "The New Evita", pointing out that Fernandez had announced the nationalization in a room decorated with a portrait of Eva Peron, the actress who was married to a president and revered by many Argentineans for her populist politics.

YPF has been under pressure from Ms. Fernandez's centre-left government to boost production, and its share price has plunged in recent months on speculation about a state takeover.

Ms. Fernandez said the government would ask Congress, which she controls, to approve a bill to expropriate a controlling 51-per-cent stake in the company by seizing shares held exclusively by Repsol, saying energy was a "vital resource."

"If this policy continues - draining fields dry, no exploration and practically no investment - the country will end up having no viable future, not because of a lack of resources but because of business policies," she said.

YPF's market value is $10.6-billion, although an Argentine tribunal will be responsible for valuing the company as part of the takeover. Central bank reserves or state pension funds could be used for compensation, analysts say.

Ms. Fernandez, who still wears the black of mourning 18 months after the death of her husband and predecessor as president Nestor Kirchner, stunned investors in 2008 when she nationalized private pension funds at the height of the global financial crisis. She has also renationalized the country's flagship airline, Aerolineas Argentinas.

Such measures are popular with ordinary Argentines, many of whom blame free-market policies such as the privatizations of the 1990s for the devastating economic crisis and subsequent debt default of 2001/02.

Her announcement of the YPF takeover plan, however, drew strong warnings from Spain, Mexico and the European Union, a key market for Argentina's soy meal exports.

Venezuela, where socialist President Hugo Chavez has nationalized almost all the oil industry, applauded her move.

The row over YPF comes as Ms. Fernandez heaps pressure on Britain over oil exploration off the Falkland Islands, over which Argentina claims sovereignty.

A decade after staging the biggest sovereign debt default in history, Argentina has been frozen out of global credit markets, and economic analysts said seizing YPF might make it even harder for the country to get fresh financing.

Under the terms of the bill, the government would hold 51 per cent of the expropriated shares and the rest would be held by the country's energy-producing provinces.

All of the shares targeted by the government belong to Repsol, which owns 57 per cent of YPF. Repsol's Argentine partner, the Eskenazi family's Grupo Petersen, will not be affected. Petersen owns a 25.5-per-cent stake in YPF.

Repsol's original strategy in buying YPF in 1999 was to expand away from its core refining business into more lucrative upstream oil and gas production. However the plan did not work as low domestic oil and gas prices made it unprofitable to develop many of the company's reserves. It signalled a retreat from the investment in 2006. 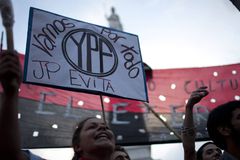 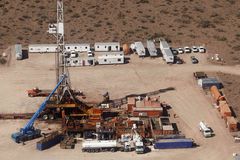 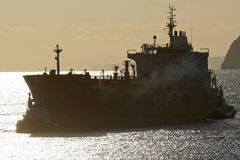 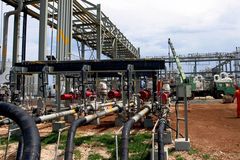 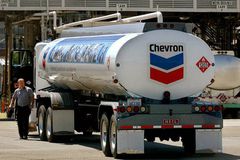