When the afternoon bell rings at August Town Primary School, children kick around a plastic bottle filled with gravel instead of a soccer ball. When administrators need to buy a copier, they turn to parents, businesses or foreign embassies for donations.

Making do has become a way of life at the school as it has all across Jamaica, where paying off the nation's punishing debt takes priority.

The country owes creditors $18.2-billion (U.S.), which is more than its entire domestic economy produces in a year: 132 per cent of gross domestic product, according to the International Monetary Fund. That's a heavier load than crisis-hit Italy, Spain or Ireland face, and nearly as high as Greece's.

For years, over half the government's budget has been dedicated to paying the debt, and that has forced the government to scrimp on schools, hospitals and infrastructure.

"The budget's tight, there's no question. But it's been tight for a long while and we've had to learn to make things work as best as we can," said August Town vice-principal Dwight Peart at the low-slung concrete school in an impoverished valley community in the capital.

Roughly a third of the Caribbean island's 2.8 million people live in squatter settlements, and there's little money for housing aid. Public hospitals are hampered by a shortage of medical equipment. Roads are filled with potholes. The thousands of Jamaican dropouts from overcrowded schools become easy prey for drug and extortion gangs.

With the exception of the pearl-toned beaches of Jamaica's resorts, no corner of the island has been spared by the debt monster.

Jamaica's experience with austerity holds lessons for other nations struggling to cope with debt, says Mark Weisbrot of the Washington-based Center for Economic and Policy Research.

"Attempts to squeeze the economy in order to maintain unsustainably high debt service can lead to prolonged periods of stagnation and high unemployment." He said Jamaica's recent domestic debt restructuring erred by merely reducing some interest payments without writing down the principal.

It's not the first, or even the worst time Jamaica has faced an avalanche of debt. The debt-to-GDP ratio soared to 262 per cent at the start of the 1990s, according to a Jamaica-based think-tank, the Caribbean Policy Research Institute.

Most of that, though, was owed to foreign governments and international institutions such as the World Bank and International Monetary Fund at relatively low interest rates. Some of the debt owed to governments was written off. A spurt of growth in the late 1980s helped make the debt less of a burden, while a spike in inflation, which reached 80 per cent in 1991, sharply devalued the domestic part of the debt.

Since then, the debt has been more challenging, partly because of Jamaica's high domestic interest rates, said Damien King, executive director of the think-tank. The government was paying as much as 28 per cent a year on its domestic currency bonds until a few years ago, with the inflation rate hovering near 20 per cent.

"Research shows that the entire increase was due to debt contracted by entities outside of central government, debt that the government subsequently had to assume responsibility for. The largest portion of it derived from bad private bank loans that the government absorbed as part of the resolution of the banking crisis of the late 1990s," Mr. King said.

Before the 1990s banking crisis, Jamaica ended exchange controls while lifting restrictions on lending and interest. Local banks went on a spree of lending while interest rates shot to near 50 per cent. Then, in 1996, the system crashed. Dozens of banks failed and the government stepped in to absorb the bad loans and keep the rest of the system from collapsing, taking pension funds along with it.

By 2010, Jamaica's towering debt and the damaging effects of the global recession forced the government to seek assistance from the IMF. It helped the government carry out the debt restructuring and provided $1.27-billion in standby credits. It also unlocked funding from other global lending organizations, including $600-million from the Inter-American Development Bank and $450-million from the World Bank.

Yet roughly 60 per cent of government spending goes to debt and an additional 30 per cent goes to pay wages. That leaves just 10 per cent for education, health, security and other functions.

The 2010 domestic debt-swap program lowered the government's debt-service costs by $450-million a year. But it left the amount of capital owed untouched. The interest expense breakdown is about 70 per cent for domestic debt and 30 per cent for external debt.

"Servicing the debt has undoubtedly absorbed fiscal resources that otherwise would likely have been deployed on infrastructure improvements as well as on needed social services," said Mr. King, who is also head of the economics department at Jamaica's University of the West Indies.

A sluggish global and local economy has frustrated Jamaica's effort to grow its way out of the crisis. During the global recession, three of the country's four alumina refineries were closed and revenues from tourism and Jamaicans working abroad slowed.

In recent months, the economy appears to be on a meagre upswing. Recently, the country recorded first-quarter growth of 1.4 per cent over the same period a year earlier. The inflation rate for the first five months of the year was 1.7 per cent.

Prime Minister Bruce Golding, whose Jamaica Labor Party came to power in 2007, argues that his government is finally putting the country on a solid economic pathway. This year it has divested money-losing entities such as Air Jamaica and its three remaining sugar factories, and Mr. Golding says a crackdown on gangs should improve the business climate.

"If China wants to build them – [or]U.S., Canada, Saudi Arabia, Jamaicans – it doesn't matter to me," he said.

Stephanie Black, the New York-based director of Life and Debt, an award-winning 2001 documentary that dissected the effect of globalization on Jamaica's economy and skewered lending policies of international organizations like the IMF, said she does not feel the island's economic situation has improved since her film was completed a decade ago.

"When one looks at the class divide within the country, there is little mobility, [and]the high cost of daily living, low minimum wages, prevailing unemployment, lack of improvements in basic infrastructure, and widespread corruption makes it terribly challenging for too many who are still living hand to mouth," Ms. Black said. 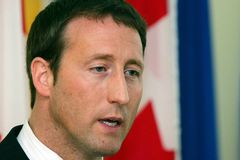 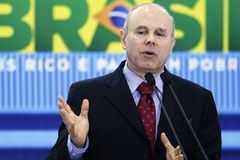