Mexico's economy started 2012 with a bang as a pick-up in the United States lifted economic growth in Latin America's second-largest economy to its fastest pace in 18 months.

First-quarter growth was 4.6 per cent compared with a year earlier, the fastest pace since the third quarter of 2010, prompting several analysts to upgrade 2012 growth forecasts.

The economy grew 1.31 per cent in the first quarter, broadly in line with Reuters poll expectations and close to double the upwardly-revised 0.72 per cent growth of the previous quarter, the national statistics agency said on Thursday.

Mexico's central bank lifted its growth outlook on Wednesday and the strengthening undermines any case for lower interest rates, with markets sticking to bets for rates on hold at 4.5 per cent until well into 2014.

Still, risks remain: although recent data from the United States, Mexico's main trading partner, have fanned hopes it can maintain solid growth after an acceleration in the second half of last year, the euro zone narrowly escaped sliding back into recession in the first quarter.

The United States bought $69-billion (U.S.) worth of Mexican exports in the first quarter, up 11 per cent from the same period of 2011. The extra demand boosted manufacturing - the major source of Mexico's exports - to 5.5 per cent year-on-year growth.

"The closest connection is between the industrial cycles in the U.S. and Mexico ... as industrial production did well in the United States, it also did well in Mexico," Deutsche Bank economist Fernando Losada said.

"With this good number and assuming there is no significant downturn in the second quarter, it is quite likely that the government is going to have to revise upward the GDP forecast for the whole year."

The government forecasts growth at 3.5 per cent in 2012, although Mexico's central bank now sees an expansion of 3.25 per cent to 4.25 per cent.

In a positive sign for domestic drivers of growth, which have remained weak through the recovery from a deep recession in 2009, the services sector posted its strongest annual expansion in nearly two years, driven by trade and financial services.

Small business owner Claudia Pereira, who runs a laundromat and dry cleaner with three employees, said her business had grown about 3 per cent in the last few months.

"With the size of business that I have, in small business, yes things are growing," she said.

The figures also showed the construction sector accelerated to expand 4.9 per cent year-on-year, while farming activity also rebounded following a severe drought in 2011.

ICA , one of Mexico's leading construction companies, reported a 43 per cent jump in sales in the first quarter of the year and chief operating officer Alonso Quintana said he expected strong growth ahead as the country gears up for a July presidential election.

"What we foresee for the next (six-year administration) is one of big, big investments in infrastructure, that's what we've heard from all the candidates," he said on an analysts call on May 4. "Macroeconomically, Mexico has never been better."

Separate figures showed monthly economic activity rose 1.96 per cent in March, beating expectations for a 1 per cent expansion. It was 3.59 percent higher than the same time last year, compared to forecasts for 3.3 percent growth.

Fourth-quarter growth versus a year earlier was revised up to 3.9 per cent.

Brazil, the region's biggest economy, is yet to report first quarter economic growth but economists' median forecast, in a central bank survey, is for lackluster growth of just 3.2 per cent this year.

How is the war on drugs affecting the Mexican election?
May 8, 2018 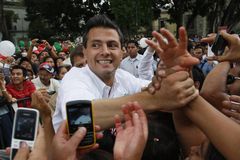 new
Canada splits with Latin America on Cuba, war on drugs
May 8, 2018 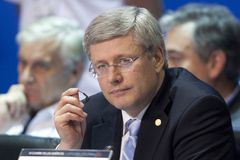