Ontario and Quebec signed an agreement with the Mexican government Wednesday to jointly develop carbon markets with the aim of allowing companies in those provinces to purchase Mexican greenhouse-gas-reduction credits to satisfy provincially regulated emission caps.

Their agreement envisions Mexico joining with the provinces and California – and potentially other U.S. states – in the Western Climate Initiative (WCI), which allows the buying and selling of emission allowances among jurisdictions with the goal of financing the lowest-cost emissions reductions.

"If [Mexico's participation] can lead to a broadening of the market, I think that will be great. The broader the market, the better it will function," Ms. Wynne said in a telephone interview from Guadalajara. Before it can join, however, the existing WCI members will assess the stringency and transparency of its trading system.

Ontario and Quebec have launched cap-and-trade programs, in which governments set limits to greenhouse gas (GHG) emissions and require fossil-fuel users and distributors to either meet individual caps or purchase credits, either within the province or from within the WCI.

Ms. Wynne defended the cap-and-trade approach against critics who argue the Ontario and Quebec plans are not as stringent as the carbon tax that has been adopted in British Columbia and is being rolled out in Alberta. The floor price for WCI credits will be about $20 a tonne in 2020, when the carbon tax in British Columbia and Alberta will be at $30.

The federal government is promising to implement a national minimum carbon price, and some experts argue it should be set at $30 a tonne, using Alberta and B.C. as the benchmark.

Ms. Wynne said the key issue isn't the price but the effectiveness of the policy. Indeed, she noted that the goal of developing an international carbon market is to reduce the cost per tonne of GHG reduction while achieving aggressive emissions-reduction targets.

"We have to look at where is the reduction happening and where do we see the greatest success?" she said. "That has to be the measure; it can't be some sort of abstract measure like price – that's not the point."

Critics complain that millions of dollars will flow out of Ontario and Quebec to finance emissions reductions elsewhere.

Quebec's Mr. Heurtel said there is growing interest in cap-and-trade markets around the world, and he suggested those markets will be eventually be linked in order to drive investment into the lowest-cost emissions reductions. Quebec recently hosted a delegation from China, which is starting a pilot cap-and-trade program in several provinces next year.

"We are looking at the beginnings of a North American framework for a carbon market," Mr. Heurtel said in an telephone interview. "It's showing that something that seemed so esoteric just three or four years ago is now becoming a very positive and essential tool to achieve reductions."

Mexico has a pilot cap-and-trade program with 60 companies participating and is aiming to expand it in 2018 to a national cap-and-trade plan by 2018, Mr. Pacciano-Alaman told the summit on Wednesday. Mexico has an agreement with California similar to the one it signed Wednesday with Ontario and Quebec.

Mexico is undergoing dramatic liberalization of its energy markets, has aggressive emission-reduction targets and has launched pilot programs for carbon trading. It is eager to link carbon markets with partners in North America in order to attract capital to its economy.

California and Quebec hit a speed bump with their last auction of emission credits when only 11 per cent of emission permits that were available in a May auction were sold. However, Mr. Heurtel remained unfazed by the result, saying the market is volatile but has underlying strength.

California is facing a legal challenge to its cap-and-trade program, but last week the legislature passed a law that sets a target of reducing greenhouse gases by 40 per cent below 1990 levels by 2030, a move that Mr. Heurtel said should bolster confidence in the market.

Opinion
Instead of the new Quebec, Ontario should become the new Michigan
May 16, 2018 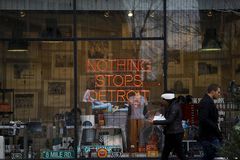 Opinion
If we’re renegotiating NAFTA, let’s be ready to walk away
May 16, 2018 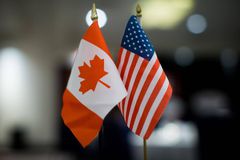