When Standard & Poor's downgraded Brazil's sovereign debt last week, the news had a certain feeling of inevitability here – just the latest in a seemingly unending streak of terrible economic news.

The real closed at its lowest value in 13 years against the U.S. dollar on Friday, at just $0.258. That's a drop of almost 40 per cent from a year ago and 60 per cent from 2011 levels. Meanwhile the GDP is expected to contract by 2.4 per cent this year, the worst recession in 25 years. Other investment ratings are expected to follow S&P to junk status imminently. Inflation is higher than it has been since the turn of the century. The jobless rate nearly doubled in the first five months of this year.

It is hard to imagine the situation could get much worse – and yet there is a sense here that it almost certainly will.

Consumer demand is in free fall, which will only drive unemployment higher, in an ugly spiral. The real is expected to continue its fall, with some analysts predicting it will drop by another 16 per cent. And rather than a knuckled-down government attempting to navigate the crisis, Brazil has a gaping leadership vacuum and a political stalemate.

From the outside, Brazil's accelerating implosion may appear remarkably swift: Until quite recently, the country managed to maintain its image as a robust emerging market, even though the data have been pointing to problems for some time.

And internally, although there have been five-alarm headlines for the past nine months, "people were doing fine until recently, despite the macro problems," said Marcelo Neri, chief economist with the Center for Social Policies in Rio de Janeiro and a former top civil servant in the Ministry of Strategic Affairs, as the government scrabbled to keep a lid on unemployment.

But the unemployment rate, just 4.3 per cent in December, is now 7.5 per cent and predicted to hit nearly 10 by the end of the year. It is highest in the suburbs of Sao Paulo, Rio and other big cities, where layoffs have been heavy in manufacturing, and the oil and gas sector, in particular.

China's hunger for Brazilian commodities such as iron ore was the primary driver of the last expansion cycle, but new consumers played a key role, too. Now they are deserting the malls. With inflation at 9.5 per cent in the past 12 months to August, the fall in real household incomes is tangible – a nascent middle class is cutting back on the restaurant meals, phone data plans, appliance purchases and meat consumption that had become a new norm in the past 12 years. Retail sales in June dropped for the fifth straight month, the longest declining trend since the government began the measure in 2000.

Those new consumers were a big part of President Dilma Rousseff's economic plan back when growth started to sputter in 2012 – that's among the many missteps her government made in its last term. She bet big on cheap credit and large infrastructure projects, which were desperately needed but remain years behind schedule and mired in bureaucracy. She put price controls on oil and gas, generating huge losses for public energy firms.

"The government was in denial and stimulated too strongly, so that domestic policy wound up magnifying the effect" of the bust, Ilan Goldfajn, chief economist for Itau Unibanco, Latin America's largest private bank, said in an interview from Sao Paulo.

Ms. Rousseff tried to boost productivity with tax cuts for business but avoided unpopular steps such as reform of the Byzantine tax code.

"We're being punished by the fact that in the recent past, difficult changes we needed to make [to the economy] became less difficult, yet we didn't do them," said Julio Almeida, professor of economics at the State University of Campinas, and a former chief of economic policy for the Ministry of Finance.

Ms. Rousseff won a tight race for re-election last November, thanks in large part to her Workers' Party's success in boosting incomes of poor Brazilians. As the economic indicators began to plunge in earnest, she appointed an orthodox Chicago School Finance Minister, Joaquim Levy, and gave him a mandate for austerity. Yet he has appeared isolated since he took the job.

Ms. Rousseff herself has been in no position to provide leadership: She has been badly weakened by Lava Jato, the giant graft scandal that originated at the state energy company Petrobras. She has not been personally implicated, but many senior members of her party (and most others in her coalition) are under investigation. Public support for her government has sunk to 8 per cent, a record low in Brazil, and there is a not-implausible movement to impeach her.

The rating downgrade does seem to have empowered the beleaguered Mr. Levy. He was the voluble, soothing face of the government's response on Thursday, stressing that the fundamentals of this economy are strong, that Brazil has high levels of international reserves, a strong banking system and a positive balance of trade. He noted the devalued real makes the country more attractive to foreign investors.

"We know we have to go from point A, a beautiful life in a commodity boom with all the progress we made in terms of inclusion, to point B, where these things will be preserved but sustained by more competition," the minister mused in a conference call with foreign journalists on Thursday. "The question is, 'How do you get there in the midst of a slump and very unfavourable international [conditions]?' "

The path, whichever one Brasilia eventually chooses, will no longer be beautiful. More ratings downgrades are expected in the coming weeks. Many Brazilians have still-painful memories of what it's like to live through hyperinflation (in the 1990s) or years of no growth (the 1980s). And some economists are suggesting that without bold steps, the crisis could become the new status quo.

Mr. Almeida, the former Finance Ministry official, was a bit less pessimistic. "It looks like it's the end of the world," he said. "I think we are facing a very serious economic crisis, combined with a severe political crisis. But it's nothing we haven't overcome before."

Goldman’s ‘Next 11’ markets are sinking even faster than BRICs
September 13, 2015 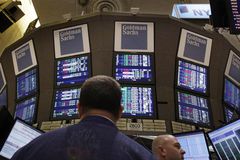