Skyscrapers, macadamia nuts and acres of pine trees may not be the first things that come to mind when Manulife Financial Corp. is mentioned, but the Canadian insurer profited from global investments in all three last year.

While Manulife's most visible business is selling insurance policies and retirement saving plans to consumers, one of its lesser-known business lines planted millions of trees in 2014. Another group produced thousands of barrels of oil and natural gas liquids in Western Canada, and a third business leased farmland across the southern United States to grow corn, soybeans and cotton.

Alternative assets in sectors such as real estate, agriculture and farmland have become increasingly important to Manulife as it deepens its focus on wealth and asset management, and aims to attract more institutional investors. These business lines have become more enticing to insurers in the wake of the financial crisis because they require less capital to run, and they have the potential to grow faster given aging demographics and international demand.

Manulife's decades of experience managing non-traditional asset classes are one way the company can set itself apart from competitors at a time when many yield-hungry fund managers are looking to alternative investments as a way to combat persistent low interest rates and equity-market volatility. Manulife wants to attract more institutions–from smaller funds to experienced investment companies– to invest beyond stocks and bonds alongside it.

Manulife Asset Management, the global business that manages investments for its parent company's wealth and retirement products as well as other institutional players, now oversees about $309-billion in assets, with $266-billion managed for external clients.

But it's the private markets group within the asset manager that has been a major focus in recent months. It launched in late 2013 in an effort to lure new institutional investment in three target areas: commercial real estate equity, commercial mortgage lending and private placements. This new group built on Manulife's Hancock Natural Resource Group, a trio of farmland, timber and renewable energy investments, as well as private equity and oil and gas investment arms. From forests to farmland and beyond, Manulife Asset Management Private Markets now oversees more than $75-billion in assets.

Only $14-billion of that was managed for external clients as of June this year, and Manulife has said it will take years to build the business, but the effort is gathering momentum. In December, the private markets group forged a $1-billion partnership with German insurance and asset management giant Allianz to invest in U.S. real estate. While Allianz will be putting up the majority of the capital, Manulife will manage the two office buildings in Chicago and Washington.

Real estate has been a staple long-term investment for Manulife for decades as a way to support the long-term liabilities of insurance policies. By bringing in other investors as partners, Manulife can also collect fees, building up a consistent revenue business.

"We're on the crest of the wave that's happening in U.S. real estate – there's just such a large amount of capital seeking to be placed in the marketplace," said Ted Willcocks, global head of asset management of the company's real estate business. He expects to complete about two more large deals like Allianz in 2015. As Manulife's offices in Asia begin to request adding real estate to their investments, Mr. Willcocks said China and Indonesia would be regions to expand to in the future.

But while there may be a demand for investment partnerships, finding a deal for sought-after North American office properties at the right price is a challenge, Mr. Willcocks said. "Certainly in California, and L.A. and San Francisco in particular, it's very difficult to get reasonable real returns given the high pricing expectations."

While he's cooking up the next real estate opportunity, Mr. Willcocks says he benefits from describing the other asset classes offered by the private markets group to potential investors, showing them that Manulife brings something different to the table.

Three of those other asset classes are run by Dan Christensen, chief executive of Hancock Natural Resource Group, which ended 2014 with about $14-billion (U.S.) in timberland, agriculture and renewable energy assets managed for Manulife's general account and institutional investors.

That makes the group four times as large as when timberland industry veteran Mr. Christensen came in to lead the group a decade ago. "I'm an old forester," he says, laughing. "I've been in the industry for 40 years so you can't keep me out of the woods."

The company's Boston-based Hancock Timber Resource Group was formed in 1985 and now manages more than six million acres of trees and accounts for nearly $12-billion of the group's assets. That makes it the largest manager of timberland for public and corporate pension plans and other institutional investors in the world, with assets as far away as New Zealand.

The time that elapses between planting a seedling and harvesting a mature tree can be anywhere from seven to 45 years, depending on the geography and tree type. And to determine whether a project is viable, the soil, rain and land must all be assessed, as well as the countries' politics. All this analysis and waiting requires sophisticated, patient investors, Mr. Christensen said.

In 2014, the timber group made its first investment in Chile through a joint venture, which along with holdings in Brazil could pave the way for even more deals in South America. Mr. Christensen highlights Uruguay as a country he'd like to invest in, and Argentina as one that hasn't cleared the political stability hurdle.

As the trees grow, the Hancock Agricultural Investment Group has also built up a portfolio of more than $2-billion in farmland assets. There are about 20 crops grown under its banner, from row crops like corn and soy planted each year, to permanent crops such as vineyards of grapes.

Much like investing in the stock market, crops perform better or worse depending on market conditions. "For every crop there's an investment thesis. We're constantly re-evaluating that thesis and where that sits in the local and global markets, taking into account weather, yield, demand and other factors," Mr. Christensen said. A free-trade agreement signed between China and Australia is one example of how politics can affect returns. The deal would lift the 24-per-cent tariff on macadamia imports from Australia to its largest buyer within five years at a time when consumption of the nuts is growing in Asia. Manulife has nine macadamia farms in the region.

And crops present unique challenges. Canadian cranberry bogs are coming off a year of record crop yields, pushing down the price per barrel. The company began cleaning its own berries this year, rather than employing middlemen, to buoy returns.

That volatility makes diversification of the crops essential – conditions for growing and selling almonds are not correlated at all to apples, for example. "It's really the only free lunch we have, to spread our risk," Mr. Christensen said.

The newest business to come under John Hancock's banner is its renewable energy group, which invests in biomass energy projects in North America. Biomass is a material made up of plant fibre, such as the kind produced by timber and agriculture farms. The fibre can be used to make electricity, Mr. Christensen said. Plus, it's a revenue stream for waste. "We need to get that fibre off the land so we can grow our big valuable trees," he said.

In December, the Hancock Natural Resource Group signed a joint venture with Enviva Holdings LP to invest $320-million in a project to create a wood-based pellet, with all the water removed, that can be used as a substitute for coal. The product will be shipped to Europe to make electricity.

Developments like these are the cherry on top for Mr. Christensen. "These are really fun assets to deal with because whether it's trees or farm products, we're growing things that benefit society," he says. "Look at our trees! They're taking carbon dioxide out and putting oxygen into the air, what better asset class can you have?" 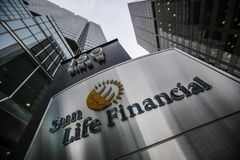 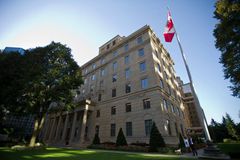 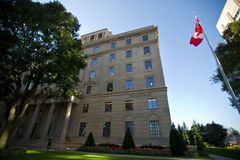