Toronto-born Garth Gibson will lead the Vector Institute for Artificial Intelligence, which has received $50-million from Ontario and $85-million-plus from more than 30 companies, including Shopify Inc., Magna International Inc., Canada's big banks and U.S. tech giants including Google Inc. Vector, which has officials from University of Toronto and University of Waterloo on its board, will also receive tens of millions of dollars from a new federal program.

The 58-year-old Dr. Gibson, who starts Jan. 2, is returning home after living in the United States since the 1980s. The computer-systems expert completed his PhD in engineering at University of California, Berkeley in 1991 and has held several senior positions at Pittsburgh's Carnegie Mellon University, where he is a computer-science professor and established the school's Parallel Data Lab and Petascale Data Storage Institute.

"What they're doing [at Vector] is different from most institutes I'm aware of, so I was intrigued," Dr. Gibson said. "This is something of an academic group with a consortium outside of the university with an agenda to support economic growth. That is unusual … The fact that it is unusual, and that it creates new advantages and new challenges, is part of the attraction."

AI has emerged as one of the hottest technology fields thanks to breakthroughs largely based on research pioneered by U of T professor Geoffrey Hinton. As a result, Toronto is now recognized as one of the top centres for AI research and talent, alongside Montreal and Edmonton, where AI pioneers Yoshua Bengio and Rich Sutton, respectively, are based.

However, those advances have also drawn huge interest from foreign technology giants which have moved quickly to hire the top experts in the field, including many in Canada. That has created shortages of teaching talent: U of T computer-science professor and entrepreneur Brendan Frey said there are currently no professors available to teach machine learning to undergraduates at the university. There are concerns Canada could see the ranks of its AI experts depleted, representing a lost economic growth opportunity. That sparked the idea by a group including Prof. Hinton and former banker Ed Clark, a senior adviser to Ontario Premier Kathleen Wynne, to found Vector last March.

Vector's first months have also revealed potential fault lines stemming from competing priorities among its diverse stakeholders. In addition to bringing hundreds of researchers into Vector, Dr. Gibson will have to sign off on intellectual-property policies and reconcile the twin mandate for the institute's academics to do both basic and applied research. That will require setting out what Vector's sponsors and board members should – and shouldn't – expect.

"It's very important for the CEO to recognize that AI has a lot of leverage right now, so nobody should be telling Vector what to do," said Prof. Frey, one of Vector's star researchers. "The CEO needs to be very strong in terms of supporting" the academics in choosing research areas "and really ignore the province and companies that have put in money." If not, he said, "these researchers will just leave and go down the street to Google Brain" – where Prof. Hinton also works – "where they can pretty much do what they want." The sponsors, some of whom have asked Vector for help with specific problems, "are not going to get immediate rewards" in exchange for their support, he cautioned.

Steve Irvine, founder of Toronto AI startup Integrate.AI and a Vector sponsor, said the institute's "key to success will be a clear focus and ruthless prioritization. In a situation where there are many areas of potential impact and many different stakeholders, good is the enemy of great. The toughest decision … will be which good opportunities not to pursue."

Dr. Gibson is well aware of the issues. "These are communities that don't normally understand each other, and being able to explain to them what to expect and focus on and what can be delivered is a big challenge," he said. "I know how much time it takes to explain to one strong-minded sponsor what to expect from a group … working on a project, and what not to expect." 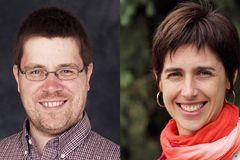 AI startup Deep Genomics lands financing as it aims to ‘flip medicine on its back’
Subscriber content
September 25, 2017 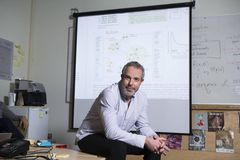 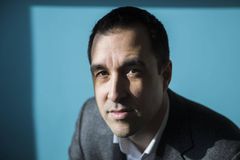