The windows with the bullet holes in them are gone. Greek Finance Minister Yannis Stournaras had them replaced in April, shortly after the government sold bonds for the first time since its bailout in 2010, marking the symbolic end of the crisis that had almost propelled the country out of the euro zone.

"Greece entered a new era, so I got rid of the bullet holes," he said on Monday from his sixth-floor office in a battered government building overlooking Syntagma Square, ground zero for the mass protests and riots that turned central Athens into a war zone between 2010 and 2012.

The bullets had apparently been fired during a protest in 2010, two years before Mr. Stournaras was plucked from an economic think tank to steer Greece through the brutal austerity programs demanded in exchange for the bailout extended by the "troika" – the European Union, the European Central Bank and the International Monetary Fund.

By his own admission, the job made him one of the most hated men in all of Greece as the austerity measures deepened the recession, eventually sending the jobless rate to the highest in the industrialized world. At one point early last year, he received a curiously lumpy envelope in the mail. It contained a nine-millimetre bullet with a note warning him against seizing the assets of Greeks who failed to pay their taxes.

Today, Mr. Stournaras is a happier man. The deep, six-year recession – depression actually – is on the verge of ending, if it hasn't ended already, and the private sector is finally hiring more than it is firing, although not by much. The jobless rate appears to have peaked out. It was last measured, in February, at 26.5 per cent. That's still a nasty figure, but not quite as nasty as the 27.3 per cent reached last year.

But Greece is far from saved. The recovery is weak and poverty is endemic. Greece, he says, needs one more big fix: A great bleeding chunk of flesh needs to be taken out of its mammoth debt load, equivalent to 170 per cent of gross domestic product, the highest in Europe by a long shot (Italy is second, at about 135 per cent).

"The debt is high and we want to lower it to make the annual amortization payments and interest payments lower so resources can go more to growth and investment," he said. "We badly need investment and growth to bring down unemployment. We need to divert resources from debt servicing into growth."

How will the debt come down? Mr. Stournaras won't say for fear of front-running the negotiations that are to begin in the autumn with the troika and the Eurogroup, the finance ministers of the euro zone's 18 countries.

While he insists there are "many options" to bring down the debt, there are really only three big ones: an extension of the debt's maturities, a reduction in the interest rate or a "haircut," that is, a writeoff of a portion of the debt such as the €200-billion ($296-billion) debt exchange in 2012 that reduced Greece's debt by an enormous 50 per cent of GDP. It was the biggest sovereign debt overhaul since the one endured by Argentina in the early part of the previous decade.

Mr. Stournaras thinks Greece has a moral right to negotiate hard for another debt reduction. "What we want is a recognition of the sacrifices of the people, grave sacrifices in terms of income loss and loss of employment," he said.

But he adds that "we would like to have a contribution in a way that does not hurt our partners, those who are holding our debt," a reference to the ECB and the official EU institutions, such as the member states' central banks, that hold 80 per cent or more of Greece's debt. If they are unwilling to take a haircut, the debt reduction options diminish considerably.

The 2012 debt restructuring was not enough to prevent Greece's near economic collapse. Last year, GDP shrank 3.9 per cent, taking the total post-2008 contraction to almost 25 per cent. In the first quarter of 2014, GDP shrank at 1.1-per-cent annual rate. Private consumption was also down. That's the bad news; the good is that the contraction has slowed considerably. In the same quarter in 2013, the economy shrank at a 6-per-cent rate.

Mr. Stournaras seems happiest that Greece has achieved a primary surplus – the surplus excluding debt payments – which can be seen as an indication that the austerity programs have worked their dark magic, boosting international investor confidence and allowing Greece to return to the debt markets, albeit in a small way. Last year, the primary surplus was 0.8 per cent of GDP. The target this year is a fairly robust 2.3 per cent of GDP.

If Greece does move into solid growth later this year and crunches its debt, Mr. Stournaras probably won't be around to take full credit. After the first-place showing of Greece's far-left, anti-austerity Syriza party in the EU elections on May 25th, the centre-right government of Prime Minister Antonis Samaras came under huge pressure to shuffle his cabinet. The strong rumour is that Mr. Stournaras, who is still the public face of austerity, will lose his job.

But he may not be fed to the wolves. The other rumour is that he is still well liked by Mr. Samaras and will be made governor of the Bank of Greece. "Nobody knows," he says. "This is an exclusive responsibility of the Prime Minister. This is just rumours."

The central bank job would not be as exciting as the Finance Minister's job. At the same time, it probably would not come with bullets zinging through the windows. 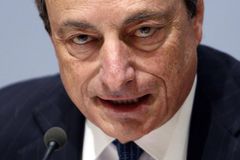 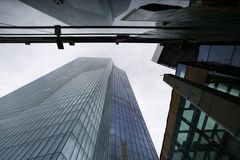