Sluggish capital investment, feeble productivity gains, high unemployment, fiscal uncertainties and reluctant consumers are combining to dampen global growth, the Organization for Economic Co-operation and Development says in a downbeat assessment of the world economy. The U.S. economy and other key players such as China have put up some weak numbers so far this year and show few signs of a strong rebound.

As a result, the OECD hands the world economy "a barely passing grade" of B-minus in its latest report card, released this morning. And chief economist Catherine Mann warns that a failing grade "is all too possible" if homework goes undone and the world gets some unlucky bounces.

"We're going to be ultimately getting to a growth rate of 3.8 per cent [by 2016]," Ms. Mann told a media briefing from Paris. But that's lower than the global average that prevailed before the financial crisis of 2008. "It's not something we should be satisfied with," she said.

The negative review follows a much worse than expected first quarter, in which global gross domestic product expanded at its slowest pace since the financial crisis in 2008-09. And China, whose burgeoning growth helped bring the world out of the severe recession triggered by the financial meltdown, is noticeably slowing.

The Paris-based organization, which represents 34 developed countries, joins numerous other economy watchers in becoming more pessimistic about Canada's prospects in the wake of the oil price collapse.

The OECD now projects Canadian growth this year at about 1.5 per cent, down sharply from 2.2 per cent during its previous temperature reading in March and a full percentage point below its forecast last November.

The body has also adjusted its timetable for the start of monetary tightening by the Bank of Canada to early-2016 from mid-2015.

Commenting on the main risk to even its reduced Canadian forecast, the OECD cites "a disorderly housing-market correction, particularly given high household debt, which would depress private consumption and residential investment and could, in the extreme, threaten financial stability."

Other potential negatives for the Canadian economy range from a further fall in oil prices and slower than expected growth in the United States, to a sudden Chinese slowdown, which could translate into "a greater and more protracted than expected deceleration in activity, including weaker investment, exports and private consumption."

Potential Canadian pluses include a recovery in oil demand and prices and higher than anticipated growth in the United States and other important export markets.

Royal Bank of Canada is more upbeat in a forecast also released today. The bank predicts a much better second half for the Canadian economy, with growth reaching 1.8 per cent this year and 2.6 per cent in 2016.

RBC acknowledges that investment will be weak for the rest of the year, as energy companies slash capital spending by about 30 per cent. But the bank expects other sectors to pick up part of the slack, thanks to low financing costs and stronger demand.

But the OECD worries that investment everywhere will remain below the level of previous recoveries, partly because of weak consumer demand, continuing uncertainty about fiscal policies and a lack of structural reforms in several key economies.

"Despite tailwinds and policy actions, real investment has been tepid and productivity growth disappointing," the OECD report says.

"By and large, firms have been unwilling to spend on plant, equipment, technology and services as vigorously as they have done in previous cyclical recoveries.

The U.S. economy stunned analysts by contracting at an annual rate of 0.7 per cent in the quarter, paving the way for its worst first-half performance in four years.

But even before the dismal quarter, U.S. growth was well off the levels of previous recoveries. That, Ms. Mann said, is not the sort of expansion needed to underpin a robust global economy.

The OECD still expects lower oil costs to boost consumption in energy-importing countries, with a helping hand from monetary easing and its sidekick, currency depreciation, in a raft of economies, including the euro zone, China and Japan. 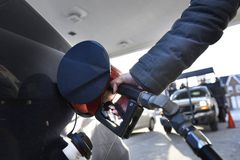 ROB Magazine
Why the world needs to ban fuel subsidies
May 28, 2015 Opinion
Why the G7 summit must go beyond crisis diplomacy
June 2, 2015