Over the past 18 months, as China's slowdown and a global oil glut prompted a decline in commodity prices and severe volatility in emerging markets, Mr. Tuli managed to triple quarterly revenue to $15-million at his company Datawind Inc., which makes inexpensive tablets and smartphones for developing countries.

Much of that that growth can be attributed to a special focus on India, a net commodity importer that remains a bright spot amid darkening prospects for emerging markets. Mr. Tuli's firm sells nearly 100,000 smartphones and tablets there every month.

His success highlights the uneven growth rates across the developing world.

But as he looks ahead to 2016, the situation in a number of other crucial emerging markets is looking rather grim. In floundering Venezuela, the collapse in oil prices and currency controls have destroyed the ability of Mr. Tuli's distributors to pay him in U.S. dollars.

The same is true in Nigeria, where a ruinous unofficial exchange rate has led a distributor to delay a planned launch event from January into mid-February. He even suspects turbulence in emerging markets – where his company does almost all of its business – is responsible for Datawind's depressed stock price.These struggles are a microcosm of the broader challenge facing developing economies and emerging-market investors, as they come out of a dismal 2015 into a year that looks equally challenging.

Although several institutions forecast growth to creep up this year across emerging markets as a whole, the World Bank recently downgraded its global gross domestic product growth projections by 0.4 percentage points to to 2.9 per cent. That move was largely prompted by sputtering growth across major emerging markets, and deeper fears that a continuing slowdown in regional heavyweights, such as Brazil and South Africa, will lead to contagion in surrounding countries.

Mr. Tuli remains optimistic about the chances in emerging markets for the fleet-footed. He is now thinking about allowing distributors to pay him in Indian rupees or Chinese yuan.

"It's interesting," Mr. Tuli says. "As you see with any kind of a downturn, or any kind of turbulence, there are some that will fare really poorly and some that will come out shining. The ability to be flexible in how you do business – in different economies, and currencies – will give you a strategic advantage."

It's not all bad news, though.

And although there is some worry about China's financial market chaos, many China watchers still have confidence that Beijing's mandarins can steer the world's second-largest economy clear of catastrophe. Christine Tan, the chief investment officer of the Mississauga-based emerging market-focused Excel Funds, says she expects both India and China to do well because of rising domestic demand. In China, she is investing in sectors particularly well placed for Beijing's attempt to shift its economy toward domestic consumption and away from one that is export-based.

"Despite the stock market volatility, investors have to take a long-term perspective on China," Ms. Tan says. "Unlike the U.S. or Canadian markets, the correlation between the equity markets and the underlying economy is quite low."

Emerging-market growth, however, will remain uneven as those markets struggle through global headwinds – such as lower commodity prices, China's deceleration and monetary tightening in the U.S. – and domestic ones, such as political dysfunction in Brazil or electricity outages in South Africa.

Ms. Tan remains downbeat about markets in the Middle East, because of the impact of low oil prices, while the World Bank remains pessimistic about many countries in Latin America and sub-Saharan Africa – where lower-value resource exports have slammed previously fast-growing markets. Recent terrorist attacks in Turkey – which borders Syria – and Indonesia, which this week suffered an attack being blamed on the Islamic State, are also reminders that geopolitical risks could flare up in emerging markets located in dangerous neighbourhoods.

Yuen Pau Woo, who worked at the Government of Singapore Investment Corp. and was previously the CEO of the Vancouver-based Asia Pacific Foundation of Canada, suggests that Indonesia and Malaysia will "fare the worst from the commodity price slump and fall in Chinese demand" in 2016. He noted that members of ASEAN – Association of Southeast Asian Nations – will continue to benefit from Chinese tourism in the region, but face the biggest risk from the United States.

"The biggest source of pain felt by Asian countries in 2016 will be caused not so much by the slowdown in China but by the unwinding of [quantitative easing] in the United States, which will suck capital out of emerging markets," he said.

Throughout 2015, roughly $770-billion (U.S) in capital flowed out of emerging markets, compared to just $230-billion in 2014, according to London-based Capital Economics. In the three months to December, 2015, the draining accelerated and in dollar terms exceeded the exodus of capital during the Great Recession.

Capital Economics said although much of that money left China, it went into other emerging markets. Those moves were largely based on fears that China's leaders would let its currency depreciate against a rising U.S. dollar, Capital Economics said. But for Canadian exporters shipping into China's massive market, there isn't too much flexibility as growth there slows.

Rick Jeffery, who heads the Coast Forest Products Association, says their logger members have felt the slowdown in China. Total shipments from B.C. to China were 7.6 million cubic metres in 2014, but just 6.6 million in 2015. But he remains optimistic for 2016, partly because China's government is approving the use of wood products in more types of housing – particularly as it tries to reduce the carbon footprint of concrete and steel – but also because the growth is shifting to what he now calls "sustainable."

"We're not jumping for joy over China, but we're certainly holding our own, and we're seeing a little bit of a rebound in 2016," Mr. Jeffery says. "We're taking less of a beating than the rest of the commodity industry. We can't really whine too loudly." 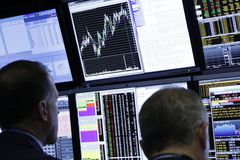 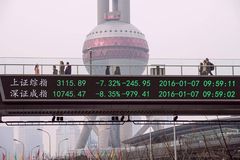