Spain's newest political party, Podemos, has risen from the depths of the country's economic sinkhole like a Polaris missile. Early this year, the party did not exist. Today, it ranks first in the polls and has the mainstream parties on the run.

The party, whose name was inspired by Barack Obama's first campaign and means "We can," has found millions of supporters who are fed up with Spain's crippling jobless rate, seemingly endless austerity programs and the string of corruption scandals that have shamed the ruling and opposition parties.

It is not alone in southern Europe, where the recession was the deepest and the jobless rate remains the highest. Parties once dismissed as "fringe" protest movements have emerged from the economic wreckage and have soared in popularity, to the point they could form ruling coalitions. Investors beware. Most of them are anti-austerity, if not anti-euro, and threaten to rewrite the recovery playbooks concocted in Brussels, Berlin and by the International Monetary Fund.

"Basically, much of this is a reaction against mainstream politicians' failure to articulate a clear vision of the European project," said Nick Greenwood, an analyst for the Spanish financial consultancy Afi. "It is also a reaction to the asymmetric nature of the crisis and recovery, both between core and peripheral European economies and also within individual countries, where there is growing intolerance toward perceived corruption and inequality."

While the rise of Podemos in Spain, Italy's Five Star Movement and the radical left Syriza party in Greece has yet to rattle bond and equity investors, there is no doubt the parties' rise has caught their attention as the national elections come closer. "Investors are becoming more concerned about governance and coalition options," Mr. Greenwood said.

Podemos is a sensation. It was formed in January by a group of Madrid professors led by Pablo Iglesias, a charismatic young politics lecturer and TV presenter who sports a beard, a ponytail and, often, a red tie. In the May European Union elections, Podemos stunned Spain's mainstream parties – the ruling centre-right Popular Party (PP) and the opposition Socialist Workers Party (PSOE) – by winning 8 per cent of the vote, handing it five seats in the EU Parliament.

Since then, Podemos's popularity has kept climbing. A poll published by the Spanish newspaper El Pais on Nov. 1 gave it 28-per-cent electoral support, against 25.5 per cent for PSOE and 20 per cent for PP. In a year, Spain is to hold a general election and the numbers suggest the government of Prime Minister Mariano Rajoy, who many Spaniards consider a slave to German-inspired austerity, is in serious trouble.

Mr. Rajoy is not alone among European leaders facing a voter backlash after the deepest recession since the Second World War. In Greece, Syriza, the anti-austerity party that almost won the 2012 election, is sporting an eight-point lead in the polls over the centre-right coalition government of Prime Minister Antonis Samaras. While parliamentary votes in Greece are not scheduled until 2016, a presidential vote in February or March could easily trigger a snap election. That's because Mr. Samaras's government lacks the backing to push through its presidential nominee.

To bolster his political fortunes, Mr. Samaras is lobbying the Troika – the EU, IMF and European Central Bank – for an exit from Greece's bailout program by the end of the year. The program, which came with harsh austerity measures, is deeply unpopular among Greeks and has been blamed for pushing the country into outright depression. If the program ends, Mr. Samaras could claim that Greece has regained its economic sovereignty.

In Italy, the Five Star Movement, led by former comedian Beppe Grillo, won 25 per cent of the vote in the 2013 election and remains Europe's biggest anti-establishment party. Mr. Grillo is now advocating Italy's withdrawal from the euro, which, he argues, has benefited Germany alone to the near destruction of the Mediterranean countries. In France, Marine Le Pen's Front National, which won the EU elections, also advocates an exit from the euro. The surging UK Independence Party wants to yank Britain out of the EU.

As Podemos sheds its fringe status, its economic policies are coming under scrutiny and more than a few economists and analysts think its ideas, if adopted, would create more problems than they would solve. Among its key proposals: a selective default on "illegitimate" debt, definition to come; creation of a universal income at a cost of €145-billion ($206-billion), financed by wealth taxes and a clampdown on fraud; a higher minimum wage and a maximum salary based on a multiple of the minimum wage; the purchase of state stakes in strategic companies, such as energy and health companies; and a hike in the corporate tax rate.

Mr. Iglesias has been distancing himself somewhat from a few of these proposals as Podemos sheds fringe status. Still, he promotes an ideology that represents an alternative to austerity and policies that millions of unemployed Spaniards believe are designed to help the wealthy, not the poor. But some economists consider the policies ill-thought-out, naive or worse. "They want a national minimum salary but how would they finance that and what sense does it make to prevent profitable companies from laying off workers?" said Gayle Allard, economics professor at Madrid's IE Business School. "These things would make the economy less competitive."

It looks like Spain is headed for a coalition government after the next election, and Podemos could be the kingmaker as the socialists and the centre-right battle it out. In a note, Mr. Greenwood of Afi concluded that a coalition "is likely to significantly slow down the pace of decision making and prospects for further – and much needed – structural reform."

Britain can thank austerity-lite for its current economic growth
October 31, 2014 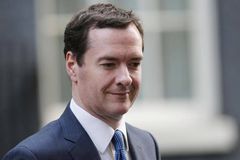 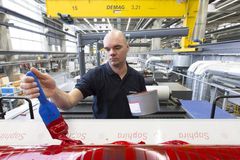 The economic basket case that is the euro zone
Subscriber content
October 7, 2014 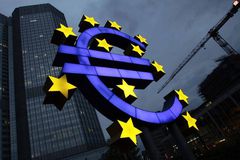 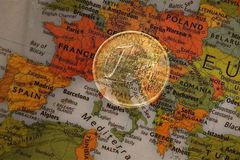