European and Greek politicians issued threats and counterthreats to each other as political chaos gripped Greece for the third day since the elections, pushing the debt-choked country ever closer to exit from the euro zone.

The rising chance that Greece will abandon the austerity measures promised by the ousted government in return for a second bailout package, plus reports that the country would be denied a bailout instalment of €5.2-billion ($6.7-billion), spooked the markets. The euro fell below $1.30 (U.S.) to a three-month low, European stock markets sank by about 1 per cent and the bond yields of other distressed euro zone countries, such as Spain, rose.

In spite of opposition from some euro zone countries, the European Financial Stability Facility, the bailout fund, agreed late Wednesday to make the emergency payment, according to various reports. If the instalment had not come, Greece would have almost certainly have defaulted.

Sunday's general election in Greece, which produced no clear winner, seems to have pushed the country into a political and financial corner. Almost 70 per cent of voters endorsed anti-austerity parties, yet a similar number of Greeks want the country to stay within the 17-country euro zone. The sponsors of Greece's two bailouts – the European Union, the International Monetary Fund and the European Central Bank – have made it clear that Greece must maintain its austerity and economic reform commitments if it is to receive more financial support.

The declaration Wednesday from Alexis Tsipras, leader of the Coalition of the Radical Left (known by its abbreviation Syriza), that the "barbarous" bailout agreement is now invalid, triggered blunt threats from several European politicians and officials. Syriza, which took 16.8 per cent of the votes, making it the election's second most popular party, has been charged with trying to form a coalition government. If it fails, Greece will have little choice but to hold another election, probably in mid-June.

In Berlin, German Chancellor Angela Merkel and her political allies ramped up their no-cuts, no-bailout message to Athens. "It is still the case that the agreement with the troika [the EU, IMF and ECB]must be adhered to," she told the Passauer Neue newspaper. "That's the only way we can imagine the path for Greece back to stability and economic strength."

Some senior European politicians and officials assume the election results mean Greece has no intention of meeting its austerity commitments and that its exodus from the euro zone is now only a matter of time.

"We should make Greece the offer to leave the euro zone in an orderly fashion, without leaving the European Union," Klaus-Peter Willsch, the parliamentarian who is a budgetary expert in Ms. Merkel's centre-right CDU party, told the German business daily Handelsblatt. "The dogma that no country can leave the euro zone has caused too much political damage in Europe."

Joerg Asmussen, the powerful German member of the ECB's executive board, was more blunt than Ms. Merkel, essentially delivering an ultimatum to Greece. "Greece must know that there is no alternative to the agreed restructuring arrangement if it wants to stay a member of the euro zone," he told Handelsblatt.

Even the Foreign Minister of Luxembourg, Jean Asselborn, weighed into the fresh Greek crisis. At a Brussels press conference, he said that "if 80 per cent of Greeks want to stay in the euro, then I think they have to support parties that are in favour of … staying in the euro."

Greece's anti-austerity vote, however, was forceful, propelling candidates from parties on the far right, including a neo-Nazi party, and far left into the Greek parliament. Mr. Tsipras, who has until Thursday to form a coalition government or hand off the attempt to the third-place party, ignored the threats from the sponsors of the Greek bailouts.

He told would-be coalition partners to renounce support for the bailout commitments. Many Greeks blame the austerity measures for the country's deep recession, now in its fifth year, and an unemployment rate of almost 22 per cent.

The austerity backlash sweeping through Europe is alarming pro-austerity officials in Brussels and Berlin, who have touted the virtues of spending restraints in heavily indebted countries even as the cutbacks killed any hopes of growth. The new French President, François Hollande, wants growth policies at the forefront of any new save-Europe strategy. He has vowed to renegotiate the German-inspired fiscal compact, which places strict limits on national budget deficits and debt loads.

In Ireland, Jerry Adams, president of the Sinn Fein, is making political capital from his anti-austerity stance as Ireland heads into a "yes" or "no" referendum on the fiscal compact (Sinn Fein is the political arm of the defunct Irish Republican Army). He is urging a "no" vote on May 31.

Ireland, which was the second of three euro zone countries to receive a bailout – the third was Portugal – seems to be losing its enthusiasm for austerity as growth falters. Recent polls suggest support for a "yes" vote stands at 47 per cent, "no" at 35 per cent and undecided at 18 per cent.

Why Germany holds the key to Europe's economic revival
May 9, 2012 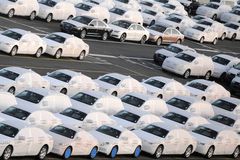 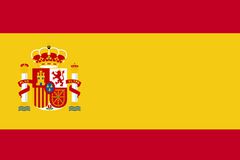 Opinion
France worries about Europe, not Hollande
May 10, 2012 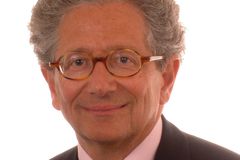 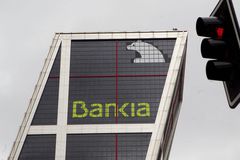