Heinz-Peter Elstrodt landed at Sao Paulo's Guarulhos International airport, and settled into the back of a limo for what became a three-hour trip across the sprawling, congested Brazilian business capital.

Mr. Elstrodt was not surprised that the trip took three times longer than it would take if traffic were flowing. As lead partner at McKinsey & Co.'s Latin American practice, the German-born consultant has worked with Brazilian governments on projects to improve the country's infrastructure, which is groaning under the weight of rapid growth and climbing income of its people.

"I know that when I'm coming from the airport, that I don't schedule any in-person meetings for the next several hours because you never know what is going to happen," he said in an interview from his office in Sao Paulo.

"Everything here is completely overloaded. . . . We're always at the tipping point of nothing moving."

The city's airport, roads and public transit are all desperate for investment. With growing affluence, the number of cars on the road has soared to seven million registered in the city alone. Sao Paulo city has 11 million residents, while the metropolitan area has 20 million.

But while public money has been committed, there are huge barriers to completing the work. One is the lack of professionals and skilled workers needed to plan, design and construct projects.

Brazilian leaders - including President Dilma Rousseff, who succeeded Luiz Inacio Lula da Silva on Jan. 1 - have all committed to invest in the city's transportation infrastructure, including roads, subways, buses and elevated monorail lines. There are also plans to add a new terminal at the Guarulhos International, and Ms. Rousseff has promised greater private-sector participation in airport projects.

Foreign firms - including Canadian companies like Brookfield Asset Management Inc. and Bombardier Inc. - are looking to benefit from the massive capital spending that is under way as the country builds its oil and commodity sectors, expands electricity output and meet the needs of an increasingly affluent population, while preparing for the World Cup of soccer in 2014 and the Olympics in 2016.

Global institutional investors - including the Ontario Teachers' Pension Plan and the Caisse de dépôt et placement du Québec - are participating in the financing of many of Sao Paulo's infrastructure projects, or are investing in Brazilian companies that are leading the work.

Sao Paulo - the world's third-largest city - is the financial, corporate and media capital of Brazil. Rival Rio de Janeiro is the tourist mecca, with a thriving port and booming oil industry.

Like Brazil itself, Sao Paulo is trying to manage its tremendous growth while keeping inflation in check. South America's largest economy experienced hyperinflation in the 1980s and early 1990s, when it peaked at 1,000 per cent. And like the country itself, the city is bumping up against capacity constraints that can fuel increases in wages, asset prices and consumer goods.

Ms. Rousseff said recently she remains committed to battling inflation, and the central bank is raising interest rates. But there is no sign of backing off ambitious spending plans in Sao Paulo.

The city is sprawling, chaotic, congested and dangerous, with a yawning chasm between rich and poor - it is at once home to one of the world's largest agglomerations of millionaires and the scene of teeming shanty towns.

But it is also cosmopolitan, stylish and exciting as business opportunities abound and members of the newly emerging middle class spends their leisure time in air-conditioned malls and increase their purchases of cars, televisions, household appliances and clothes.

"It's a great place to be," said Jose Paulo Rocha, director of financial advisory services for Deloitte Touche Tohmatsu Ltd. in the city.

"You see every day the burden of a growing economy and the lacking infrastructure. … On other hand, I can't imagine another place that you have more opportunity to make money, and to venture a business. Especially if you have entrepreneurial spirit, I think it is the right place to be right now."

That's a major admission for Mr. Rocha, a native of Rio, whose residents tend to characterize people from Sau Paulo as stuffy.

While Sao Paulo is the place to be for business, the city has a history of underinvesting in infrastructure. It is now trying to catch up.

But Mr. Rocha said it is difficult for governments to align their strategies - the airport is federal jurisdiction, the intercity trains are run by the state government, and the municipality is in charge of the bus service. And the levels of government have no track record of working well together.

One high-profile project that may change things is the $1.6-billion, 28-kilometre light rail project to link one of the city's poorer neighbourhoods by monorail with the existing Metro system - a critical piece of infrastructure that proponents say will cut a three-hour trip down to 50 minutes. Bombardier has won the contract for the line, and is designing and testing the monorail system at its plant in Kingston, Ont.

The Expresso Tiradentes is the company's largest transportation project outstanding, and Bombardier expects to win further work in Sao Paulo as the city expands its public transit system.

"If we deliver as promised - and we have every confidence that we can - then we see a lot of follow-on business in Sao Paulo and Brazil," Eran Gartner, Berlin-based president of the system division for Bombardier Transportation, said in telephone interview.

Critics say the government planners are focusing on expensive light-rail projects that put further strains on an already overcapacity Metro system, and on road expansions that do little to help the mass of commuters who rely on an overcrowded, unreliable bus system to get them to work and back.

"The big challenge in Sao Paulo is we don't have a public transportation network that can carry all the people who need it," said Juliana Carmo Antunes, director with the Institute for Transportation and Development Policy in Sao Paulo.

"And there are not any plans that will solve the problem."

The ITDP is urging the government to upgrade the bus system with specialized lanes, new high-occupancy buses and other measures to help handle the crush of people.

Brookfield's predecessor company, Sao Paulo Traction, was formed in 1899 when it won a concession for a tram system in the city, and built its first hydro plant in 1901 in the outskirts of Sao Paulo.

"Sao Paulo is very special because it is the origin of business for us," Brookfield Brazil chief executive officer Luis Ildefonso Simoes Lopes said in a telephone interview.

Now, Brazil is Toronto-based Brookfield's second-largest business region after the United States, and a tremendous source of growth for the company.

As a major housing developer and owner of seven shopping malls, Brookfield is banking on the growing middle class in Sao Paulo. Across the country, the company has investments in real estate, shopping centres, power generation, infrastructure, financial services and, mostly recently, the booming ethanol business.

In Sao Paulo, it has developed 23,000 units, mostly modestly priced housing, and is in the process of building on 30 different sites.

Mr. Lopes said the current Sao Paulo residential building boom rivals anything he has seen in the Americas.

"It's not that you are seeing an abnormal growth of the population," he said. "The population is growing at the same steady average - at the moment there is no migration to Sao Paulo city.

"But what is happening is an unbelievable transformation - the replacement of the very bad housing in the shantytowns by decent housing."

Sao Paulo homeowners remain extremely conservative in their borrowing, with mortgages averaging 60 to 65 per cent of house value.

With growing strong employment and rising incomes, the increasingly affluent Paulistas - as city residents are known - are keen to join the consumer society. Brookfield is riding that wave as well, with seven malls in the metropolitan area, including four newly expanded ones.

Though the city is still not wealthy by North American standards, Brookfield's Sao Paulo malls generate equivalent rent and sales per square metre. That's because customer traffic is 10 times higher, as the shopping centres are located in high-density neighbourhoods.

Analysis
Best not to ignore growing weight of BRICS
April 14, 2011 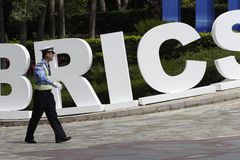 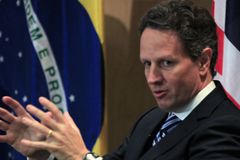 Brazil marches on to global greatness - and that is its biggest problem
January 9, 2011
The new kid on the BRIC block
April 13, 2011 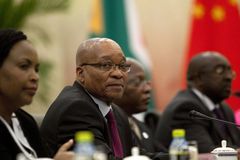