I knew fuel was cheap in Saudi Arabia, but I had no idea how ridiculously cheap. I found out when the driver of the big BMW who picked me up at the Jeddah airport pulled off the highway and paid the equivalent of $8 (U.S.) for a fill-up. Gasoline in the kingdom costs about 16 cents a litre. Water costs more.

No wonder that the notion of oil conservation is considered absurd in this country. In my six days in Saudi Arabia, in three cities on two coasts, I never saw a bicycle, a scooter or an electric car. The cars are huge; the most popular vehicle is the Toyota Hilux, the equivalent of the Ford F-series pickup truck. Everyone drives (except women, who are denied the privilege) and no one walks. With apologies to Fran Lebowitz, the outdoors in Saudi Arabia is what you must pass through to get from your apartment to your car.

No wonder there are worries that Saudi Arabia, the world's central bank of oil and OPEC's biggest producer and exporter, faces an energy crisis in a couple of decades. Domestic demand for oil is climbing so fast that Citigroup, in a 2012 report, predicted that the country would be a net oil importer by 2030.

While the idea seems outrageous, it is mathematically feasible. That's because strong economic and population growth – two-thirds of Saudis are under age 30 – are pushing up oil demand by about 5 per cent a year. The apparent effort to turn Saudi Arabia into a sand box jammed with cars can't take all the blame. Oil supplies about half of the country's electricity demand and that too is soaring. The extreme heat means that air conditioning is a necessity. Ditto desalinization plants to provide fresh water (a Saudi aquifer that was once the size of Lake Erie is 97 per cent drained). In the summer inferno, 800,000 barrels a day of oil is required for electricity generation alone.

Cutting oil exports to feed the domestic economy would be financial suicide for Saudi Arabia, all the more so since domestic sales are heavily subsidized (two years ago, when oil was well over $100 a barrel, Saudi power producers were paying a mere $5 to $15 for oil and it's probably less today, now that prices have collapsed). The economy is powered almost exclusively by oil exports and the government and Saudi Aramco, the state-owned oil giant, would do anything to keep the export spigot open.

Still, the Citigroup report, which was dismissed as fantasy in Saudi Arabia, is probably directionally right. It's hard to see Saudi exports rising from the current 7.7 million barrels a day when the domestic economy is getting ever thirstier for oil. The kingdom's rulers have a problem, because strong oil exports are required to finance the vast social programs, ranging from free university to subsidized employment. The bill is climbing because the monarchy ramped up social spending when the Arab Spring triggered revolutions in Tunisia, Libya and Egypt. A Saudi university professor I met this week told me that the lure of democracy would not bring the Arab Spring to Saudi Arabia; falling living standards would do it, he said.

Officially, Saudi Arabia is making grand plans to reduce the domestic demand for oil, or at least slow its growth. Aramco has launched an aggressive hunt for natural gas that could be used to replace the oil slurped up by the electricity plants. Even before the plants are converted to gas, there is a campaign to make them far more efficient. Nuclear reactors may come and investments are being made in photovoltaic and thermal solar power. If there is one commodity Saudi Arabia has in abundance besides oil, it is sunshine.

But when you are on the ground in Saudi Arabia, it's hard to take the endless talk of "sustainability" seriously. It remains overwhelmingly an oil-powered economy. In my travels, I did not see a single solar panel or wind turbine. Public transportation is an afterthought in spite of the burgeoning urban population, although a high-speed rail link is being built to connect Jeddah and the holy cities of Medina and Mecca. Car ownership rates are rising relentlessly. In the year to August, car sales rose 11 per cent from the same period in 2013.

The dependence on oil might even be increasing. A case in point is King Abdullah Economic City (KAEC), one of four new "economic" cities being built in the kingdom. Located on the Red Sea about 100 kilometres north of Jeddah, the $100-billion, privately funded project will feature housing for two million people, one of the world's biggest deep-water ports (already operating), and industrial and commercial zones. The city is about 10 per cent built, but you can already tell it was designed for the car, not pedestrians. A low-density wonder, it will sprawl across an area the size of Washington, D.C. The downtown will be 16 kilometres from the residential area.

The irony of KAEC is that it is being built to create non-oil commerce and industry in Saudi Arabia, yet the city will be utterly dependent on oil to survive. Saudi Arabia's problem – the lack of renewable energy – will ultimately become a global problem. More oil for internal consumption will translate into less oil for exports. And that will mean higher prices for everyone. 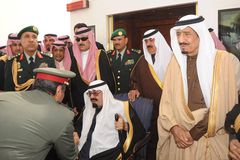 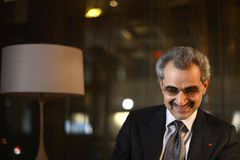 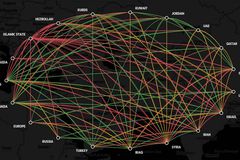