Seven years after the global financial meltdown forced them to turn the spending spigots wide open, governments around the world are piling up record amounts of debt, raising the spectre of another financial crisis that could tear apart the fragile economic recovery.

The current tumult in the bond world reflects growing concerns that the debt sloshing around global markets is becoming riskier, at a time when liquidity is thin and economic growth remains weak despite years of aggressive stimulus measures and widening budget deficits.

Government bonds regarded as among the safest in the developed world have become subject to violent price swings typically associated with more speculative assets. Yields on German 10-year bunds, the benchmark for the euro zone, shot up more than 20 per cent at one point Tuesday, in a selloff described by Goldman Sachs analysts as "vicious." As recently as last month, the same debt reached a record-low yield of 0.05 per cent.

At the other end of the confidence scale, Greek bonds strengthened slightly, reflecting renewed optimism that the embattled leftist government could cobble together a deal with euro-zone finance ministers that would get the bailout cash flowing again into its nearly empty coffers.

But deal or no deal, the chances of a Greek default remain high. And despite the efforts of European authorities to contain any fallout and safeguard the euro, a spillover to other battered members of the euro club can't be ruled out.

"There are a lot of rotten assets out there, and ultimately you have to have a reckoning," warned Alex Jurshevski, managing partner with Toronto-based Recovery Partners, who advises governments and corporations on debt restructuring.

Although most analysts doubt this would trigger a seismic global financial shock, the risk of contagion is more than trivial, as underscored by the current sovereign-bond rout – with a loss in value of about $450-billion (U.S.) across global markets in just three weeks.

"There's a lot of risk in any of the markets that have been subjected to artificial downward pressure on interest rates," Mr. Jurshevski said.

Worries about sovereign debt have been around since European nations first latched on to this instrument as a relatively low-cost way of meeting the high costs of waging wars and undertaking other expensive projects. Within four years after the newly minted Bank of England issued such bonds in 1694, government debt ballooned to £16-million from £1.25-million.

By the middle of last year, government-related debt around the world totalled $58-trillion (U.S.), a 76-per-cent increase since the end of 2007, according to a report by McKinsey Global Institute aptly titled "Debt and (not much) deleveraging." The ratio of all debt to GDP jumped 17 percentage points to a whopping 286 per cent.

Since the Great Recession, debt has been expanding faster than the economy in every developed nation on the planet, led by a huge expansion of public-sector borrowing.

At the beginning of 2008, government accounted for a smaller portion of the debt pie than corporate, household or financial debt. It now exceeds each of those other categories.

"The current situation is much worse than in 2000 or 2007, and with interest rates near or at zero, the central banks have already used up their ammunition. Plus, the total indebtedness, especially the indebtedness of governments, is much higher than ever before," said Claus Vogt, a Berlin-based analyst and co-author of a 2011 book titled The Global Debt Trap.

"Every speculative bubble rests on some kind of a fairy tale, a story the bubble participants believe in and use as rationalization to buy extremely overvalued stocks or bonds or real estate," Mr. Vogt argued. "And now it is the faith in the central-planning capabilities of global central bankers. When the loss of confidence in the Fed, the ECB etc. begins, the stampede out of stocks and bonds will start. I think we are very close to this pivotal moment in financial history."

Governments can't all be tarred with the same debt brush. Some like Japan have had little trouble managing even sky-high levels over long periods, buoyed by strong demand and relatively low financing costs.

The British government revealed last fall that it would redeem £218-million worth of bond obligations stemming from the First World War, as well as older debts dating back to the Napoleonic wars. That will still leave about £2-billion of Britain's First World War bonds in the hands of an estimated 120,000 investors collecting 3.5 per cent interest year after year.

Other more fiscally challenged countries, such as Greece and Ukraine, can't even keep up with current payments without a lifeline tossed by the International Monetary Fund.

Still, despite what some austerity-preaching politicians and pundits would have us believe, governments don't face the same constraints as households or businesses when it comes to debt, for a simple reason: They can always impose taxes and most of them outside the euro zone can still print their own money.

Besides, when borrowing costs are at historic lows, isn't this the ideal time to tap the markets for financing of infrastructure, research and other longer-term projects vital for job growth and future economic prosperity?

The test of whether a government is using its debt-raising capacity wisely lies in its ability to translate the borrowed money into economic growth without inflationary consequences that would hit people's standard of living.

"The question is not necessarily whether the debt is too high," said Edward Harrison, founder of Credit Writedowns and general partner at Global Macro Advisors in Washington. "It's really about maximizing resources that are available to the private sector."

A clutch of smaller countries with less than sterling credit ratings have joined the rush to scoop up cheap capital.

In a single week in March, Slovenia sold €1-billion of 20-year debt to investors at a remarkably low yield of just under 1.6 per cent. Bulgaria floated euro bonds with a yield of 2.3 per cent for seven-year maturities and 3.4 per cent for 20 years. Armenia, which carries a junk-bond rating, came to market with a 10-year U.S. dollar issue carrying a yield below 8 per cent.

The European Central Bank's enormous bond-buying program made such low rates possible for dicey borrowers. But a Greek default would quickly drive investors away from all but the bluest-chip issuers.

Here are a few of the sovereign borrowers whose activities are being closely watched by the bond crowd:

This is one of the few countries that really is like a badly run household – borrowing from creditors just to meet payments to the same creditors, with little control over its own pocket book and no ability to print its way out of trouble.

As most of the country’s debt is held by official lenders, investors won’t be overconcerned about a long-predicted default – unless it triggers Greece’s departure from the euro zone and sets off a chain reaction among more important troubled members such as Italy and Spain.

The triage for Greece can’t continue indefinitely, leaving the options of a default or forgiveness of the debt by the troika overseeing the bailout terms – the IMF, the European Commission and the European Central Bank.

“There’s no way to bridge the gap between what the troika wants from the Greeks and what the Greek government has a political mandate to achieve and what’s realistically achievable from an economic perspective,” said Edward Harrison of Global Macro Advisors in Washington. 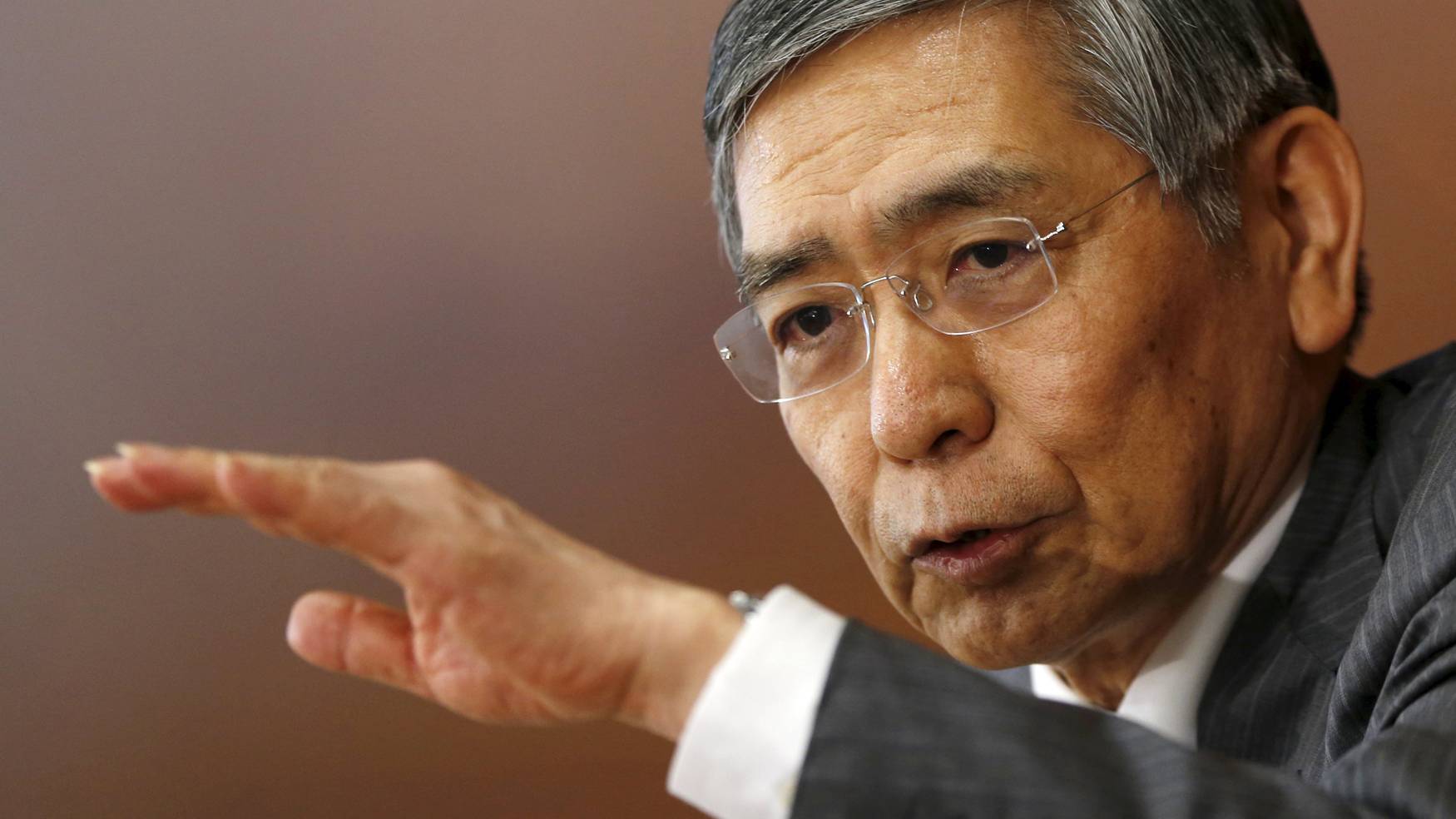 No one would put Japan in the same basket as Greece when it comes to sovereign risk. But analysts worry that Japan’s massive public debt – the world’s highest at 245 per cent of GDP – and worsening demographics make it particularly vulnerable to a shock.

Faced with an aging population, a shrinking savings rate and insurers and pension funds in search of higher yields to cover rising commitments, the government can no longer count on domestic institutions to acquire the bulk of its bonds at interest rates hovering around zero.

For now, the Bank of Japan is filling that role and expects to be holding more than one-third of the government’s 10-year bonds by the end of this year.

But down the road, Tokyo will have to tap international markets for financing, and that’s where the government will pay for failing to bring in the tough reforms that should have accompanied its massive fiscal spending and monetary easing.

“Given its debt dynamics, that will be a challenge,” said Phillip Colmar, a global strategist with MRB Partners in New York. The economy needs to be restructured and reflated and the debt has to be steered toward a more sustainable path. “But the clock’s ticking.” 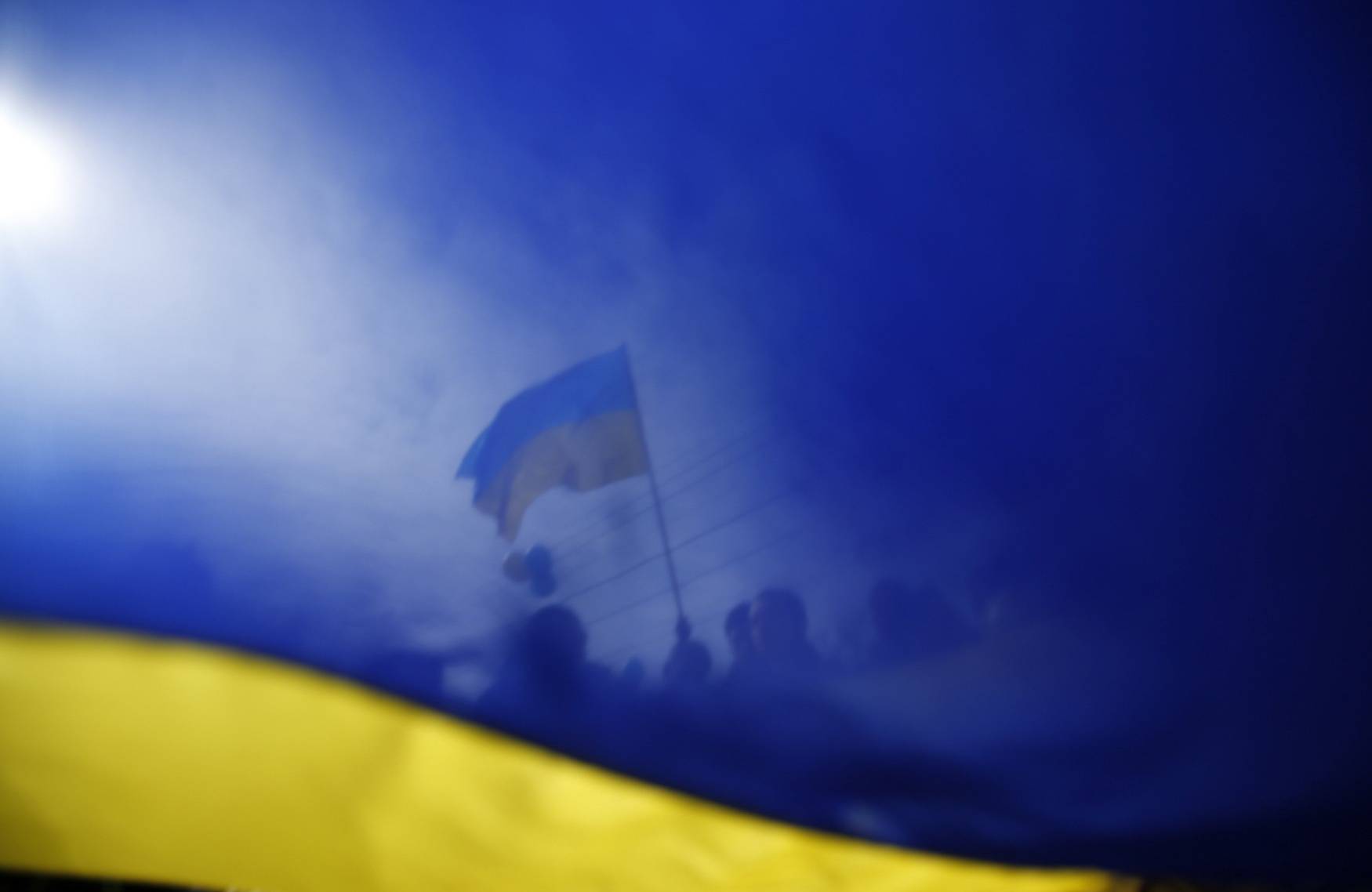 Pro-Ukrainian supporters are seen through a Ukrainian flag during a 2014 rally in Simferopol. (David Mdzinarishvili/Reuters)

Tops most debt watchers’ lists as the country most likely to collapse. And with good reason. Even bonds issued by Greece and serial defaulter Argentina rank as slightly safer bets than insolvent Ukraine, of which the embattled government is in the midst of rancorous negotiations with creditors over its proposal for a writedown of both principal and interest payments on about $23-billion (U.S.) in debt. 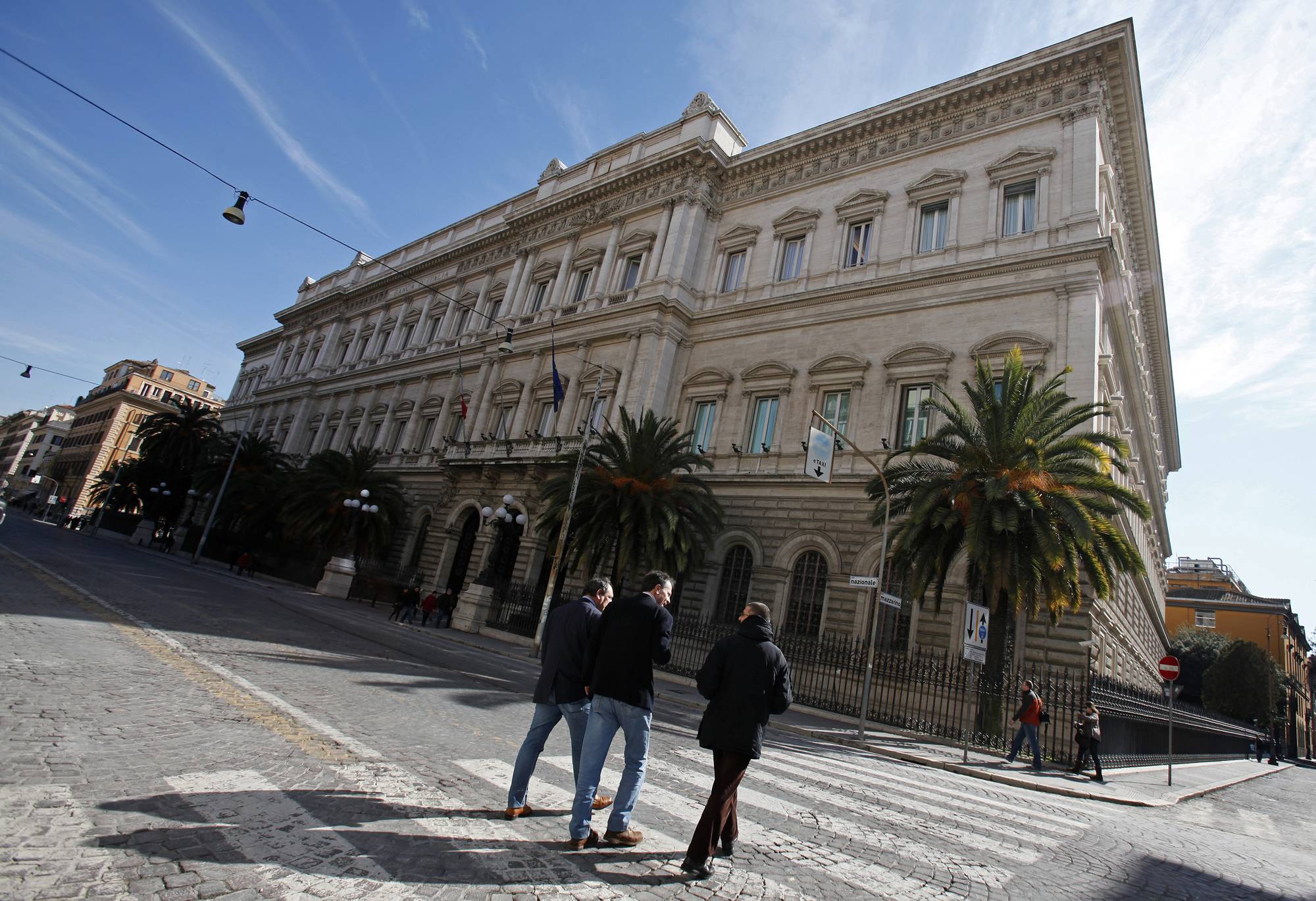 Pedestrians cross a road in front of the Banca d'Italia, Italy's central bank, in 2012. (Alessia Pierdomenico/Bloomberg)

This is becoming the euro zone’s biggest headache. Even though the default risk is low, what worries debt minders is the stagnant economy, a deeply troubled banking system and near-record public debt that ranks second only to Greece’s and has climbed to almost 132 per cent of GDP.

If conditions worsen, Italy will finally need the hefty bailout it has managed to avoid until now, or a “bail-in” of private creditors, Mr. Harrison says. “Either way, it’s going to increase the Italian government debt load, because the economy will crater if you allow those credit writedowns [bail-ins] to occur.”

For now, the Italian government should be thanking Athens for hogging the debt spotlight. Once Greece is either fixed or has blown up, Italy could find itself squarely in bondholders’ sights.