Standard & Poor's, the credit rating agency, warned on Wednesday that it would downgrade India's sovereign debt rating unless the government moved swiftly to bring the country's widening fiscal deficit under control.

The U.S. agency also revised the outlook on the long-term rating of Asia's third-largest economy to negative from stable but left it unchanged at triple B-minus, the lowest investment grade.

S&P said although India continued to have favourable long-term growth prospects and high levels of foreign exchange reserves, its debt burden remained a significant constraint on the economy's solvency.

Sonal Varma, an economist at Nomura, said S&P's revised outlook showed it was concerned about New Delhi's ability to unblock the political paralysis that has made it impossible for the government to pass key reforms over the past two years.

S&P said it expected only limited progress in terms of reform because of the "political gridlock."

"Such reforms include reducing fuel and fertilizer subsidies, introducing a nationwide goods and services tax, and easing of restrictions on foreign ownership of various sectors such as banking, insurance, and retail," it added.

Pranab Mukherjee, India's finance minister, said that S&P's revised outlook was a "timely warning" for Asia's third-largest economy but added that "there is no need for panic. The situation may be difficult, but we will surely be able to overcome [it]"

India's fiscal deficit widened to 5.9 per cent of gross domestic product in the year ending in March 2012, significantly above the government's 4.6-per-cent target. Increasing fuel subsidies, employment creation schemes and other welfare programs have contributed to the ballooning deficit.

India's central bank cut key lending rates for the first time in three years last week in a bold effort to stimulate growth, which rose 6.1 per cent in the last quarter of 2011 – its slowest pace since 2009. That contrasts sharply with the more than 8 per cent growth the country enjoyed 12 months ago. The Reserve Bank of India expects growth to rise to 7.3 per cent in the fiscal year ending March 2013.

Takahira Ogawa, S&P's credit analyst, said a downgrade could be triggered by any one of a series of factors: slowing economic growth prospects, deteriorating external debt, political instability or lack of fiscal reforms.

The negative outlook signals a 33-per-cent chance that India's sovereign ratings would be downgraded within the next two years, S&P said.

Mr. Mukherjee is committed to reducing the fiscal deficit to 5.1 per cent by the end of next March. However, several economists and political analysts doubt that the Congress-led government will have the parliamentary support to push through key reforms to reduce the fiscal deficit.

Manmohan Singh's government has been in a state of paralysis since 2010 when it was hit by a wave of corruption scandals. It has since failed to implement a series of measures, including retail reform, designed to boost central government revenues.

Indian economists broadly agreed with S&P's analysis, but several said that an outright downgrade would be unlikely.

Taimur Baig, chief India economist at Deutsche Bank, said: "Our central scenario is that conditions [will]not deteriorate to the extent to warrant negative ratings action this year. But the risks are clearly not trivial."

Ms. Varma said: "We believe there is a low likelihood of a rating downgrade actually occurring as we expect the economy to see some cyclical rebound in the near term … and the fiscal deficit should not worsen substantially. The only risk to this view is foreign reserves declining materially."

India's foreign currency reserves cover about six months of the country's current account payments, down from eight months in 2008 and 2009, according to S&P. 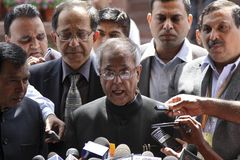 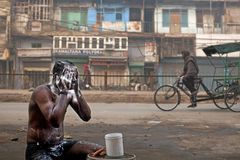 Opinion
There's no shelter from the world's economic storm
September 23, 2011 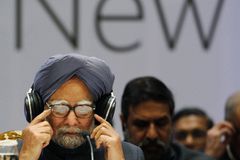 Opinion
Where is global growth without U.S., Europe, Japan?
September 7, 2011 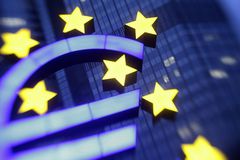