SNC-Lavalin Group Inc. has taken some pretty serious licks over the bribery and corruption scandal rocking the company.

The Montreal-based engineering powerhouse has been banned for a decade from projects financed by the World Bank and the Canadian International Development Agency. Several former executives stand accused of fraud. A downgrade by Standard & Poor's, blamed in part on the scandal, could hurt its ability to finance its activities.

Canada, the United States and many European countries are taking a much tougher line on what their companies are doing out in the world.

Often forgotten, however, is the flip side of the murky business of international corruption. It's the demand side, and by all indications, it's thriving.

For every bribe made, there is an outstretched hand, typically belonging to a top-ranking government official or well-connected consultant. In far too many countries, nothing gets done until the right person gets paid.

"It's the sacred cow everyone is afraid to speak about, at risk of being called anti-poor, anti-development, even racist," said Michael Robinson, a lawyer at Fasken Martineau DuMoulin in Toronto.

SNC-Lavalin's record 10-year banishment from World Bank work stems from its work on the Padma Bridge project in Bangladesh. The World Bank responded by cutting off financing to the project and demanded that Bangladesh prosecute key officials involved in the scandal. Bangladesh refused.

Much more could have been done, including a much tougher stand by the World Bank and the other major international development banks that finance billions of dollars of projects around the world.

The World Bank, for example, could have cut off Bangladesh from future financial aid until it does a better job of enforcing its own anti-corruption laws, argued Mr. Robinson.

Mr. Robinson is moderating a panel on the "demand side" of global corruption at a Transparency International Canada event Wednesday, May 29, in Toronto.

"I'm talking about something systemic, with severe punishment," he said.

You can try to cut off the supply of bribes. But as long as demand remains brisk, corruption will continue to thrive.

Bangladesh may be making the calculation that if the World Bank will not finance its bridge, someone else will.

Corruption and shady deals continue to plague the mining industry in many African countries. An expert panel led by former UN secretary-general Kofi Annan reported this month that Democratic Republic of the Congo sold five government-owned mines for a combined $1.36-billion (U.S.) below fair market value between 2010 and 2012.

The suspicion, of course, is that the difference wound up in the hands of well-connected middlemen, sapping the country of money that could have been used for health or education.

And that's just a small share of all mining deals struck in Congo. Last November, the International Monetary Fund cancelled its loan program in the country for its refusal to explain the role of a middleman in a 2011 copper mine deal.

But the World Bank continues to be a major lender in Congo, announcing $1.3-billion in financing for various projects earlier this month.

Canada and other wealthy countries should do more, not just by policing their own companies, but by encouraging better behaviour in the countries where they operate.

A positive step would be for Parliament to pass Bill C-474 – the so-called Sunshine Bill – which would require Canadian resource companies to submit annual, independently audited transparency reports, covering public disclosure of all payments made to foreign governments, including resource royalties, taxes and anything else.

The private member's bill, sponsored by Ontario Liberal MP John McKay, is similar to legislation already in place in the United States and proposed elsewhere. But the Conservative government has made it clear it will oppose the legislation, meaning almost certain defeat.

There are other ways to indirectly influence the demand side. Canada can prod the World Bank to take a tougher line. The same goes for Export Development Canada, a Crown corporation that finances many offshore deals.

Doing nothing virtually assures there will be many more Padma Bridge scandals. 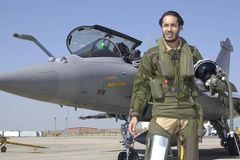 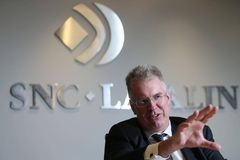 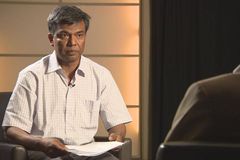 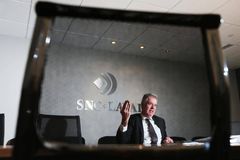