Browsing glossy brochures in search of an exotic and relaxing summer holiday is the norm for Swiss private bankers at this time of year.

But many will be going no farther than the Alps, fretting that Switzerland's tax disputes with the United States and other nations could leave them open to arrest and extradition if they leave the country and are suspected of aiding tax cheats.

Even secretaries working on U.S. accounts at the banks are reckoned to be at risk, while one banker rang an advice hotline because he was worried about nipping over the French border to buy groceries.

All this comes as Switzerland negotiates to get U.S. probes against 11 banks dropped in return for payment of fines and the names of thousands of U.S. clients. It also wants a deal to shield the rest of its 300 or so banks from prosecution.

Several Swiss bank employees have been arrested or indicted in the U.S. since the long-running tax dispute broke.

Banks including HSBC and Credit Suisse have given about 10,000 employee names to U.S. authorities in an attempt to avoid the fate of private bank Wegelin, which broke up in January under threat of indictment, bank employees and lawyers said.

A middle office worker, who attended a Geneva advice seminar organized by The Association of Swiss Bank Employees (SBPV), and whose bank sent her name to U.S. authorities, cancelled plans to attend a school reunion in the States in July.

"I recently went to London but I had my radar on the whole time. I am very uncomfortable when I travel," she said.

Former UBS banker Renzo Gadola, who received five months' probation after co-operating with U.S. authorities, and Credit Suisse's Christos Bagios, yet to be charged since his January 2011 arrest, are among Swiss bank staff to have been arrested in the States.

"Partners of the bank prefer to spend their holidays in Switzerland," said a spokeswoman for Wegelin, which is contesting summons to face U.S. criminal charges that it conspired to help wealthy Americans evade taxes.

The SBPV set up a hotline this month and organized events in Geneva and Zurich to advise bankers about overseas travel.

Rudolf Wyss, former deputy director of the Swiss Federal Department of Justice, told Geneva-based bankers that if they had advised clients on U.S. soil or taken on a U.S. client from Swiss bank UBS, they should cancel all travel plans.

"If the banker goes to the States there is a real risk of arrest. I would advise not to leave Switzerland," he told a tense SBPV meeting in Geneva on Tuesday.

"If there is an international arrest warrant you could be arrested, for instance, in France or Italy and then extradited to the States."

And secretaries working on U.S. accounts could be summoned as witnesses if they travel to the States, he added.

An SBPV official said it has received several phone calls a day on the travel hotline, adding one member was even worried enough to call about crossing the French border for groceries.

In January, a finance ministry spokesman said Swiss banks had handed tens of thousands of pages of data to U.S. authorities, including names of client advisers, as part of an effort to reach a deal over the dispute.

Yet some bankers have also been warned off going to Germany, where a deal to tax undeclared assets and shield banks from prosecution has yet to be ratified.

One asset manager said he uses a small family car for trips to Germany to avoid detection as a financial adviser.

Even banks not targeted by foreign tax probes have advised employees to think carefully before travelling.

"We have asked them to let us know if they are going to the United States because we do not want to risk them running into a situation," said Bernard Kobler, CEO of Luzerner Kantonalbank.

One Geneva-based private banker who requested anonymity said bankers holidaying abroad should not carry client documentation, to avoid being accused of conducting business.

"Bankers are going for chartered holidays to avoid the risk of being accused of looking for business while they are on holiday," said the chief executive of another Geneva-based private bank, who also asked not to be quoted by name.

"In December, I visited my wife and daughter in America and I told immigration I was a mortgage broker – I did not say banker," joked Pierin Vincenz, chief executive of Swiss co-operative bank Raiffeisen at a recent conference in Zurich.

Bankers who really can't go without sea and sun could choose from such places as Tunisia, the Maldives or Vanuatu, where there is no extradition treaty with the U.S. – though to be truly safe, they must ensure the flight does not involve a stopover in countries with U.S treaties. 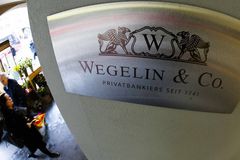 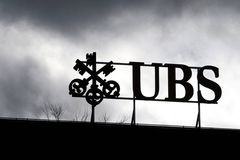 Swiss have defended their currency, but how long can they hold on for?
June 13, 2012 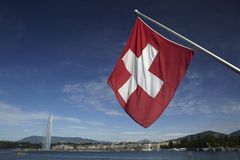 Opinion
We need a global army of tax collectors
October 15, 2011

Opinion
Taxing the wealthy only way out of euro zone mess
September 30, 2011 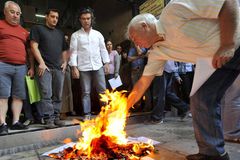