A day later, the aftershocks from Apple Inc.'s most important product launch in years are being felt across the technology world – instantly changing the fortunes of a myriad of Apple competitors, partners and the countless smaller companies that rely on the iPhone maker to survive.

After unveiling on Tuesday two new iPhones, a brand new smartwatch and a digital payment platform, Apple has set off a chain reaction across the vast ecosystem of applications and peripherals that cater to its products.

On Wednesday a host of iPhone case makers announced their new product lines, custom-tailored to the new 4.7-inch and 5.5-inch smartphones that will go on sale later this month. For years, iPhone accessories remained fairly static, as the phone's dimensions rarely changed. But with companies such as Samsung proving that there exists a significant customer base (especially in fast-growing Asian markets) for much larger phones, Apple has finally decided to target the market.

"Apple never really tinkered with them, but now we see a change to bigger screen sizes," said Frost & Sullivan telecom analyst Ronald Gruia. "Apple obviously decided that maybe it's time for them to do this, and it's an interesting change of pace."

In a report issued Wednesday, the research firm Canalys predicted that the "wearable band" product category will grow 129 per cent year over year in 2015 to 43.2 million units. The biggest driver of the category, according to the research firm, will be Apple.

Many analysts have been careful not to suggest that Apple's new watch will create a product category anywhere near as lucrative as smartphones or smartwatches. But the potential upside for the company is still significant. On Wednesday, analysts with Deutsche Bank Securities estimated that the Apple Watch will be worth somewhere between $15-billion (U.S.) and $60-billion in revenue to Apple.

But perhaps the most cataclysmic announcement from Apple on Tuesday was the company's new digital payment service, Apple Pay. The new tool, which promises to let iPhone users pay for goods at retail locations simply by holding their phones close to a terminal at the cash register, has instantly prompted a newfound sense of optimism among the many companies that have long toiled in the digital payments space, waiting for the technology to become mainstream.

A host of digital payment companies saw their stock prices soar on Wednesday, thanks almost entirely to news that Apple is moving into the sector. Net Element Inc., a mobile payment company, saw its stock jump almost 120 per cent, making it the biggest climber on the Nasdaq on Wednesday. Another mobile payments firm, Israel-based On Track Innovations Ltd., also saw its stock price surge on the Nasdaq – so much so that the company lauded Apple for supporting the Near Field Communications (NFC) wireless technology on which Apple Pay and many other mobile payment systems function.

In addition to launching the service itself, Apple is also releasing an "Application Programming Interface" for its Apple Pay technology. APIs generally allow third-party developers to build additional functionality for an existing service – meaning Apple Pay could soon be the focal point of yet another thriving network of third-party applications. 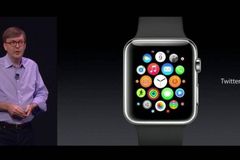