Global Commerce Insider occasionally seeks input from leaders on vital issues that affect our businesses and economy in a global context. Here, Andrew Black, co-founder of BrandProject, which helps Canadian startups grow their businesses in North America, offers lessons from his mentors

For more than 25 years working for the likes of Richard Branson at Virgin and Phil Knight at Nike, Andrew Black learned more than a few lessons that still guide him in his work today.

For instance, after Mr. Branson and he sold the Canadian branch of Virgin Mobile to Bell in 2009, Mr. Black took his mentor's advice and went into business for himself, starting BrandProject with three other entrepreneurs. With offices in both Toronto and New York, Mr. Black invests in and guides Canadian startups, helping them build their businesses in North America.

Mr. Black discusses some of what he learned from his mentors.

You've worked for some of the most well-known consumer brands in the world. Is there a common thread that links the success of companies such as Nike, Virgin or Lego?

Nike, Lego and Virgin have all been really successful because they put the consumer at the forefront of everything they do and it's really that simple. At Nike our mission was to bring innovation and inspiration to athletes around the world and to make exceptional products for them and the whole organization at Nike is aligned in structure to do just that. At Virgin Richard Branson has from the beginning set Virgin up to provide exceptional service to people and if you think about all of his most successful businesses many of them are service businesses: mobile phones, airlines, he's got a bank business called Virgin Money.

Lego is really inspiring builders and engineers and a whole generation of people around creativity, innovation and building and the Lego brand is now synonymous with that and has been a huge, huge success. It's now the largest toy company in the world.

All three of them at their core it's around the consumer and they all have leaders and founders that are incredibly focused on doing an exceptional job of that. That's really the summary of why the three of them have gone on to be so successful.

Nike has been synonymous with some of the most famous, and successful, athletes on the planet, such as Michael Jordan, Tiger Woods and Cristiano Ronaldo. What is it about the company that allows it to endure?

We never rested on our laurels. Phil Knight is a very competitive person and yet over the history of the company there were a couple of times when it looked almost too easy and we slipped a bit. That learning became so important and the company never took its success for granted. I think that one of the reasons Nike has been so successful is that while it continues to chart new courses for the success of the company, it never gives up.

There's a famous poster that I used to love which was a runner running in the distance in the fall in Oregon and all you can see is his back in the distance a couple of miles away and the tagline underneath says, "There is no finish line." I think that not only was there no finish line for that runner but it was also a metaphor for the company because they never give up.

Athletes around the world who have come to Nike, like Michael Jordan and Tiger and others, they could really relate to a brand like Nike and to the philosophy and the calibre and the quality of what was being built and they wanted to be associated with it. And Nike celebrated the athletes and what they stood for and built product for them and for their customers, as well. It was almost like Nike inspired the athletes and the athletes inspired Nike at the same time.

It was just a very special relationship and I've often found in business that if you think about competition or growing a business, increasing market share, innovating, there's no better metaphor than sports, because sports is all about adversity, and winning and losing and teamwork and substitution and dealing with all the things that go on.

Athletes like Michael Jordan and Tiger Woods were American, but they are also global brands themselves. Was that important for Nike in terms of growing worldwide?

It was critical because in the first 15 to 20 years it was much more American-centric and then the focus became 'How do we win in Europe?' And we knew that was going to happen through soccer and so a huge push was put into that; same thing in South America, same thing with China and Asia. So then it became important to get teams on the ground in those countries and find those local athletes who would resonate with the consumers there and then to find the ones that have the potential to not only be great locally but who could expand globally.

So that took the company from trying to have some amazing athletes and teams, to an Olympic initiative because then there was a huge emphasis to try to connect to Olympic teams around the world and so you'll see many of the teams these days on TV with the Nike swoosh.

What was it like working with Richard Branson and what did you learn from one of the world's most successful and famous entrepreneurs?

Richard is a truly inspirational boss and I loved working with him. Whenever we spend time together I gain valuable lessons. He's a demanding boss but he sure likes to have a good time as well.

Through the process of growing the business I would chat with him probably at least once a week through the five years and he took a tremendous interest in Canada and our business and he pushed but he also understood how tough it is to build a business.

I remember one conversation with him probably 10 or 11 months into the beginning of building the business and he called me for my weekly update and I let him know that things were challenging that week. We'd had two or three things that had gone the wrong way in terms of listings, retailers and technology delays and maybe didn't get to hire a person we were trying to get and they went somewhere else. I remember him saying to me, you just have to fight and fight and fight. He must have said fight about five times. So when I spoke to our team later that day I told them the story and it was very inspiring because you've got somebody who understands what it's like and isn't taking the opposite approach and just saying, 'Well, you've got to do better;' he was inspiring us to do better instead.

Do you have a favourite Richard Branson story or anecdote?

I was invited each year to go to an executive retreat at Richard's island, Necker Island, and I'll never forget about the time when I was there when Richard nearly drowned me.

He decided that it would be a good idea to get the whole group out sailing and have a sailboat race around his island one afternoon. I was on Richard's team and our boat was falling slightly behind the leader getting into the final phase of the race, and Richard hates to lose. He realized that the boat would go faster if it had less weight on the boat and so the next thing you know he pushed me overboard.

He actually said to me, 'Come sit closer to me,' and then the elbow came and off I went into the Atlantic Ocean. Luckily I had a life jacket on and I was rescued by one of the tracker boats that was behind us but he went on to win the race with a great crew and without me, so it was fun. But that's all the culture of the company – having great times as well as building businesses and doing it all in the same culture.

You worked for five different companies over a period of 25 years before you started your own business. What was the most important thing that you took away from that period of time?

The single most important lesson that I've learned and I continue to apply today is always to put people first. Happy team members mean happy customers and happy shareholders and really it's in that order. You can have a great idea, but without a winning team to execute it, you will fail.

I've been very fortunate that way to have had great mentors in the likes of Richard Branson, Phil Knight and many others. The art of learning how to lead and inspiring people and and trying to do things that are close to impossible are really the hallmarks of what has made those companies successful and are what I've taken and applied at BrandProject as we continue to build some young successful businesses.

If you could go back and do it all over again, is there anything you would change?

I think I would have started BrandProject sooner because we're having such success with it. I've loved every aspect of the journey I've had and all the people I've met and all the businesses I've gotten to work with, but I really do love what we're doing at BrandProject and we're building some amazing companies. 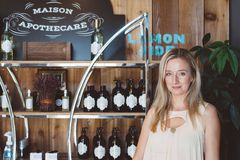 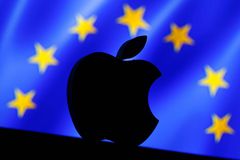 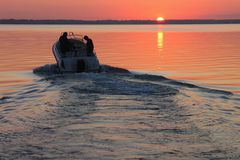