The headlines are ominous.

A longer-term view suggests recent tensions aren't all that unusual. Strains over the Keystone XL pipeline, Buy American legislation, the Windsor-Detroit Bridge and a U.S. tax crackdown are typical of the ebb and flow of a sweeping relationship, stretching back decades. There are rough patches, when the list of irritants grows longer, and there are better times.

Through it all, there are a couple of constants. The urgency of these bilateral issues is inevitably more magnified in Canada. Like it or not, the Canadian economy is more dependent on the United States than vice versa.

A second reality – often overlooked in Canada – is the crucial importance of the U.S. electoral clock. Second-term presidents, such as Barack Obama, are always weaker than first-term ones. Their influence wanes as their days in office wind down. Legislative gridlock and inward-looking domestic politics are typically more pronounced in the months before presidential elections (every four years) and midterms (every two years).

Mr. Obama is going into a pivotal midterm in which the Democrats are struggling to hang on to the Senate.

The Obama administration's non-decision on the Keystone XL pipeline, the resurgence of Buy American purchasing rules and the U.S. reluctance to pay for a toll plaza on the planned Detroit-Windsor bridge are all entangled in election-year angst about climate change, federal finances and lost jobs.

Bruce Heyman, the new U.S. ambassador to Canada, undiplomatically likened the spate of continuing bilateral problems to a "scratch" on the bumper of a new car. In other words, trivial.

His comments underscore constant No. 1: Scratches can cost Canada dearly in lost trade and economic opportunities, even when there is minimal collateral damage to that big U.S. Chevy.

But to suggest relations are at a new low in 2014 is a bit of stretch.

The year 2002 stands out as a distinctly rougher patch, with arguably much higher stakes than today. The prime minister at the time, Jean Chrétien, refused to send Canadian troops to Iraq, calling the U.S. invasion illegitimate. His then director of communications, Françoise Ducros, inflamed already-tense relations when she was overheard at a NATO summit in Prague calling U.S. President George W. Bush a "moron."

That same year, the United States slapped punitive duties on shipments of Canadian softwood lumber. The two sides would call a truce in 2006, but the Canadian industry lost out on some of the best years of the U.S. housing boom.

Like Keystone XL, softwood lumber was similarly held up as a symbol of relations gone sour during the serial trade wars of the 1980s, 1990s and 2000s.

Too many Canadians cling to the notion of a "special relationship" with the United States. Close, yes, special, less so. Special implies privilege, including privileged access to the U.S. market. That is no longer the case with the proliferation of regional and bilateral trade deals, which have undercut much of the advantage Canada enjoyed with bilateral free trade.

The absence of special treatment for Canada is particularly evident in the U.S. crackdown on tax evasion, highlighted by imposition of the Foreign Account Tax Compliance Act. Eager to stop Americans from stashing their cash offshore to avoid taxes, the U.S. decided it would strong-arm foreign financial institutions, and governments around the world, to track foreign accounts held by Americans.

This clampdown aimed at a relatively small group of wealthy U.S.-resident Americans has had an outsized impact on Canada, where there are more people with U.S. ties than in any other country. It isn't aimed at Canada. It is a product of misguided U.S.-centric policy making, rather than a deliberate attempt to hurt a neighbour.

The same is true of recent Buy American restrictions on government spending. The intent of these measures is to protect U.S. manufacturing jobs and production from moving offshore to countries such as China. Unfortunately, many Canadian companies straddle the border, with integrated supply chains that become collateral damage.

If anything, Canada is a victim of benign neglect.

But that's not new.

An American revival: A Canadian manufacturer’s quest to rebuild itself
July 5, 2014 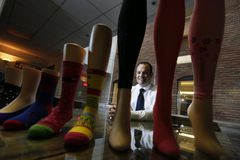 How Goldman Sachs won and lost with China's Alibaba
July 4, 2014 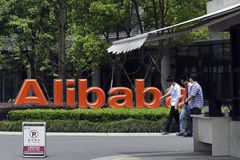 Mexico speeds ahead of Canada with $1-billion BMW investment
July 3, 2014 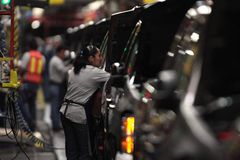