Tell people in this city that Doha is boring and they might take it as a compliment.

This sprawling Persian Gulf metropolis of approximately 800,000 people set an unusual Guinness World Record last year – for infrastructure. It had 21 tunnel-boring machines at work on its first subway line.

By comparison, in all of Canada there were five similar diggers.

Qatar’s continuing development is staggering. Driven by a long-term national plan and pressure to deliver the 2022 FIFA World Cup tournament that was awarded but mired in controversy, Doha often seems to be one giant, continuing construction site.

Canada has a relatively small business presence here, but experts see potential for growth, particularly in managing infrastructure projects. To make it easier for the approximately 7,000 Canadians who work here, Tim Hortons, Coffee Time and Second Cup are all open here. 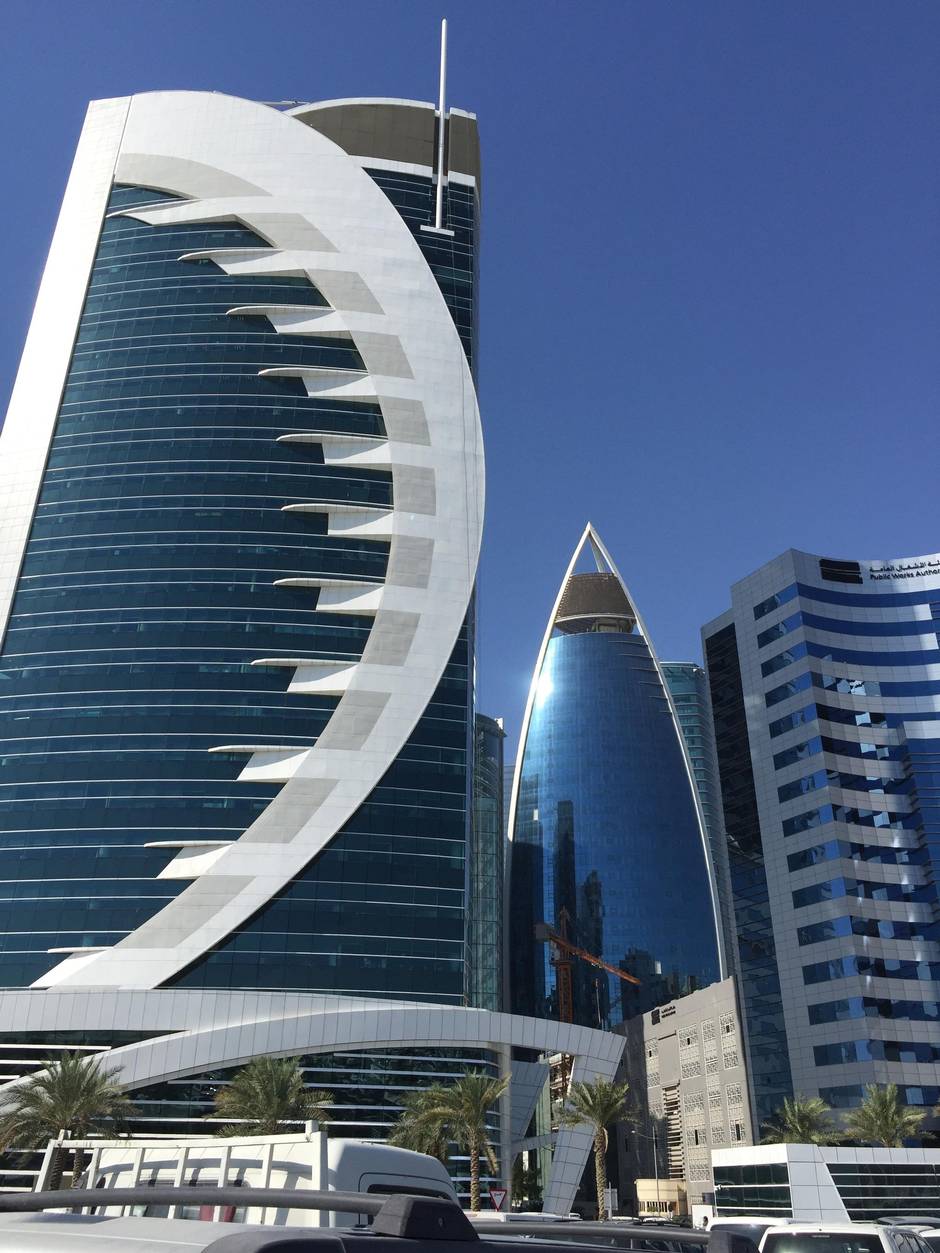 Towering new office buildings in Doha are part of the construction boom in Qatar. The city has also built a new airport, housing projects, multilane highways and arterial roads, parks, hotels, shopping malls and sports facilities. (David Israelson for The Globe and Mail)

In the couple of years since the Canadian embassy opened in Qatar, Doha has built a sparkling new airport, dozens of towering new office buildings and housing projects, sleek multilane highways and arterial roads, parks, hotels and shopping malls, sports facilities and its 37-stop subway, due to open in 2019.

At one point the subway, which will have additional lines built in the next decade, was the largest construction project in the world. Another railway network connecting Qatar with other Persian Gulf countries is scheduled to be completed by 2020.

“There has been some belt tightening here because of low energy prices, but it’s all relative,” Western diplomats here say. “Qatar is still very much open for business.”

Canadian companies find that with all the construction, there is demand for high-quality building materials, but the bigger opportunities are in project supervision and management.

“Canadian firms generally find themselves more suited to the consultancy and operations management aspect of the industry,” the Canadian Trade Commission says.

Qatar’s economy remains strong because, unlike other Persian Gulf states that rely heavily on oil prices, its main energy export is liquefied natural gas (LNG); it is the world’s biggest exporter of LNG.

“Qatar is among the best-placed countries in the world to survive low oil prices,” says The Oil & Gas Year, which reports on the worldwide energy sector.

Even with Canada’s large energy industry, more than 85 per cent of our trade with Qatar is importing LNG from the country. Canadian exports to Qatar climbed in 2012, but two-way trade still fluctuates on a small scale, ranging from just under $375-million a year up to $560-million, depending on trade in LNG.

The best way to describe the Canadian business presence here is that there’s a foot in the door. 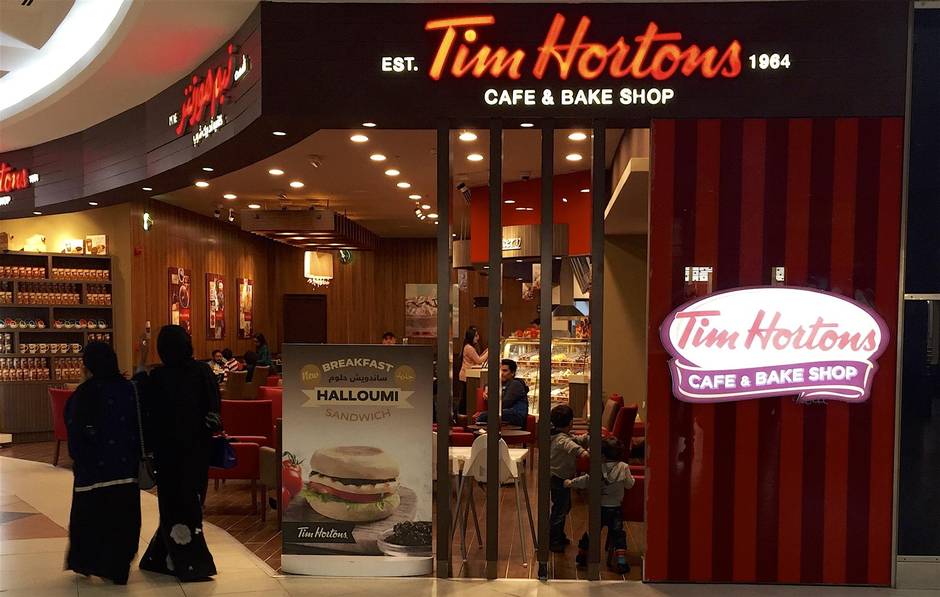 The first Tim Hortons opened in Doha, Qatar, in 2013 and there are plans to open 23. (David Israelson for The Globe and Mail)

The first Tim Hortons opened here in 2013; another one is in a central shopping mall that also has one of Doha’s two indoor skating rinks. Locals describe the restaurant in positive terms; although there is no Arabic term for a double-double, this is high praise in a culture that takes its coffee seriously.

There are plans to open 23 Tims in Qatar and there are also six Coffee Times and several Second Cup outlets in Doha. There is also a Four Seasons Hotel and several Canadian clothing retailers, such as the Aldo shoe chain.

Canadian health care and education also have a presence in Qatar; SickKids International ran a five-year children’s health partnership program here from 2010 to earlier last year, and the College of the North Atlantic and University of Calgary nursing programs are also in Doha.

Still, experts see some of the biggest opportunities in Qatar’s massive infrastructure program for other foreign businesses as well as Canadian ones. 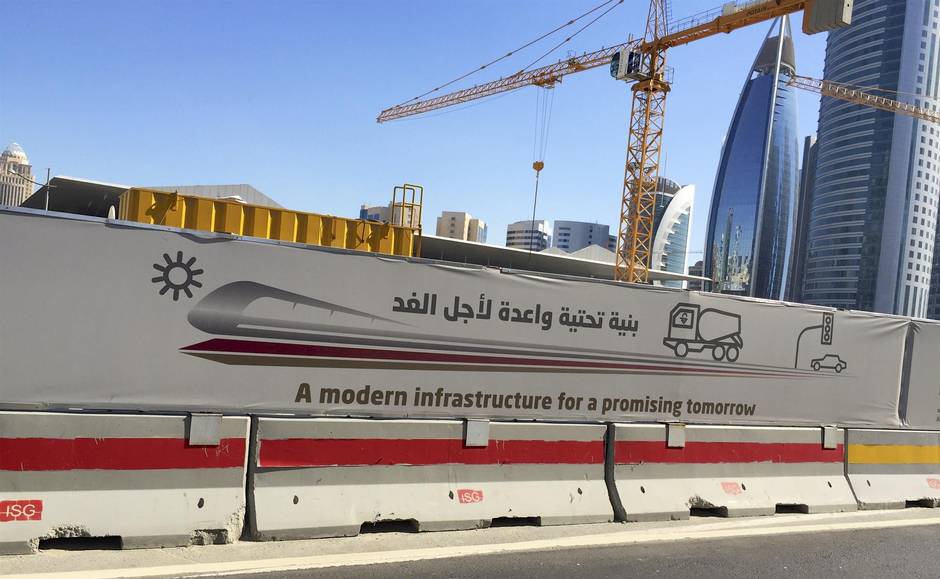 Driven by a long-term national plan and pressure to deliver the 2022 FIFA World Cup tournament, Doha, Qatar, is spending billions of dollars on infrastructure development. (David Israelson for The Globe and Mail)

Planning and projects are driven by two imperatives – preparations for the World Cup soccer event and Qatar National Vision 2030, the country’s long-term planning road map to build a sustainable infrastructure for the country.

One of the biggest Canadian contracts here was a project management deal awarded last June to SNC-Lavalin ProFac Gulf Management, a joint venture between the Montreal-headquartered engineering firm and a Qatari partner.

The partners were awarded a three-year management contract with two one-year options to oversee an approximately $7.5-billion redevelopment of Doha’s downtown Msheireb district, a 31-hectare project that will revitalize the city’s historical centre in a sustainable way.

While awarding Qatar the 2022 World Cup remains controversial, thanks to a massive sweep of FIFA officials arrested for corruption, experts believe the decision won’t be changed – and the country continues to build, regardless.