Twenty years ago, a British monarch and a French president jointly inaugurated the Channel Tunnel, an event that is being celebrated Tuesday by Groupe Eurotunnel SA, a company that flirted with financial death but is now reborn.

The anniversary is a chance to celebrate the world's longest sub-sea crossing – and also a marketing opportunity for the tunnel operator. Eurotunnel owns and operates the tunnel and shuttle trains that transport cars and trucks across the Straits of Dover. But it wants to expand its business much further than the Kentish and Normandy coasts.

Eurotunnel already leases part of its capacity to Eurostar, the French high-speed train that links London to Paris. Its greater ambition is to lure rail competitors into the tunnel, linking London by fast trains to cities far afield: Amsterdam, Geneva, Cologne and Frankfurt.

The train set is being assembled but, as is usually the case with matters that involve Britain and France, the track to success is likely to feature more than the usual number of twists and turns.

Confronting Eurotunnel is politics, commercial rivalry and the cussedness of nations. For the French, the Channel is a nuisance to be overcome by good engineering and state planning. In contrast, the British have always been grateful for the maritime barrier that prevents them from being joined at the hip with foreigners and their troublesome ways.

The tunnel's launch ceremony on May 6, 1994, was a rare moment of official warmth between the two countries. Queen Elizabeth described Eurotunnel's achievement as a happy marriage of "French élan and British pragmatism" while president François Mitterrand recalled the D-Day landings and graciously thanked Britain for its role in liberating France from Nazism. It was a moment to celebrate what the American Society of Civil Engineers dubbed one of the seven wonders of the modern world.

Unfortunately, the speeches were unable to paper over the project's monumental problems, including construction costs that had soared to £10-billion ($21-billion then), almost twice the original budget.

A colossal debt burden left Eurotunnel with big financial losses. It staggered on until 2006, when it sought bankruptcy protection in the French courts, re-emerging a year later with a restructured balance sheet and much less debt.

Thanks to the restructuring, Eurotunnel is today stable, profitable and eager for growth. Last year it succeeded in carrying 20 million passengers, a level that it was originally forecast to attain within a few years of launch. But its tunnels still operate at half of their capacity and the opportunity to lure trains and passengers beckons.

One key obstacle is Britain's lukewarm feelings about the link to the continent. It is telling that French were the more enthusiastic in supporting the original Eurotunnel offering. It was Britain that failed to connect the English end of the tunnel to London, leaving Eurostar passengers trundling through London suburbs, making way for commuter trains, after a thundering journey at breakneck speed through northern France.

Canadian fund managers like the tunnel story, as do Eurotunnel's many North American institutional shareholders, including Goldman Sachs Infrastructure Partners, which controls a quarter of the voting rights. But the romance of grands projets doesn't stir the English soul. Infrastructure that might deliver more British traffic in Eurotunnel's direction is being held up in the quagmire of local politics.

The U.K. parliament last month finally passed a bill supporting the development of Britain's second high speed rail line, HS2, connecting London's Euston station to Birmingham and later to Manchester and Leeds at an estimated cost of more than £40-billion ($74-billion). But to the frustration of Eurotunnel, it is still unclear whether HS2 will fully connect to HS1, the Channel Tunnel rail link.

Undeterred, Eurotunnel is investing its own money, buying Veolia Cargo, a French rail freight operator, to bolster traffic. The bigger prize, though, is more passenger rail operators using the tunnel. Since 2010, the European Union has been an open market for train operators but the legal regime is being implemented slowly on the ground.

Airlines such as Virgin Atlantic and Air France were five years ago considering the launch of competing services, linking European cities to their airport hubs. But the slow pace of infrastructure delivery frustrates competition. Even Deutsche Bahn, the German state railway, has put on hold plans to launch a high-speed line from Frankfurt to London, a journey that would take only five hours from city centre to city centre.

The first DB trains were due to arrive in London last year, but the launch has been put back to 2016 due to delays in train delivery. There are quarrels between Siemens AG, the German supplier, and the tunnel's regulator over certification of German trains. The tunnel was designed for Eurostar's locomotives which were built by Alstom SA, a French company. "None of us anticipated that we would have such major problems with certification," said Andreas Busemann, Deutsche Bahn's head of production.

For all the obstacles, there is little doubt that the tunnel is changing life at both ends of the link. London is now the sixth largest French city, home to 250,000 French citizens. A new generation of French expats is changing London, encouraging state primary schools to establish French streams and even adding a French style of play to amateur rugby clubs. Meanwhile, older Brits have invaded France in force, buying homes for retirement and establishing small businesses in quest of a more pleasant lifestyle.

It is tempting to believe that future generations will barely notice the Channel. 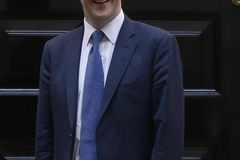