Over the past couple of years, farmers in central Oregon have noticed a new group of visitors poking around – a growing number of big California nut growers, looking for land.

They've shown up in the Willamette Valley, a 250-kilometre long stretch of lush farmland that runs through the heart of Oregon. It's one of the better growing regions in the United States, home to countless vineyards, among other farms. But that's not the only reason the nut growers from California have come calling.

More than anything else, they want water.

California, where almost half of all the fruits, vegetables and nuts in the United States are grown, is suffering from a years-long drought that many are starting to believe might not be a temporary disturbance, but a permanent shift in the climate. The drought has already forced many of the state's biggest urban centres to undertake sweeping conservation measures.

But a huge portion of water use in California is related to farming. and should the drought continue in the longer term, the coming decades might see a cataclysmic change in the industry charged with feeding this country: a substantial portion of California's farmers may eventually be forced to move.

"We've got some of the best soil in the world in the Willamette Valley. And, knock on wood, we have very good water."

In the past half decade, the United States has started tackling some of the newest human consequences of a rapidly changing climate.

In southern Louisiana, the federal government has earmarked tens of millions of dollars to help relocate residents of the many shredded islands and inlets that are increasingly vulnerable to hurricanes and storms thanks to decades of land loss.

In southern Florida, a group of small-town mayors have begun to openly discuss how to best prepare their residents to cope with the likelihood that, thanks to rising sea levels, the places they grew up in may no longer be habitable in a few decades' time. Indeed, should the worst climate change predictions prove accurate, millions of people around the United States may be forced to migrate from one part of the country to another.

But whereas politicians are now beginning to brace for a potentially massive movement of people, there is less discussion of another kind of migration – the movement of entire industries. Along the West Coast of the United States, from the heart of California farm country to the hazelnut plantations and vineyards of the Pacific Northwest, the earliest signs of that migration are starting to appear – an entire industry forced from its long-established centre not by economic misfortune or plunging profits, but climatic necessity.

It's been five years since California has seen a year of what was once considered average rainfall. The effect of that years-long dry spell is evident everywhere, but perhaps most starkly in the state's farming business. A study late last year by NASA and the U.S. Geological Survey found that roughly one million acres (400,000 hectares) of agricultural land in California's Central Valley was left idle all year long – double the normal amount during non-drought years.

The magnitude of the crisis has led some to reconsider whether having so much of the nation's farm production in one place – California is responsible for almost almost all the country's broccoli, strawberries and carrots, among a host of other crops – is a good idea. Tom Philpott, a food politics writer and farmer, has led a call to, as he puts it, "de-Californify" the country's food supply. He suggests a transition – even if it's a minor one – to areas of the country such as the Midwest corn-growing regions, or the old cotton fields of the Deep South.

But change doesn't come easily. For one thing, production has been so concentrated in California for so long that there's little evidence of how successful similar operations might be elsewhere in the country. Other than Florida and the Pacific Northwest, for example, there's hardly much fruit production anywhere in the U.S. outside of California.

Jeff Heater, an Oregon farmer and member of the Columbia Gorge Fruit Growers association, says the average small farm in Oregon is an order of magnitude smaller than one in its southern neighbour. And many of the fruits and vegetables grown in California are not produced on a large scale in Oregon. There are opportunities for the state to capitalize on some of the lost California production, Mr. Heater says – for example in the growing of olives or the notoriously water-intensive almonds. But for now, he adds, a lot of farms in Oregon are decidedly small operations, focusing on crops such as varieties of cherries that essentially need to be on store shelves within a few days of harvest – a boon for fans of locally grown, small-batch farming, but hardly the kind of infrastructure needed to feed a nation.

(Indeed, Mr. Heater says, more than any spike in prices, growers in Oregon hope the California drought results in at least some northward migration of farm labour – once flush with workers after the recession of 2008 caused a bust in the construction industry, farmers in the Northwest have since struggled to find people to work the land).

There is, of course, another possible scenario, one in which the U.S. farming industry, a few decades from now, wherever it might be located, acknowledges that the 20th-century golden years of plentiful, cheap and always-available California produce might be over. 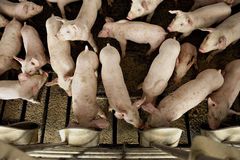 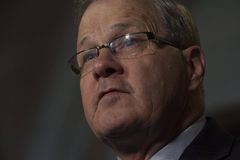