The intensifying controversy surrounding a busy season of bond downgrades is exposing fault lines in the embattled rating industry.

After years of disappointing investors with premium ratings on toxic sub-prime securities and troubled corporate bond issuers, rating companies are flexing their muscle by taking tougher stands on risky credits. In recent weeks, the world's biggest rating agencies have slapped down the sovereign debt ratings of the United States, Italy and some of these countries' leading banks.

Rating agencies are moving quickly to remedy a public relations disaster. But the very governments and corporations that have paid the agencies for decades to rate their bonds now say they are increasingly at risk of becoming irrelevant.

"Tainted political considerations," railed Italian Prime Minister Silvio Berlusconi this week, when Standard & Poors Rating Service knocked down the country's sovereign debt rating a notch to Single-A on Tuesday. After Moody's Investors Service bumped down the short-term debt of Citigroup Inc. on Wednesday, the bank harrumphed in a statement: "We completely disagree."

In good economic times, debt issuers were happy to pay rating agencies because the assessments were seldom negative. In bad times, poor rating marks are prompting issuers to question their business with rating companies. Some clients are balking at paying for poor report cards and major investors are turning to other experts to help assess credit risks.

Overshadowing the rating turmoil is a Securities and Exchange Commission investigation into the role of U.S. rating agencies during the financial crisis. A report by the U.S. Financial Crisis Inquiry this year found that credit rating agencies "were essential cogs in the wheel of financial destruction" because they stamped their highest ratings on tens of thousands of securities linked to toxic sub-prime mortgages.

The accusations have given bond issuers ample reason to fling mud at rating agencies when they are slapped with downgrades. "They should get their own house in order before they point the finger at us," said Charles Tovstein, assistant treasurer of San Mateo County, Calif. Mr. Tovstein fired S&P in August after the firm downgraded its rating on San Mateo's municipal fund because of its large holdings of U.S. government treasury bills, which were simultaneously downgraded. San Mateo was one of more than a dozen U.S. counties to do so.

"It just burned up me up . . . there is absolutely nothing wrong with our fund" said Chips Shore, comptroller of a $700-million (U.S.) municipal fund in Manatee County, Fla., which pays S&P an annual fee of $16,000 to rate the fund. Since the downgrade, U.S. treasuries have soared in value because of their appeal as a safe haven in tough economic times.

Rating agencies are not just losing customers, they are denting investor confidence.

Ronald Mock, senior vice-president of fixed income at Ontario Teachers Pension Fund, said the fund began reducing its dependence on credit rating reports after the financial crisis hit in 2008. "2008 caused a lot of institutions to rethink what they were doing in the credit rating space."

While rating agencies still play an "important role," Mr. Mock said, Teachers has since built a specialized internal team of internal credit analysts to assess the financial health of debt issuer. "It is not prudent for us to rely on them solely."

The credit rating model wasn't always so conflicted. Since John Moody first assigned letter grades to railroad bonds in 1909, credit rating agencies earned their keep for much of the century selling subscriptions to their debt evaluation reports. As corporate securities proliferated in the 1970s, agencies saw an opportunity to boost profits by charging a fee to the companies and governments that they rated.

The shift meant the issuer, rather that the investor, became the client. During the boom in financially-engineered products in the 2000s, issuing clients paid handsomely for premium ratings. At Moody's, more than 45,000 mortgage-backed securities were stamped Triple A. Since then, more than 80 per cent of the securities have been downgraded.

"The credit rating agencies have discredited themselves," Mr. Neysmith said. "They destroyed a very good business and the important role they played in the capital markets." 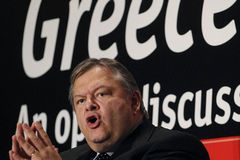 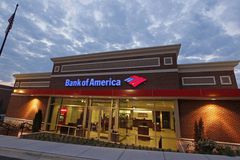