Watching someone open a box may sound about as entertaining as watching paint dry. But "unboxing" videos are a growing phenomenon, and now one big brand – Walt Disney Co. – is making use of the trend.

The company is launching the biggest unboxing event ever seen, live on YouTube this week, in a blockbuster marketing push for the newest merchandise in the Star Wars film franchise.

Unboxing videos did not start out as advertising, per se. The trend began with YouTube contributors who would open and test new items such as tech gadgets, toys and beauty products. One reason for their popularity is that the reviews are seen as more authentic than videos produced by advertisers.

But brands themselves have jumped on the unboxing bandwagon and Disney is the latest example. According to the company, the Star Wars product unboxing will be an 18-hour event, taking place in 15 cities in 12 countries. Promoted as an "epic global event," it begins on Thursday morning in Sydney, Australia (Wednesday afternoon in North America) with live videos on YouTube in which a new product will be revealed in each city.

The massive marketing effort is a lead-up to what the company has dubbed "Force Friday" this week, when retailers will have the products on shelves for the first time.

With this event, Disney is not only taking a hard run at merchandising around the Dec. 18 release of Star Wars: Episode VII – The Force Awakens; it is also attempting to dominate holiday toy sales. While most consumers tend to begin their shopping in mid to late November, toy advertising geared toward holiday sales actually begins in September, Ms. Liem said.

The Star Wars products are well-positioned for that competitive period: Toys that are tied to some form of content – whether television shows, movies, digital videos and digital games such as Minecraft – account for a growing portion of overall toy sales. In Canada, licensed products make up 67 per cent of the estimated $1.7-billion toy market in Canada, and 11 per cent are specifically linked to movies, according to research from NPD, which just began tracking the toy market in Canada this year. NPD's global numbers, which stretch further back than this year, show that growth in licensed toys is a wider trend.

"Every year, it seems to grow," Ms. Liem said. "Even if you look at evergreen brands like Nerf or Barbie, those are typically not brands that are fuelled by content … but you see them expanding. You see things like [video bloggers] Dude Perfect working with Nerf, doing cool tricks to engage that audience. Barbie is creating digital games and websites to keep girls engaged in the brand beyond just playing with the doll."

NPD also predicts that the strength of the Star Wars franchise will lead to a stronger first quarter in toy sales next year, easing the typical post-holiday slump.

Disney's day-long bombardment of marketing will kick off holiday sales and, the company hopes, drive demand among Star Wars fans already hanging on every movie teaser and trailer as they are released online.

The event also represents a coup for YouTube's owner, Google Inc., which has been encouraging advertisers to recognize the potential of unboxing videos – and to spend more money on YouTube.

According to a report from Google last year, unboxing videos had attracted more than a billion views in one year, as of November, 2014. Globally, those views had grown 57 per cent compared to the year before, and contributors uploaded 50 per cent more videos on to the site than in 2013.

When the reviews are good, it serves as authentic marketing for brands. But unboxing videos can be negative, and their influence can extend beyond their online community. Last year for example, one Ontario video blogger – whose YouTube channel now has more than 2.4-million subscribers – created a major PR headache for Apple Inc. Lewis Hilsenteger's "iPhone 6 Bend Test" video exposed a flaw in one of the company's popular smartphones. Other companies seized the opportunity to mock the tech darling, and left Apple doing damage control.

Advertisers have begun creating their own unboxing videos: Sony Corp. released one to unveil the PlayStation 4 gaming system in 2013; Samsung used the format in ads for its S6 Edge phone this year; and last holiday season Unicef Canada used this type of video to promote its "survival gifts" for needy communities worldwide. The Star Wars campaign is the biggest bet so far that an advertiser can harness the appeal of the unboxing format to heighten demand for its products.

Editor's note: The size of Canada's toy market has been corrected in the online version of this story. 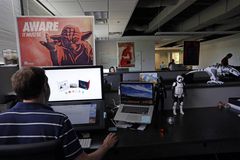 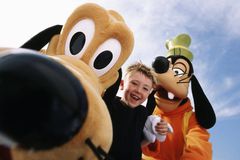