U.S. Federal Reserve officials in June saw the economy moving toward conditions that would support an interest rate increase, while also expressing concern about weak consumer spending and risks from China and Greece.

Members of the Federal Open Market Committee "saw economic conditions as continuing to approach those consistent with warranting a start" to interest rate increases at some point, according to minutes of June 16-17 meeting released Wednesday in Washington. All members but one "indicated that they would need to see more evidence that economic growth was sufficiently strong."

Fed officials in June forecast they would raise rates twice this year, while lowering their outlook for subsequent increases. Since then, global markets have been shaken by the rising risk of a Greek exit from the euro and a rout in Chinese stocks.

The minutes showed several Fed officials at the meeting "mentioned their uncertainty about whether Greece and its official creditors would reach an agreement and about the likely pace of economic growth abroad, particularly China and other emerging market economies."

Many members expected the economy to be near full employment by year-end if growth progressed as they expected. Officials in June expected the unemployment rate to average 5.25 per cent in the final three months of the year.

The minutes also showed officials were cautious about the economic outlook. Among their concerns were lingering consumer caution, and drags on investment and exports resulting from lower energy prices and a stronger dollar.

Inflation continues to linger below the central bank's 2 per cent goal, and global turbulence is posing new risks.

Investors will get fresh readings on the Fed's views of the economy when Janet Yellen speaks on Friday and delivers her semi-annual testimony to Congress next week.

"The world has changed, and Fed policy makers are data dependent," Laura Rosner, U.S. economist for BNP Paribas in New York, said before the release of the minutes. "These global developments have probably reduced their confidence in the outlook and raised uncertainty."

The Shanghai Composite Index sank 5.9 per cent on Wednesday, extending declines from its June 12 peak to 32 per cent. Economists forecast 6.9 per cent growth in China this year, the slowest in a quarter century.

Financial turbulence in China, the world's No. 2 economy, has pushed down prices of commodities, including oil, which has given up its gains for this year. This week, a gauge of six industrial metals from aluminum to zinc fell to the lowest since July 2009.

Fed officials are keeping an eye on declines in materials prices for signals of slowing global growth and a more prolonged period of low inflation, Rosner said. Fed officials have missed their 2 per cent inflation target for more than three years.

"They are watching this very carefully," she said, noting that BNP now expects just one Fed rate increase this year, in December, down from a previous forecast of two increases.

Forecasts released after the June meeting showed that officials expect to raise the rate twice this year. The Fed has held its benchmark interest rate near zero since December 2008.

While the median forecast for rate this year was unchanged, seven of 17 members of the FOMC now project either one rate increase or none in 2015, up from just three in March.

FOMC participants hadn't seen the June jobs report at the time of their meeting. While job creation advanced, with the economy gaining 223,000 positions, wages stagnated and the labour force shrank.

Between now and Sept. 16-17, when the next FOMC meeting followed by a press conference is scheduled, Yellen and the committee will see two more monthly jobs reports and several fresh readings on inflation, housing and retail sales.

Fed officials also meet July 28-29. There are no press conferences or forecast updates scheduled for that meeting. 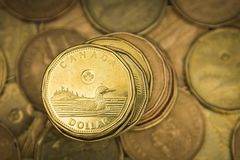 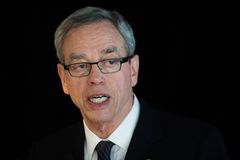