On Thursday, Dick Costolo made it very clear to anyone who will listen that it was his choice not to be the CEO of Twitter Inc. any more. He signalled to tech bloggers, shareholders, even Twitter, that he wanted to step aside, and was not pushed by the board or new/returning interim CEO Jack Dorsey.

Maybe so. But ultimately, it doesn't matter, because if we look back at his recent record, Mr. Costolo deserved to fire himself, and if he didn't do it, someone else would eventually.

Chart attack: Stock price isn't the only indicator by which you judge a public company, but it's not a bad proxy for market sentiment. Falling below your IPO debut price in less than two years is not great.

Back in April, Mr. Costolo sent the stock south when he revealed that "direct response" advertising rates had to be cut, which hurt revenues but said even more about media buyers' disinterest in Twitter's products.

"I don't think Twitter will realize its potential without being able to show advertisers more specifically what their performance on advertising is," Colin Sebastian, senior analyst at Robert W. Baird & Co., told Reuters. The stock was hurt further when on earnings day an early leak of disappointing revenues made Costolo and Co. look like the birds that couldn't tweet straight.

"Twitter is one of those cases where you are better off as a customer than a shareholder," said Jack Ablin, chief investment officer at BMO Private Bank in Chicago. "It's a great service but they are not able to monetize it."

He's not Mark Zuckerberg: He's an employee. Perhaps the worst thing that Mr. Costolo did was try to build a competing social network at the same time the Facebook machine marched toward a billion users. Twitter, today, has 302 million users. This was Facebook's decade, and we were all just living in it.

Also, it's possible his ambition just didn't glow as brightly as Mr. Zuckerberg's, who has become a billionaire many times over because he owns most of Facebook. The same is not true of Mr. Costolo: While being well-compensated, he has less skin in Twitter's game than others (venture capital investor Chris Sacca, for instance, who has been banging the drum for change at Twitter quite publicly for some time). Mr. Costolo is not a founding father of Twitter, he was brought in back in 2009 after co-founders Mr. Dorsey and Evan Williams struggled to keep pace with the demands on the platform. There have been five heads of Twitter in nine years, that's not a recipe for stability.

His contempt for developers hurt growth. Back when Mr. Costolo took over, the image most associated with Twitter's woes was the Fail Whale, a cute picture of a whale carried aloft by dozens of Twitter logo-looking birdies that only showed up when the site crashed, the most famous 404 error of its time. The Fail Whale hasn't been around much lately, but as it turned out Mr. Costolo hurt Twitter's technology platform in new ways.

"My biggest hope: the new CEO resuscitates Twitter's neutered, stagnant developer platform," wrote Jon Gruber, the widely read tech blogger at Daring Fireball. What he's referring to was that back in 2012, Mr. Costolo dramatically reduced the usefulness of the company's API (application program interface) for third-party software. Part of what grew Twitter initially was a welter of alternative apps that let users try new ways to view those millions of streams of users. Among the early victims of Twitter cutting off access to its "firehose" of data were photo-sharing services and a number of popular smartphone apps. Given the way mobile apps have eaten the desktop Web's lunch, that was a poor choice for a company looking to boost user growth.

Constant change, but no sense of direction. Without a strong third-party community, Twitter was left to innovate on its service in a virtual vacuum. Even Apple's iPhone software occasionally borrows good ideas from rivals. Twitter has no peers that perform similarly, but also no partners. I lost count a long time ago of how many times Twitter has redesigned its official app or its Web homepage.

Worse, not many of those changes have made a lick of difference to how I use Twitter. Cutting off Instagram was a pain, adding similar features to its own photo-sharing services was delayed a long time afterward. What are faves (those stars) even for now? And how many versions of the retweet are there? There's normal retweet, and quote tweet, but how are they tracked?

Direct messaging also got an update today – the character limit on individual messages was basically dropped – but Twitter has barely innovated on DMs despite the chat explosion of Facebook Messenger, Snapchat, WhatsApp, WeChat in China and Canada's Kik. DMs were one of the original private non-SMS messaging channels (so was BlackBerry's BBM), and at times the company has hid the function almost completely.

Total confusion on free speech vs. toxic trolls. Lastly, and this cannot be understated: Twitter has a massive problem with users abusing the free and open exchange of ideas on the platform to trash, smear and attempt to destroy their enemies. Twitter has started to toughen up on trollish behaviour: it recently banned the high-profile (if thoroughly odius) Chuck C. Johnson after he promised to "take out" an activist in the Black Lives Matter movement. Whether he meant harm to the man is in doubt, and a recent U.S. Supreme Court ruling on intent on social media spoke to the trouble society is having dealing with those who use heated, violent language in written posts.

Some might agree that being a tabloid journalist is worthy of a lifetime ban on Twitter. But when Turkish authorities tried the same stuff, shutting up journalists who were critical of the President a few years ago, there was widespread outrage. Freedom has its merits: Twitter is capable of being the home for a wide variety of useful social movements and creating entire internal cultures in ways that Facebook (which is far more activist about content) has more trouble with. The conflict comes down to whether Twitter is a network, or a publisher. If the former, it can allow a set of simple rules to govern its marketplace of ideas. If the latter, it can be as high-handed and capricious as it wants, but then that's a chill on using the network for unpopular speech. Mr. Costolo never showed that he had a lot of interest in finding a clear path forward on this thorny set of issues.

One note of context: The last people anyone should ask for an objective opinion about Twitter are journalists, who are by some metrics the most active users of the short-message blogging service. According to a deep dive by the CEO of U.K. hardware company Triggertrap (in what appears to be an expensive hobby of identifying power users of social media), media types make up a quarter of all "verified" users. The blue check mark was originally designed for celebrities so fans could ensure they were following the right Jaden Smith feed. But while actors, musicians and athletes have far more followers than journalists, people who get paid to write tweet far more (for free) than just about any other verified group. Journalists, myself included, love using Twitter. Back in March, Twitter turned nine years old, and Mr. Dorsey took the occasion to thank us all.

Opinion
Be not afraid: Benefits of smart technology are too great to ignore
May 15, 2018 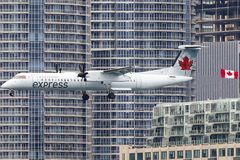 New Apple features a familiar game of catch-up to competitors
May 15, 2018 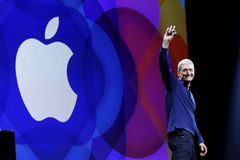 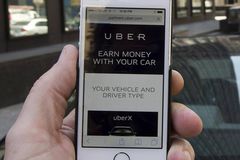