When Janet Yellen leads the Federal Reserve to its first interest rate hike in nearly a decade, widely expected as early as next month, she can count on at least one prominent economy watcher to avoid second-guessing the decision.

That would be Ben Bernanke, her predecessor as Fed chairman, who led the desperate retreat to near-zero rates in December, 2008, at the height of the worst financial crisis since the Great Recession. They have remained at rock bottom ever since.

Mr. Bernanke, who left his Fed post last year after eight tumultuous years at the helm, is determined to follow the tradition of former central bankers never commenting on policies adopted after their departure. But he does observe that raising rates is going to be a tougher call than many analysts believe, because of external threats.

"The main challenges for the U.S. right now come from outside our borders. A slowing global economy and potential financial risks around the world are probably the main headwind," Mr. Bernanke said in an interview from Washington. "That's essentially the balancing act that the Fed and other policy-makers have to address. Is the momentum in the domestic economy sufficient to overcome the drags that are coming from abroad?"

The biggest dangers lurk in emerging markets faced with China's slowdown, falling commodity prices and a stronger U.S. currency, which is taking a toll on companies that borrowed heavily in U.S. dollars but make most of their money in faltering local currencies. If the Fed reverts to tighter policy, the International Monetary Fund fears a wave of corporate defaults in the emerging world, where heavily indebted energy and construction companies, in particular, are already suffering from weaker demand and soft prices.

That, in turn, could threaten hard-won financial stability in the developed world.

"I don't want to sound like I'm second-guessing Janet Yellen. I think she's got enough things to worry about," said Mr. Bernanke, whose illuminating memoir of his tumultuous Fed tenure, The Courage to Act, has just hit the bestseller list. "It's a tough judgment call, and we'll need more data to see whether or not the U.S. economy continues to power forward or whether the global headwinds are going to slow that progress."

Still, much stronger-than-forecast U.S. job numbers released Friday – with more full-time employment than before the Great Recession – underscore the view that, even with inflation well below the Fed's 2-per-cent target, the U.S. economy has arrived at a point where it can handle a long-awaited return to slightly more normal interest rates.

The U.S. job recovery has actually been stronger than Fed officials had expected. The unemployment rate of 5 per cent – close to what most economists regard as full employment – is down sharply from a high of 10 per cent during the depths of the recession in 2009.

"The slow pace of overall economic growth is due primarily to very slow growth in productivity output per worker. That's something central banks have no control over and that only other policies [related to skills training, technology and other productivity boosters] could potentially address," said Mr. Bernanke, whose month-long book tour will bring him to Toronto on Thursday.

On the financial side, he lists regulatory reforms requiring stronger risk safeguards, tougher supervision and higher capital standards as key weapons in preventing future blowups from sweeping across the globe.

"I don't see any immediate risks of a new crisis, although that shouldn't be terribly comforting, because, by definition, they're very hard to anticipate. You can't say there will never be another crisis. But I do think that the system is much more resilient and better able to deal with a future shock."

Join The Globe and Mail for an interview with Ben Bernanke in Toronto on Nov 12, 2015. To buy your ticket, visit: tgam.ca/Bernanke

Ben Bernanke has no trouble pinpointing the worst days of his eight years as Federal Reserve chairman – the bleak period in September and October of 2008, when a rapidly spreading crisis engulfed the financial world in flames. The trigger was the controversial collapse of Wall Street heavyweight Lehman Brothers Inc.

Mr. Bernanke sets out in his memoir, The Courage to Act, to dispel some of the fog that still shrouds that period. This includes a persistent view that the Bush administration could have kept Lehman alive, but instead chose to leave its fate to market forces for political reasons. Another is that financial watchdogs didn't realize the extent of Lehman's connections and obligations to banks and other lenders around the world through complex derivatives deals.

Mr. Bernanke and then Treasury secretary Hank Paulson did their part to thicken the mist by failing to make it clear at the time that Lehman was beyond saving. They feared that an appearance of helplessness would further erode market confidence and ratchet up pressure on other troubled firms, which happened anyway.

"I make the case about as well as I can in the book why tools used in other cases [such as the Bear Stearns fire sale to JPMorgan Chase] just didn't work for Lehman," Mr. Bernanke said in an interview.

"Saving Lehman would have required either a buyer, which we didn't have, or capital to invest in Lehman, which we wouldn't have until the TARP [Troubled Asset Relief Program] was available some weeks later, after Lehman's collapse."

Officials were also aware of the dreadful consequences once it became obvious that no buyer would emerge for the sinking investment bank, whose damage was beyond repair even with an enormous bailout. "We had little doubt a Lehman failure would massively disrupt financial markets and impose heavy costs on many parties," Mr. Bernanke writes in his memoir.

"We did appreciate how interconnected it was," he told me. "For example, on Sunday, when we knew it was going to fail, we set up a program to try to unwind its derivatives positions in advance of the official bankruptcy."

But officials did not expect that one consequence would be a run on money market funds. Nor did they grasp the extent of the psychological damage to already nervous investors. Lehman's failure exacerbated the crisis "just by increasing fear and uncertainty," Mr. Bernanke said. "And it was hard to judge by how much that would occur."

Why asking when the Fed will raise interest rates is the wrong question
November 3, 2015 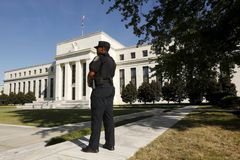