U.S.-based electronics retail giant Best Buy Co. is closing its 131 Future Shop stores Saturday and will re-open 65 of them in a week under the Best Buy banner in a bid to improve business.

Best Buy joins other retailers that are feeling the pinch of more shoppers making purchases online and giant e-commerce rivals such as Amazon.com Inc. stealing business. The shift to cyber buying is particularly acute in the electronics and computer field.

The Future Shop store closings come as U.S. discounter Target Corp. shuts all its 133 stores in Canada, while other failing retailers also are closing outlets, leaving a lot of retail space to fill in the coming months.

Best Buy said "a significant number" of its Future Shop and Best Buy stores are located near each other, often in the same parking lot, which resulted in overlaps and too much retail space.

After the Future Shop closures, the company will have a total of 192 stores across the country under the Best Buy name, including 136 large ones and 56 smaller Best Buy Mobile stores.

Ron Wilson, president of Best Buy Canada, said 80 per cent of customers are within a 15 minute drive to a store and "this won't change. We will continue to have a strong store presence in all major markets in Canada."

As a result of the consolidation, about 500 full-time and 1,000 part-time jobs will be lost, the company said. The affected employees will receive severance and help with outplacement support, it said.

Best Buy expects to post restructuring charges and non-restructuring impairments of between $250-million and $350-million, or 41 cents a share (U.S.) to 58 cents a share, it said. This includes $175-million (Canadian) to $225-million of cash charges, mostly tied to future rent obligations and severance, that will be paid over the next five years.

The company said it expects diluted earnings per share to be negatively affected in fiscal 2016 in the range of 10 cents (U.S.) to 20 cents a share, primarily because of a temporary increase in operational expenses related to the consolidation and store disruptions. But it doesn't expect the negative earnings impact to continue into future years, it said.

It said it will invest up to $200-million (Canadian) in Best Buy stores and its web site. It said it will launch major home appliances in all stores while increasing staff levels.

"Any decisions that impact our people are never taken lightly," Mr. Wilson said. "Our first priority is to support them through this change."

Earlier this month, Sharon McCollam, chief financial officer of U.S. parent Best Buy, told analysts that fourth-quarter sales in its international division dropped 12.4 per cent because of currency changes as well as a 4 per cent drop in same-store sales in Canada.

She said those sales at stores open a year or more – a key retail measure -- grew in the mobile phone category but "was more than offset" by declines in tablets, gaming and digital imaging.

Best Buy had already closed stores and let go staff in Canada over the past couple of years.

It cut 950 jobs at its namesake and Future Shop stores in early 2014 as it streamlined its business to take on tougher competition. The restructuring entailed consolidating sales departments and reducing management layers in Future Shop and Best Buy stores.

Best Buy Canada has tried to fight back, carrying out its own transformation plan under Mr. Wilson, who took over the top job in Canada in 2013. He opened 176 "stores-within-a-store" concepts, working with high-profile suppliers such as Microsoft and Samsung to give their fast-growing products more prominent space in the big-box Best Buy stores.

The company has also expanded its online offerings, introducing new categories and products including baby goods. 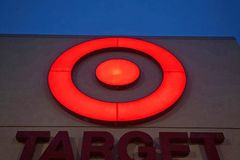 Working wisdom: How workers with disabilities give companies an edge
February 27, 2015 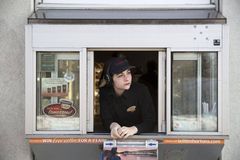