Time Warner Inc.'s HBO has appointed Oscar the Grouch and Elmo to lead its children's programming, part of an effort by the premium cable network to expand its audience at a time when fewer young people are watching conventional TV.

The network announced on Thursday a five-year deal with the nonprofit educational group behind Sesame Street to carry new seasons of the popular children's show.

The partnership will make the next five seasons of Sesame Street available exclusively on HBO as well as HBO Go and HBO Now, the network's streaming services.

The deal will let Sesame Workshop produce almost twice as much new content as previous seasons and make the show available for free to PBS and its member stations nine months later, HBO said in a statement.

Sesame Workshop will produce a Muppet spinoff series and develop a new original educational series for children for HBO, which has licensed more than 150 library episodes of Sesame Street, according to the statement.

While Netflix and Amazon subscribers have been able to watch old episodes of Sesame Street, that content will no longer be available on those services because of the HBO deal, according to Steve Youngwood, chief operating officer at the nonprofit Sesame Workshop.

The partnership could help HBO, which offers movies and television shows like Game of Thrones and Silicon Valley, attract more subscribers as TV viewing moves online. The premium channel has been expanding its offerings to reach a broader audience, recently announcing a major content deal with Vice Media, which is popular with younger audiences, and hiring former ESPN commentator Bill Simmons to host a weekly program and produce short-form videos for its streaming services.

HBO's Web-only service, which was introduced in April, is seen as a competitor to Amazon and Netflix, which has been expanding its library of children's TV programming.

In 2011, Netflix started a dedicated section for kids under 12 years old featuring TV shows and movies from the Disney Channel, Cartoon Network and others. DreamWorks is creating 300 hours of original kids shows exclusively for the streaming service, Netflix has said.

Rich Greenfield, an analyst at BTIG Research, said Netflix has retained subscribers by adding more children's content, calling it "a critical glue" to its service.

HBO is following a similar strategy to keep subscribers interested in its new online service, he said. While cancelling cable-TV service can be "painful," it's easy for people to drop online services like HBO Now if they don't have enough content to appeal to all members of the family, especially children, Mr. Greenfield said.

"They have to expand the programming to make it stickier," he said. "Otherwise it's too easy when a show ends to disconnect for a few weeks."

The deal comes at a critical time for Sesame Workshop. Historically, less than 10 per cent of the funding for Sesame Street episodes came from PBS with the rest financed through licensing revenue, such as DVD sales. Sesame's business has struggled in recent years because of the rapid rise of streaming and on-demand viewing and the sharp decline in licensing income. About two-thirds of children now watch Sesame Street on-demand and do not tune in to PBS watch the show.

PBS was not able to make up the difference, so Sesame was forced to cut back on the number of episodes it produced and the creation of other new material.

Jeffrey D. Dunn, chief executive of Sesame Workshop, said that the partnership with HBO would allow the group to continue to produce Sesame Street and to further its mission to help educate children.

"The partnership is really a great thing for kids," Mr. Dunn said. "We're getting revenues we otherwise would not have gotten, and with this we can do even more content for kids."

"Sesame Workshop's new partnership does not change the fundamental role PBS and stations play in the lives of families," Anne Bentley, a PBS spokeswoman, said in a statement, noting that PBS stations reach more children ages 2 to 5, more mothers of children under 6 and more low-income children than any children's TV network, according to Nielsen. 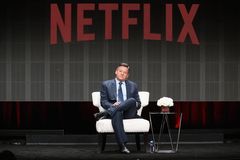 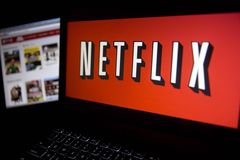 Film Review
I Am Big Bird: Sunny tale sweeps the clouds and negativity away
May 29, 2015 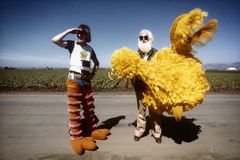