Hewlett-Packard Co. is embroiled in a bitter dispute with one of Britain's best-known business men over allegations that he engaged in a multibillion-dollar fraud to inflate the value of his company that HP bought last year for $11-billion (U.S.).

HP's decision to buy Autonomy Corp., founded by British tech guru Mike Lynch, was hailed as a critical step in the computer giant's reinvention. And for good reason.

But now both sides are engaged in a battle over allegations that Mr. Lynch falsified Autonomy's finances. On Tuesday, HP announced an $8.8-billion writedown on the purchase, and called in regulators in the United States and Britain to conduct a criminal investigation. If the allegations prove true, the writedown would represent roughly half the purchase price and it would be among the largest involving fraud in a takeover deal.

Ms. Whitman alleged that Mr. Lynch and other former Autonomy executives used "serious accounting improprieties" and engaged in "disclosure failures and outright misrepresentations" to inflate Autonomy's earnings and revenue before the HP purchase. It was all part of an apparently willful effort by Mr. Lynch to inflate the company's financial performance and mislead investors and potential buyers, she added.

Mr. Lynch shot back, calling HP's calculations "just mad" and claiming it mismanaged Autonomy after the purchase and is now trying to cover that up. The allegations "are completely and utterly wrong and we reject them completely," he told The Wall Street Journal.

Ms. Whitman's predecessor as CEO, Leo Apotheker, who orchestrated the deal, said he was stunned by the allegations. In a statement released Tuesday, he added that HP had done extensive due diligence before the purchase and was "meticulous and thorough."

The allegations marked another blow for HP, which wrote down the value of another purchase in August, a $13.2-billion deal for Electronic Data Systems Corp. in 2008. HP took an $8-billion writedown on that deal.

As a result of both writedowns, HP reported a $12-billion loss for the fiscal year ended Oct. 31, 2012. That compared with a profit of $7-billion a year ago. Revenue fell to $120-billion from $127.2-billion a year ago. Investors took note and drove HP's share price down 12 per cent Tuesday to $11.71 on the New York Stock Exchange.

Ms. Whitman, who arrived at HP last year from eBay, has been trying to reinvent the company, which still specializes in personal computers and printers. Many analysts remain unconvinced of her efforts, noting that the overall market for personal computers is falling as consumers turn to smartphones and tablets. They add that HP has been slow to introduce new products to stem the decline in sales.

Autonomy remains a key part of the turnaround, Ms. Whitman said Tuesday. "There is a big market opportunity for this business but operational improvements are needed to take full advantage of these opportunities," she told analysts on a conference call.

Mr. Lynch was also supposed to be part of HP's future. He started Autonomy in 1996, using research he had developed while pursuing doctoral studies in mathematics at the University of Cambridge. He turned his study into software that can find patterns in bits of data, enabling searches to be done with only fragments of information.

Autonomy grew rapidly, and by the time of the HP acquisition in September, 2011, it had roughly $1-billion in annual sales. By then, Mr. Lynch had become a tech superstar in Britain and something of a non-conformist. He named conference rooms at Autonomy's headquarters after villains in James Bond movies and lined the walls with portraits of famous mathematicians and physicists. He also took on analysts and London's financial community, criticizing them for not understanding the company and even shunning one analyst who dared raised questions about Autonomy's management structure and control.

After HP bought the company, Mr. Lynch stayed on to run it. But he became disenchanted last spring and left abruptly in April. On Tuesday he criticized HP for poor management. "There was a series of mismanagement steps," he told the Journal. "They lost hundreds of the talented people at Autonomy. The whole management team basically went out of the door. Sadly they are left with the results of having destroyed all that value."

Ms. Whitman said the alleged wrongdoing surfaced when a whistleblower at Autonomy came forward after Mr. Lynch left. She added that HP had relied on two accounting firms to review Autonomy's financial statements before the purchase and "neither of them saw what we now see after someone came forward to point us in the right direction."

Whitman says HP will take longer to turn around
October 3, 2012 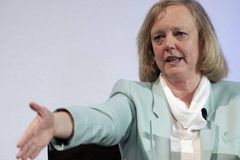 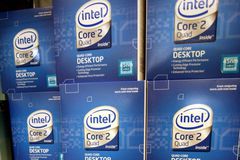