The Phoenix real estate market is suddenly experiencing something it hasn't seen in years: Bidding wars.

Phoenix used to represent just about the worst of the U.S. housing market, with suburbs full of empty homes and foreclosures running so high that investors gathered like vultures at the county courthouse to snap up distressed properties.

But like its namesake, Phoenix's housing market is rising. Foreclosures have dropped 20 per cent in the past year and the median house price has climbed about 25 per cent, making the city one of the hottest real estate markets in the U.S. But perhaps the most telling sign of a recovery is the return of heated bidding that has been a long time coming for agents like Maureen Porter.

"A good house in a good neighbourhood will go on the market for two days and they'll already have five or 10 offers," Ms. Porter said. "When I started my business [four years ago]there were around 56,000 homes for sale in Maricopa County [which includes Phoenix] Now there's about 12,000 homes for sale."

Ms. Porter said she recently took two clients from Vancouver to look at a 70-lot housing development in Goodyear, a community outside Phoenix.

"It was all dirt, there were maybe two homes built," Ms. Porter recalled. "We walked into the presentation centre and everything but two lots were sold out."

The housing market is showing signs of life across the U.S., with existing home sales and the median price up about 10 per cent year-over-year, hitting levels not seen since the summer of 2010. Sales and prices have been rising steadily for months, proof that the long-suffering real estate sector may have finally turned the corner. Buyers are returning thanks to an improved employment picture, record-low mortgage rates and near-bottom prices.

Housing is a critical component to the U.S. economy and improvements in the sector usually lead to a boost in consumer confidence, employment and spending. All of which is good news for the Canadian economy, as well.

The real impact of the recovery can be seen in places like Phoenix, Miami and southern California, which were among the hardest hit during the recession. The supply of homes for sale has dropped in all three locations as banks move quickly to unload troubled properties, often through "short sales" where mortgage holders get permission from lenders to sell their property for less than the amount owed. Banks often prefer short sales to foreclosures because they are a faster way to deal with borrowers.

In Miami, the median price is up 15 per cent from a year ago and the occupancy rates in downtown condominiums is 94 per cent. Southern California has a four-month supply of homes for sale, roughly two months less than what is considered a healthy market, and foreclosure sales have reached a four-year low.

Phoenix offers some of the most dramatic evidence of the turnaround. This is a city where house prices fell by up to 50 per cent during the recession and people walked away from their homes in droves, leaving vast stretches of empty neighbourhoods. Today the number of homes listed for sale has dropped by 64 per cent in the last year and foreclosures have fallen by 20 per cent. The market has tightened up so much that prices are jumping 5 per cent each month and buyers are competing fiercely for just about anything that's available.

"We've now got a fully fledged buying frenzy going on while people try to buy something before they miss the boat," said Michael Orr, director of the Center for Real Estate Theory and Practice at Arizona State University.

Last week there were roughly 12,000 homes listed for sale across the city. That compared to more than 50,000 around the same time last year.

Despite the current boom, the market still has a long way to go. The median price is now about $135,000 (U.S.). That's still well below the peak in 2006, when it reached $265,000, and it puts prices at about the same level as in 2000. And although the number of existing homes sold in April across the country rose to an annualized rate of 4.6 million, economists say a healthy U.S. housing market would see almost 6 million sales of existing homes a year.

Much of the activity is also being driven by outsiders, many from Canada, eager to snap up investments. In Phoenix, the number of "investor flips," people who buy houses and then re-sell them quickly for a profit, has increased 31 per cent year-over-year, according to Mr. Orr.

But with prices rising quickly, good deals are harder to find. Three years ago, dozens of investors lined the steps of the courthouse in downtown Phoenix to bid on foreclosed properties, many going for well below $100,000. This week only a handful of bidders showed up for the auction and just four houses sold.

"The days of getting a property under $125,000 are slim to nil," said Diane Olson, a real estate agent who caters largely to Canadians.

The question for many agents like Justin Lombard is whether this is a blip or a real recovery. He is cautiously optimistic.

"We've seen such steady progress in the way of inventory absorption that I'd be really surprised if we took a big backward step," he said. "We hit bottom a long time ago. It's just that a lot of people didn't realize it because our bottom was so bad."

new
Toronto's push to higher home prices leads other cities in April
May 25, 2012 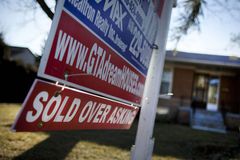 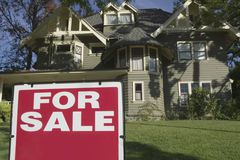 How two property moguls overcame their differences and landed their dream tower
May 25, 2012 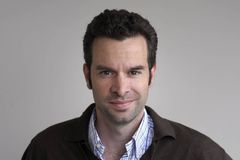