The latest U.S. fiscal crisis has all the drama and political rhetoric, but lacks something that previous budget battles had in excess – the prospect of economic disaster.

But "significant" is proving insufficient to move Republicans, who won their districts on promises to slash government spending, and who still are smarting from being outmanoeuvred by President Barack Obama into acquiescing to tax increases in the aftermath of the election.

"It's absurd to think that the government cannot get by with a little more than a 2-per-cent reduction in spending when every working American had to figure out how to make due with 2 per cent less in their paycheques last month," Mitch McConnell, the top Republican in the Senate, said Wednesday.

Lawmakers are discussing various proposals to blunt the "sequester," but there was a distinct lack of urgency to embrace a particular fix before midnight Thursday. Mr. Obama summoned congressional leaders to the White House – on Friday, after the cuts already will be in motion.

Sequestration – an arcane term that describes the withdrawal of money the government had already allocated – could reduce gross domestic product by 0.6 percentage points in 2013.

Government departments and agencies would be forced to cut their spending by 10 per cent by September, the end of the current fiscal year.

That would hurt, but as contemporary budget battles go, it's small stakes. The "fiscal cliff" agreement on Jan. 1 averted an unprecedented tax increase that most economists agreed would have caused a recession.

In 2011, global stock markets gyrated for days as lawmakers waited until the 11th hour to raise the debt limit, an even bigger exercise in brinksmanship – one that caused Standard & Poor's to strip the U.S. of its triple-A credit rating. This week, stock markets generally are buoyant, and a new survey by the Conference Board showed consumer confidence is strong amid rising home prices and a signs of life in the labour market.

"The numbers really aren't that big," Tony Fratto, a partner at Hamilton Place Strategies, a Washington-based consultancy, and a former deputy press secretary in George W. Bush's White House, said of sequestration. "From a macro standpoint, it's really not that big a deal."

The reason for the political deadlock is familiar: Mr. Obama and Democratic leaders want to replace some of the spending cuts with tax increases, which Republicans refuse.

Mr. McConnell was pushing a proposal that would allow Mr. Obama to fine-tune the "sequester," so long as the aggregate reduction in spending remains the same.

But Democrats and Republicans alike were split on the idea, as many lawmakers balked at ceding their constitutional authority to allocate taxpayers' money. Reports also indicated the White House was cool to the proposal, sensing a trap, as the President would be forced to take sole responsibility for diminished government services and furloughed public servants.

For much of February, the Obama administration has been engaged in an aggressive campaign against "sequestration," warning of everything from longer waits at airport security checks to reduced medical benefits for seniors. Opinion polls suggest the President has been only partly successful, as a significant proportion of the population says the cuts should go ahead.

On Wednesday, Fitch Ratings, one of the world's three main credit-rating agencies, said time was running out on the United States to get its fiscal house in order. "Further delay in reaching agreement on a credible medium-term deficit reduction plan would imply public debt reaching levels that is inconsistent with the U.S. retaining its 'AAA' status, despite its exceptional credit strengths," Fitch said in a report.

Yet even Fitch left the U.S. authorities some wiggle room. It said it would reassess the country's credit status over the course of the year, and said sequestration wouldn't negatively affect the rating. 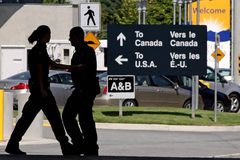 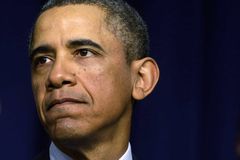