U.S. lawmakers will work through the weekend in search of a resolution to their budget impasse, buoyed by a sudden burst of conviviality even though it remained unclear how Democratic and Republican leaders would erase their differences.

President Barack Obama waited until stock markets closed on Friday to sprinkle cold water on House Republicans' offer to raise the debt ceiling for six weeks to create space for a broader negotiation on spending priorities.

White House spokesman Jay Carney told reporters the President had doubts about a scenario that "creates a dynamic that is very similar to the one we're in now." Still, Mr. Carney reported that Mr. Obama and Mr. Boehner spoke by telephone on Friday afternoon, had a "good conversation," and that dialogue would continue.

The thaw in Washington removed the chill that had beset financial markets over the past couple weeks, as politicians oversaw the cessation of all non-essential services and expressed a willingness to allow the United States to default on its debt if their demands went unmet.

Stock prices surged on Thursday and Friday, pushing the Standard & Poor's 500 Index and the Dow Jones Industrial Average to their highest levels since the later part of September. Wall Street is betting that politicians will drag their country to the brink, but avoid going over the edge – as they have done many times since 2010, when Republicans regained control of the House of Representatives and resolved to confront the President at every opportunity.

"We believe that reckless rhetoric from both sides of the political battle in Washington does not imply reckless decisions will be reached in the end," Richard Hoey, chief economist at BNY Mellon, a New York-based bank, advised his clients in a report on Friday.

The brink this time comes on or around Oct. 17 – the day the Treasury Department says it will run out of ways to stay below its current $16.7-trillion (U.S.) debt ceiling.

Without the legal ability to issue debt, the administration would have to forgo payment of its obligations or cut spending dramatically. Either scenario could cripple the U.S. economy, which would send ripples around the world.

"The U.S. needs to take urgent action to address short-term fiscal uncertainties," the finance ministers and central bankers from the Group of 20 major economies said in a statement on Friday after a meeting in Washington. The elements for a weekend agreement were coming together on Friday.

Mr. Obama met with the 46 Republicans in the Senate, and discussed a proposal being put together by Maine's Susan

The President "may not want to call it a negotiation; that's what I would call it," Ms. Collins told reporters on Capitol Hill, a reference to the White House position that it will not engage Republicans under the threat of default and until the government reopens. "And I do view it as progress."

Senate Majority Leader Harry Reid said on Friday that the House Republicans' proposal to lift the debt ceiling for six weeks was too short. He was planning to hold a vote on Saturday on legislation that would increase the borrowing limit through 2014.

The manoeuvring may look counterproductive, but this is often how Washington finds the middle ground.

Significantly, the Republican leadership this week stopped linking the debt ceiling to changes in Mr. Obama's 2010 health law, his signature domestic policy achievement. No one but the most ardent in the Republican Party thought the President would agree to rewrite it.

Going into the weekend, the key players for the first time are discussing issues on which they are willing to grant concessions. "The talks have been constructive," Mr. Carney said. "We're in a better place than we were a few days ago." 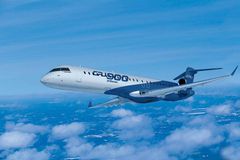 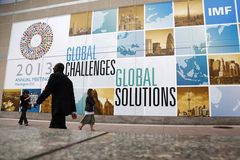 Investors should look past current U.S. turmoil to the long term
October 10, 2013 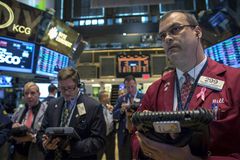