The top Democrat and Republican in the Senate emerged from a Friday meeting at the White House promising to work through the weekend to negotiate a deal to keep the country from going over the "fiscal cliff" next week.

Saying he was "modestly optimistic" an agreement can be reached before Monday's deadline, President Barack Obama indicated he was counting on Democratic Senator Harry Reid and Republican Mitch McConnell to craft a deal that at least partially unwinds more than $500-billion (U.S.) in tax increases and spending cuts set to take effect in January.

If the senators cannot agree, Mr. Obama is calling for an up-or-down vote (without amendments) in both houses of Congress on his proposal to renew Bush-era tax cuts only for Americans making less than $250,000, and to extend federal unemployment benefits. Those measures would blunt the impact of going over the so-called cliff, but their passage would require Republican House of Representatives Speaker John Boehner to turn his back on his own caucus.

"The hour for immediate action is here," Mr. Obama said in an appearance late Friday. in the White House briefing room. "The American people are watching what we do now. Obviously, their patience is already thin. This is déjà vu all over again."

After weeks of stalemate, it remained unclear whether the final push by Mr. Obama and the Senate leaders represents a concerted attempt to get a deal or a perfunctory gesture aimed at placating angry voters. persuading angry voters they are embodying the spirit, if not the letter, of the "Come Together" message emblazoned on Starbucks cups in the capital this week.

Stock prices sank through the afternoon meeting as markets digested the realization that even if a last-minute deal is made, it is likely to be a minor one that does not address the longer-term fiscal challenges Mr. Obama set out in November to fix.

While Democrats and Republicans agree a sudden half-trillion-dollar dose of austerity would sink the economy in 2013, the parties remain at loggerheads over Mr. Obama's demand that income taxes go up on households earning more than $250,000.

One possible compromise being floated Friday involved setting the threshold for higher tax rates at $400,000, renewing federal jobless benefits for the long-term unemployed and postponing the start date for $110-billion in spending cuts for 60 days.

Passed by Monday's deadline, those measures would undo about half of the fiscal contraction scheduled to take effect. The next Congress, to be sworn in Jan. 3, would be left to work out deals to replace $110-billion in across-the-board spending cuts with longer-term measures and to raise the $16.4-trillion federal debt limit.

While the attention during the weekend will be on Mr. Reid and McConnell, it will ultimately be up to Mr. Boehner to decide whether to allow a House vote on a bill that most of his caucus would not support. Under the so-called 'majority of the majority' rule, speakers usually only allow House votes on bills that rally more than half of the majority party's members. A bill raising tax rates on those earning more than $250,000 would not meet that threshold.

While national polls suggest Republicans would get most of the blame if the country slides off the "fiscal cliff," such surveys are of little importance to the vast majority individual GOP House members. They represent highly conservative districts and are more worried about a primary challenge from the right than losing a general election.

Mr. Boehner has walked a tightrope trying to persuade his caucus that the party's longer-term interest lies in broadening its appeal among centrist voters, while courting the risk that any talk of compromise could produce an open revolt that costs him the speakership. 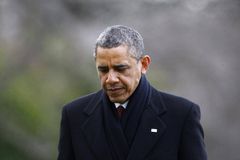 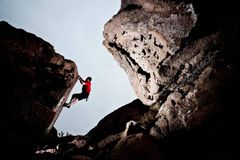 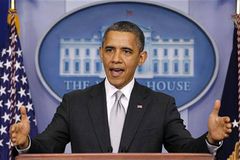