The new boss of ailing Sears Canada Inc. is counting on benefiting from the sudden retreat of U.S. discounter Target Corp. from this country.

The U.S.-owned department-store retailer has picked up two fashion lines that Target had exclusive rights to carry in Canada: Cherokee apparel and shoes and Liz Lange maternity clothing. Both were among troubled Target's stronger brands and are still in its American stores.

Ron Boire, chief executive officer of Sears Canada, said he's looking at other opportunities for other labels. The retailer also announced on Thursday it will launch a Wayne Gretzky men's apparel collection this fall.

Overall Sears expects that Target's departure will leave it in a stronger position, especially in women's and children's wear, home goods and footwear, he said.

"They were a strong competitor in those categories," Mr. Boire said in an interview after the company's annual meeting.

"They took business out of the market when they came. That business, I think, will go back to us and some other people in the business now that they've exited."

"It's encouraging," Mr. Bouchard-Phillips said, declining to say how many shares his Montreal-based firm owns.

Mr. Boire, a seasoned merchant and former executive at parent Sears Holdings Corp., is focused on shifting to better performing products and ditching under-performers while bolstering operational systems and eyeing further asset sales. He's rolling out his initiatives at a time when retailers face fewer pressures -- for now -- after Target left following two tumultuous years in the sector.

Sears is dropping its ailing electronics department, a move that reflects the recent decision of electronics giant Best Buy Canada to close its Future Shop chain as more customers buy those products at low-cost online rivals. Sears is replacing the items with mattresses, a segment in which the retailer is a market leader and makes money, Mr. Boire said.

It also is reducing its tool and hardware section by more than 50 per cent, he said. At the same time, it is expanding other categories whose prospects are more promising, including vacuums, fitness equipment and fitness apparel, he said.

"There are no protected categories at Sears Canada when it comes to producing a profitable, desirable portfolio of products," he said.

He said Sears is using its store at Fairview Mall in Toronto as a lab for its transformation efforts.

Last year it tested a "white glove" approach to deliveries and a concierge service in its home stores, which carry mattresses, furniture and major appliances.

Its white glove delivery pilot was aimed at customers who purchased more than $1,500 of appliances. They received a phone call from a Sears employee who verified the order, provided delivery information and oversaw the order to the end in a personalized way.

The test resulted in error rates tumbling by 75 per cent for the customers in the trial, he said. The reduced errors included wrong delivery dates and addresses. The company is now introducing nationwide the program, which Mr. Boire called a potential "game changer" for selling pricier items.

"The early math says that every dollar we spend investing in that phone call and that relationship comes back in cost reduction and trucks that don't have to roll out for products that don't have to get returned to the D.C. [distribution centre]," he said.

Another focus is marrying physical and online shopping, which mirrors the strategy of many retailers in today's digital age. Between 50 and 70 per cent of products carried in Sears stores are available on its website, Mr. Boire said. In the future, only about 50 per cent of items carried on its online site will be stocked in its stores, he said.

To back the changes, Sears is making significant investments in its information technology systems, he said. It will spend about $54 million on IT and store upgrades in 2015, roughly the same as last year, he said.

In trying to cash in on Target's retreat, Sears has hired "dozens" of former Target employees, including some at its head office in Toronto, he said. It plans to launch the Cherokee and Liz Lange fashions in the spring of 2016.

Mr. Boire, who took the top job six months ago, said he still commutes to Toronto from his home in Warwick, N.Y. But he said he learned from Target's failure here how different a market Canada is from the U.S. and how cautious Canadian consumers can be, both in their spending and taste for trendy products. 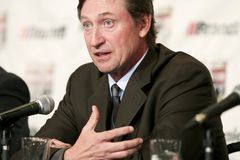 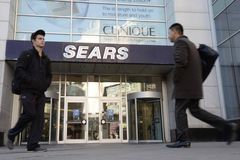